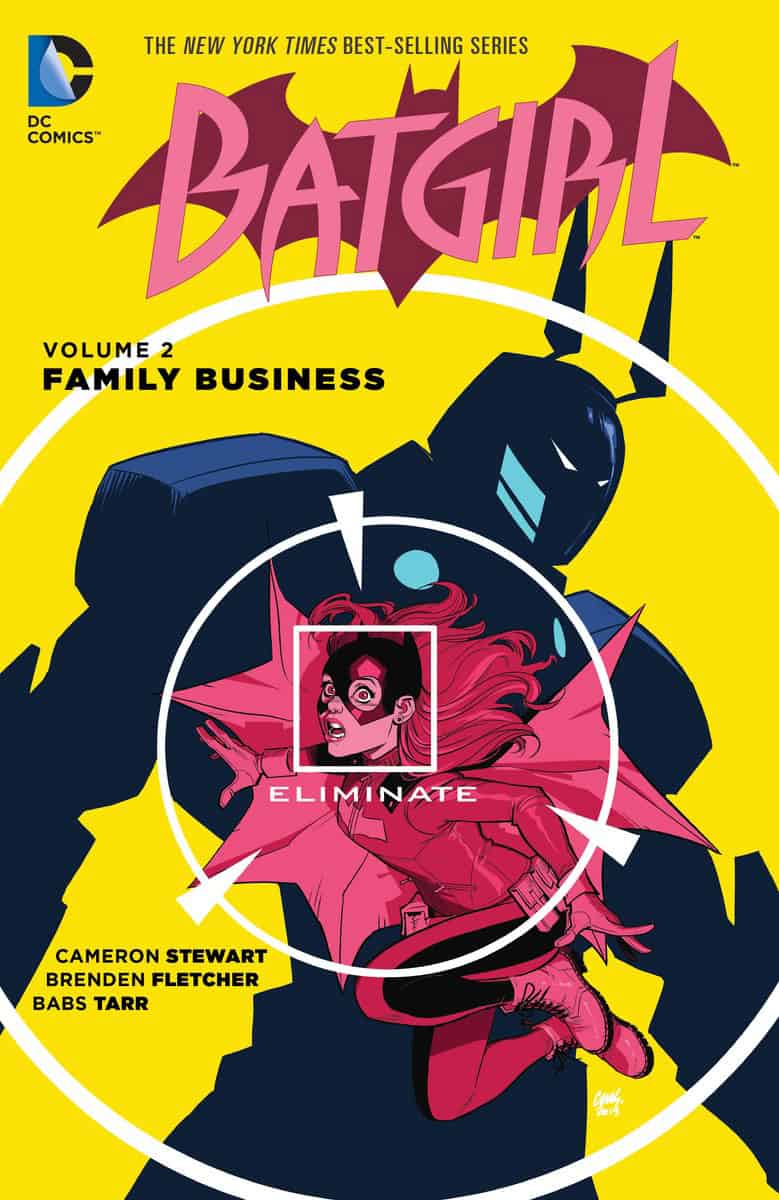 Batgirl by Brendan Fletcher, Cameron Stewart, and Babs Tarr is an interesting creature within the Bat-titles. It eschews the gritty noir atmosphere that tends to define the Gotham-centered series and favors an optimistic fun, even as Babs struggles with both supernatural and mundane antagonists. While Batgirl is an effective detective and crime-fighter, and her fights with villains are a blast, that’s only half of the story. The other half is her relationships with her friends, her father, and her love interests. Although anyone could easily enjoy Batgirl, the title is acutely suited for teen girls and young women.

Chief among the volume’s concerns is the new Batman–Babs’ father, Commissioner Gordon. He’s donning an armored suit for his crime fighting, and his goal is to clean the vigilantes, including Batgirl, off the streets. Batgirl wants Batman to trust her and twice he lets her go after she assists him in nabbing a villain. Meanwhile, Gordon opens up to Babs that he’s the new Batman, not wanting to keep such an important secret from her. The problem is that Babs doesn’t trust him enough to tell him she’s Batgirl, and the tension of his trust and her lack of it creates a compelling dramatic irony. Like most heroes who keep a secret identity, she does so out of concern for his wellbeing, and perhaps anticipating his disapproval. Still, her reticence after his reveal seems like the wrong move.

See also  'Lucy' is the guiltiest of pleasures

The trust issues extend to her friend Frankie, who wants to take a more active role in their crime fighting. However, Babs doesn’t want her in the field, fearing she’ll get hurt. Luke Fox, Babs’ new love interest, the former Batwing and son of Lucius Fox, points out that Frankie is a grown woman, and the more Babs tells her she can’t do something, the more she’ll want to do it. Luke is absolutely right, as Frankie has taken Babs’s insistence that she stay behind the computer as indication that she’d better just do the fieldwork behind Bab’s back.

Babs is also feeling the strain of balancing her two lives. Her best friend, Alysia, is getting married, and Babs is the maid of honor. Except every time she’s needed to help decide on a menu or pick out a dress, she gets called away on Batgirl business, including one save of her best friend’s soon-to-be spouse. Luckily, her friend is incredibly understanding. Fletcher and Stewart beautifully depict the same-gender wedding of Babs’ friends. It is an event depicted with earnestness, empathy, and love. As normal and miraculous as any lifetime commitment of love. But since this is Batgirl, there are plenty of hijinks in there too. 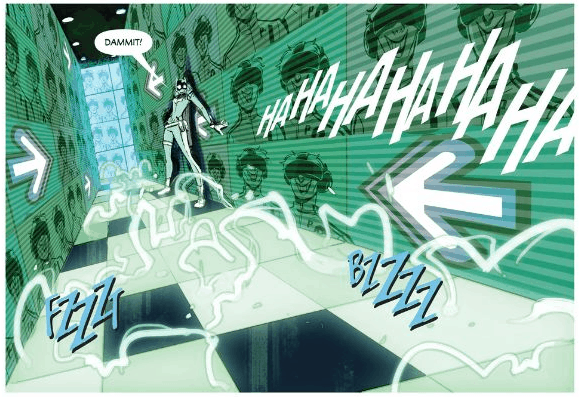 The volume features main villains Co-op, Livewire, and Velvet Tiger. They have interesting motivations but also wonderfully campy executions. Co-op feels like Joker remixed by Daft Punk. Batgirl also pals around with a number of Bat-allies, including Spoiler, Batwoman, Maps and Olive of Gotham Academy, and Dick Grayson, surprisingly back from the dead. The storyline with Grayson is especially fun. When he attempts to disguise himself, she recognizes his unmistakable butt. Later, when he decides to reveal himself to her, he also reveals his romantic feelings for her. In a traditional romantic story, she’d be swept up by his expression of love and drop everything to be with him. But Batgirl is better than that. Instead she tells him she’s glad he’s not dead, but she’s happy in her life right now and he should respect that.

It’s this kind of reversal of normal tropes that makes Batgirl great. Her yellow combat boots and tactical thigh holster make for a practical, unsexualized crime fighting outfit. Her intelligence lacks the common emotional detachment (think Sherlock or Batman). She’s strong and independent without seeming masculine (think Katniss). In fact, she reminds me quite a bit of Buffy the Vampire Slayer, a compliment not frequently bandied about.