John Candy, a Canadian actor, was one of the greatest comedians of the ’80s. His roles mostly fall in the supporting category but he did manage to be in the lead in some movies too which is by the way a hit. He gained fame as a member of the Toronto branch of Second City and through his appearances in comedy films.

In the mid-nineties, while filming the western spoof of “Wagons East”, he died of a massive heart attack. His premature death was a shock as he was at the height of his career.

Thousands of people loved Candy’s oafish charm. His movies brought joy to audiences across the globe. Here’s a look back at some of his best. 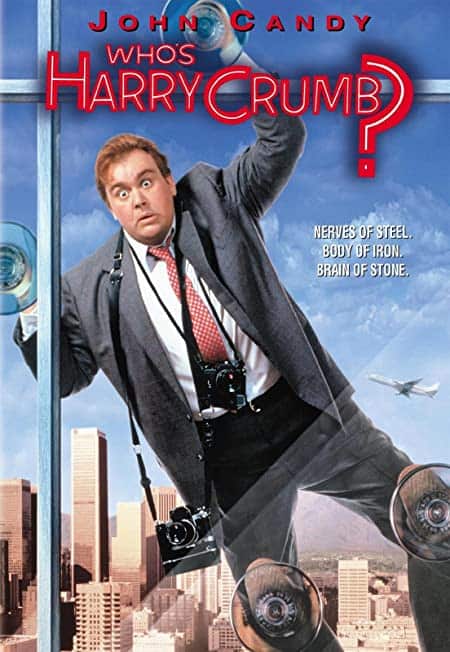 John Candy stars as an inept private investigator in this 1989 comedy. It is a shining example of why Candy was a master of comedy. Throughout the film Candy adopts numerous disguises that are reminiscent of his days as a member of the famed Second City comedy troupe. In that role, Candy was known for his improv skills, and he puts them on full display here. The film will appeal to anyone that is a fan of the actor’s early work.

Candy is hired to solve the kidnapping of a girl from Beverly Hills. The young lady is the daughter of a wealthy businessman who seeks the help of Crumb & Crumb, a detective agency that was founded by Harry’s family.

The president of the agency wants Harry out, so he assigns the bumbling investigator the case in the hopes that Crumb will fail. Harry must solve the crime, but in the process, he must also seek to save the detective agency that is his family’s legacy from the grips of a shyster. 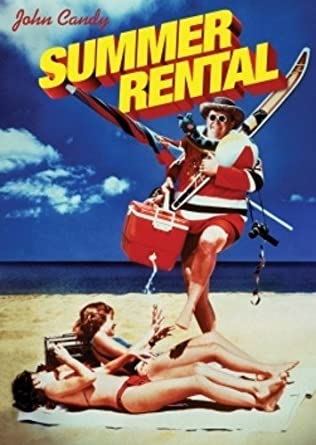 This comedy film pairs Candy with the legendary director Carl Reiner. It was released in 1985 and received mild reviews at the box office. Nevertheless, it has become a cult classic for John Candy’s legion of fans.

It features the special brand of comedy that Candy was known for. He shuffles his way through the film and encounters many misadventures that create hilarity. Candy’s co-stars in this film include Richard Crenna and Rip Torn.

Candy’s character is an air traffic controller named Jack Chester. When Chester almost causes a mid-air collision due to a fly on his screen, the bosses believe that he is working too hard and needs a break. Jack decides to take his family on a vacation for the entire summer at a resort.

The Chester family sticks out like a sore thumb around the wealthy residents of the resort, and soon Jack is cajoled into a sailing competition to put down the snobbery directed at his family. This is a wonderful film for those who find themselves cheering for the underdog. 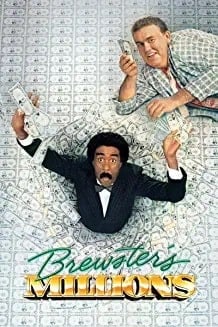 Brewster’s Millions is one of the films that launched John Candy’s career as a movie star. Released in 1985, the film joins John Candy with Richard Pryor in the story of a washed-up baseball player that suddenly becomes an overnight millionaire.

Candy and Pryor are perfect together, and it’s a shame that they never again had the opportunity to work together on a film. John Candy was a co-star in this film that was developed to showcase the talents of Pryor, but the lovable Canadian almost steals the show with his hilarious scenes.

In the film, Pryor’s character has suddenly left an inheritance of $30 million dollars, but there is a catch. To claim the full inheritance he must first spend $1 million in one month with nothing to show for it.

Candy plays the lovable sidekick who tries to help Pryor spend the money. The two of them learn valuable lessons about the true value of money, and they also realize that no amount of money will bring happiness to someone that is unfulfilled. 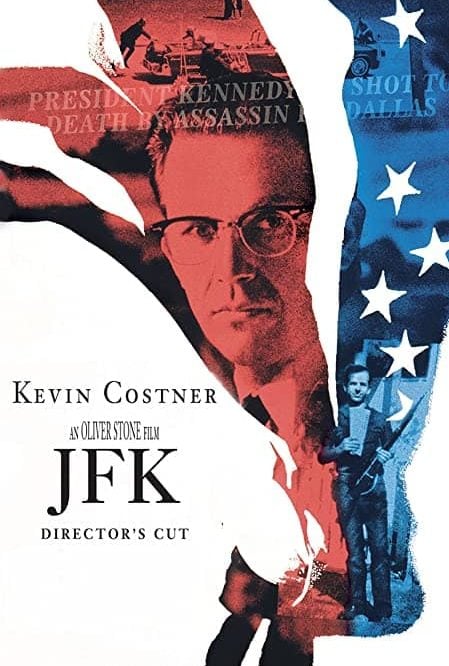 In a rare departure from comedy, John Candy plays a dramatic role in this Oliver Stone feature about the assassination of President John F. Kennedy.

Although Candy’s role is a small one, it is an important part of the film. Candy proved with this picture that he could tackle more demanding roles. It is recommended for anyone who wants to observe the true depth of John Candy’s acting skills.

In JFK John Candy plays Dean Andrews, Jr., a New Orleans attorney who finds himself involved in the investigation launched by Jim Garrison into the Kennedy assassination. Candy manages to capture the essence of this real-life character. Andrews made headlines with his behavior during the trial of Clay Shaw.

His slick persona is a perfect fit for John Candy, and the moments of the film that feature Candy are some of the most entertaining to watch. It would have been amazing to see Candy cast in more dramatic roles, but his untimely passing deprived fans of that opportunity. 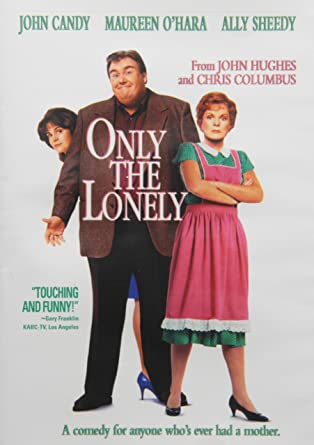 In 1991 John Candy was at a crossroads in his career. He made the difficult choice to forsake his unique style of comedy and pursue more dramatic roles. Only the Lonely teamed up Candy with Ally Sheedy, another popular 80’s star who was on the downside of a successful career.

While the film does have some comedy, it is primarily a drama that explores Candy’s relationship with his mother. She still sees her son Danny as a child and refuses to let him out of her controlling grip.

When Danny meets and falls in love with Theresa, his mother is unprepared to share her son’s affection with another woman. The movie takes some emotional turns as Candy spreads his dramatic wings. Some may find it difficult to see John Candy in a role that doesn’t serve up traditional humor or slapstick.

There is a general consensus, though, that Candy turned in an exceptional performance in this film. If only there had been more time for the actor to pursue serious film roles, who knows how he might be remembered by his fans today? 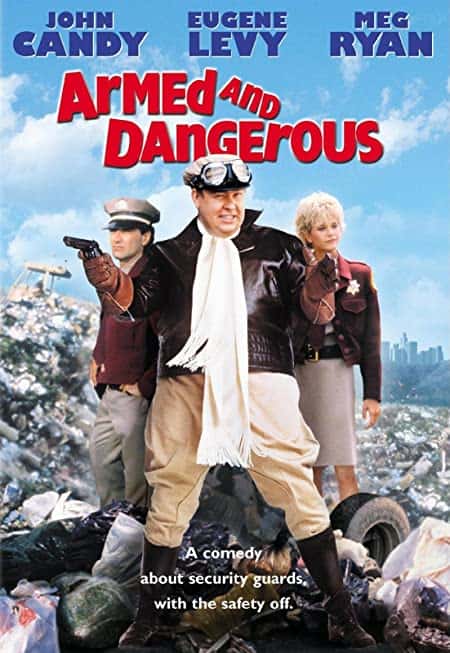 This was one of John Candy’s least successful ventures. Although it did poorly at the box office, the movie did give Candy a chance to reunite with one of his Second City cast mates. He joins Eugene Levy in this tale of two security guards who get caught up in the investigation of a major crime. Levy and Candy work well together as a comedy duo. They also starred together in Splash, a film which also makes this list.

Candy’s character Frank is a former police officer who has been unjustly fired. He befriends lawyer Norman, played by Levy. Frank and Norman are out of work and need to find jobs in order to survive. They are hired by a security company to serve as guards.

It doesn’t take the two of them long to discover that there are some strange things happening at the security company. Frank and Norman eventually save the day while making the audience laugh at their misadventures. Even though it was poorly received, those who like pure slapstick comedy should check it out. 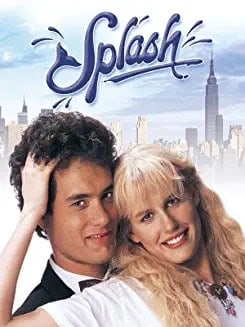 This Tom Hanks film was one of the most iconic movies of the ’80s. Also starring Daryl Hannah, Splash includes John Candy in the role of Hanks’ brother. The two of them operate a produce business. Soon their lives are turned upside down when Hanks discovers a mermaid after an accident on the water. Ron Howard directed this film which was an initial disappointment at the box office.

John Candy’s character Freddie provides some of the film’s genuinely funny moments. He’s a womanizer and much different than his brother Allen. Freddie cannot understand why Allen is so distracted of late.

He has no idea that Allen has become romantically involved with the mermaid that he found on the beach. All of the characters in the film are dealing with their own brand of rejection. Candy’s character comes across as extremely vulnerable. This is a great film for anyone that grew up in the ’80s. It has a great soundtrack, a beautiful woman, and a heartwarming story.

See also  Survivor: One World, Ep. 24.03, “One World is Out the Window”: The chickens rule the roost 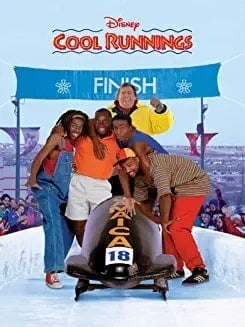 Some say that Cool Runnings was John Candy’s finest work on the film. It was released in 1993 during the final years of John Candy’s life. The film represented a comeback for the actor after his success in the ’80s. It is a fictionalized account of the first Jamaican bobsleigh team to compete in the Winter Olympics. Candy plays the coach of the team. It was directed by Jon Turteltaub, and it grossed over $150 million in box office sales.

Candy is recruited to coach the Jamaican athletes because no one else will take the job. He plays Irving Blitzer, a disgraced former Olympian who was caught cheating and banned from competition. The quest to get the Jamaican team to the Olympics is as much about redemption for Blitzer as it is helping the athletes win a medal.

Both team and coach battle their own unique form of prejudice as they try to elevate themselves and earn the respect of the whole world. Anyone that appreciates films where a character must try to overcome overwhelming obstacles in the pursuit of success will want to see this John Candy classic. 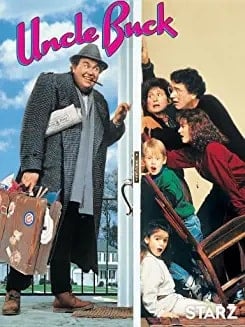 Many will argue that Uncle Buck was the role that made John Candy a star. He plays an irascible uncle that is called upon to take care of his nieces and nephews following a family emergency. The film notably features Macaulay Culkin in his first major role as Candy’s nephew.

This film was directed by John Hughes, and it is typical of the films that defined Hughes’ career. It is filled with comedy but features a poignant twist that will appeal to those who like an emotional ending.

When Cindy Russell’s father suffers an unexpected illness, Cindy and her husband Bob are forced to find a babysitter for their three children. After all, options have been exhausted Bob suggests calling his brother, Buck.

Buck doesn’t have the greatest reputation. He drinks, smokes, and gambles. Cindy objects but there is no other choice. The film follows the adventures of Uncle Buck and the three children as they all struggle to embrace one another as family. 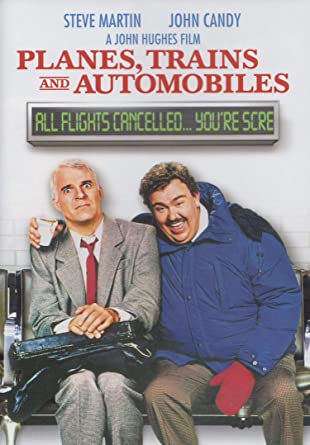 No list of the best John Candy movies would be complete without what is arguably his best performance. Candy stars alongside Steve Martin in this holiday classic that chronicles the misadventures of two men trying to make it home for Thanksgiving. One of them is hiding a painful secret that will unite the two strangers as they encounter multiple difficulties on their holiday road trip.

Candy’s portrayal of Del Griffith is a pleasant mixture of humor and sadness. One cannot help but fall in love with the character. Martin does a stellar job as the straight man, prompting one to wonder how many great films these two legends could have made together. Directed by John Hughes, this film features the heart-rending conclusion that Hughes has become known for.