Luke Evans breakthrough movie was Clash of the Titans 2010 remake.

He shot to stardom in Fast & the Furious 6 playing Owen Shaw (the antagonist).

Since Clash of the Titans, he’s been in a good number of movies and projects.  Here are Luke Evan’s 10 best movies. 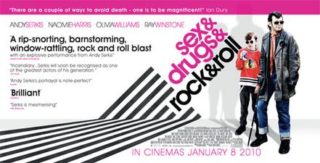 Sex and Drugs and Rock and Roll received a Rotten Tomatoes score of 78%. The film tells the story of New Wave legend Ian Dury. Dury struggles with polio and relationship issues all while trying his best to be a good father and to keep his popularity and success in the music industry steady. Its unique style of direction and great acting are mixed with a very interesting and occasionally heartwarming plot, making the film a great watch for anyone who enjoys the art of cinema or is a fan of Dury’s work. Luke Evans has a small role as Dury’s ex-wife’s new husband, Clive Richards. Despite his role being small, Evans plays a great foil to Andy Serkis’ Ian Dury in the scenes they share together – usually those of a dramatic nature. This was one of Evans’ first major roles, which he did very well in, showing off his natural talents for acting. Recommended to both film and music fans alike! 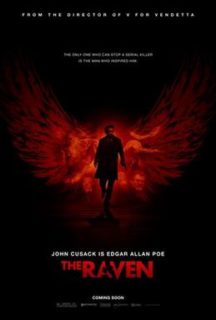 The Raven received a Rotten Tomatoes score of 22%. It’s a period piece (set in 1849) that shows the fictional final days in the life of Edgar Allen Poe. Poe, played by John Cusack, sets out to find a murderer who bases his murders on Poe’s works. In his investigation, Poe is assisted by Inspector Emmett Fields, played by Luke Evans. The film was savaged by critics – some claimed it was the worst film of the year. However, this is simply not the case. Both Cusack and Evans shine in their acting which is coupled with a one of a kind plot that adapts some of the greatest horror stories ever written. It’s inventive and ahead of its time, really. The on-screen chemistry between Evans and Cusack is worth the price of admission alone, as the two work brilliantly together. Here’s to hoping they decide to work together again sometime in the near future! 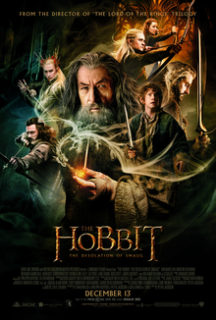 Receiving a 74% on Rotten Tomatoes, The Desolation of Smaug breathed life into the dead Hobbit franchise, whose first film was received coldly. The three-hour epic follows Bilbo Baggins as he leads a squad of wizards and dwarfs to stop an orc invasion and to reclaim the Lonely Mountain from the evil dragon Smaug. The film is good for a number of reasons: First, despite its length, it manages to move at a quick pace that never feels bogged down by anything. Second, it tells a very engaging story about triumphing over antagonistic powers and believing in yourself. Most of all, though, the cast sells it. This ensemble cast includes favorites from The Lord of the Rings trilogy and the first Hobbit film, along with many new characters. With the large mix of characters, it’d be easy for them to feel disjointed and unnatural together, but the acting brilliance of all – including Evans as Bard The Bowman – makes the film feel real, and helps make it one of the best films to have come from the Lord of the Rings franchise. 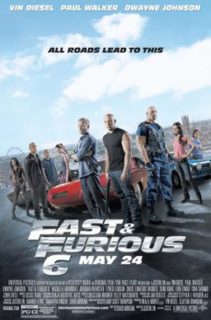 Fast and Furious 6 managed to achieve a 69% rating on Rotten Tomatoes, despite being burdened with being the sixth film in an already repetitive franchise. After the events of Fast Five, Dom Toretto and his gang have retired from the heist business, but are still fugitives from the United States government. When a United States official promises them immunity if they take down an elite group of mercenaries, the team is back in action – to clear their names and to settle some major scores. Like the five previous films, there’s a lot of driving, stealing, and shooting. Fast and Furious 6 manages to change it up by introducing an interesting plot, some good character development, and by offering stunning performances from the leads. One of these is Evans as Owen Shaw, head of the mercenary group being chased by Toretto and the gang. Playing an antagonist offered something different for him, yet he managed to do as well with it as he would with any typical protagonist role. Hats off to him for that! 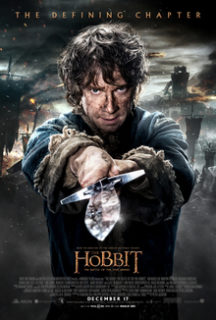 The Battles of the Five Armies concluded the epic Hobbit trilogy, and netted a 59% on Rotten Tomatoes. The film chronicles the epic sweeping finale of Bilbo Baggins’ journey to defeat Orcs and evil leaders of the Middle Earth, along with a drove of dwarfs and wizards. This film is easily the most entertaining and fun film in the Hobbit trilogy, and quite possibly in the entire Lord of the Rings series. After two movies together, the cast seems entirely at ease with one another and all of the acting feels completely natural. Luke Evans takes on a slightly different role in this than he had in The Desolation of Smaug. In both films, he’s Bard The Bowman, but this time around he’s bordering on being comic relief. Despite the change, it works brilliantly and the film mixes humor, action, and drama all wrapped up in an engaging and unique plot. All of the characters get adequate time to shine and to be sent off. Great way to end a series!

See also  'Prince Avalanche' is a funny, moody look at men in limbo 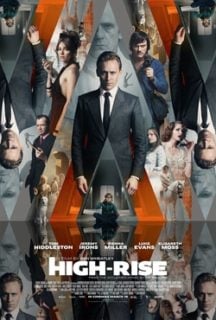 High-Rise is an interesting adaptation of a classic dystopian British novel, and received a 59% rating on Rotten Tomatoes. The film is set in the mid-1970’s and centers around the residents of a luxury tower. The building offers everything any person could ever want, and the residents begin to become resentful and disinterested in the world outside of the tower. However, simultaneously, the tower begins to decay as its infrastructure fails – sending the residents of the building into terror, panic, and chaos. The film boasts a wonderful plot that is unlike any other in modern cinema and an impressive cast who manage to bring it to life and make everything seem incredibly plausible. It includes Evans as a documentary filmmaker, Richard Wilder, who plays a foil to Jeremy Irons’ performance as the building owner, Anthony Royal. All of these characters play parts in driving Dr. Robert Laing (played by Tom Hiddleston) insane during his stay in the building. A must-watch film! 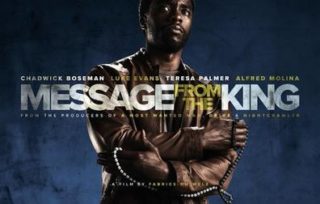 Message From The King only received a 33% on Rotten Tomatoes, but is a great film. It chronicles Jacob King (played by Chadwick Boseman), a South African national, who travels to Los Angeles in order to help his younger sister. Upon finding her dead, King takes every effort to find her killers and avenge her death. Why is the film so good? The acting, above all else. The plot is pretty standard – think Death Wish – but the great performances by Boseman, Evans, and Alfred Molina help bring the story to life and make it more than just another ordinary revenge film. The action is well-directed and made, making the film one to keep an eye out for. It wasn’t distributed by standard means, or by a major studio. Instead, it was a Netflix original film. Nevertheless, the film is very good and certainly one worth watching, if only just to see the great hero/villain relationship between Chadwick Boseman and Luke Evans. 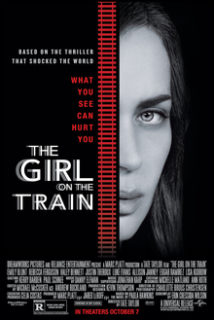 The Girl On The Train is an adaptation of Paula Hawkins’ 2015 best-selling novel, and received a 45% on Rotten Tomatoes. The film has a plot similar to Gone Girl – leading character is a lost soul stuck in unfamiliar territory, with people around them who feel all too normal, as if they’re hiding something major. Emily Blunt plays Rachel Watson, an unemployed alcoholic who gets wrapped up in a missing person’s investigation – a person she recently saw. Much like Message From The King, the film relies on the talented cast at hand to get along a simple plot. Don’t fret – the cast does it! Luke Evans plays Watson’s neighbor Scott who, along with his wife Megan, seems all too perfect and soon become at odds with Rachel. With her neighbors and her ex-husband against her, Rachel Watson is facing more than one woman should be able to handle. Luckily, Blunt’s performance makes it very believable. Drama, mystery, and intrigue are combined excellently with the acting, making the film worth seeking out and viewing for sure. 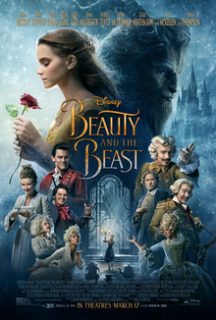 Beauty and the Beast had a Rotten Tomatoes rating of 75%. Continuing Disney’s long line of live-action adaptations of animated features, the film centers around Belle, who’s kidnapped by a Beast, formerly known as a Prince. Through her time in the castle she grows to love him for who he is and not for his appearance. That message is what carries the film, and carries it pretty well. The film’s message is accentuated and strengthened by a fantastic cast, including Emma Watson and Josh Gad along with Evans as Gaston, the French man who deems himself the perfect suitor for Emma Watson’s Belle. Songs from the animated film are recycled for this film (naturally), but they fit perfectly next to the new songs written especially for the new adaptation. Unlike the original animated film, all of the characters are given much more developmental work, making them seem more fleshed-out. This goes for Evans, who works hard in making his Gaston a rich, complex, multi-layered character.

Professor Marston and the Wonder Women (2017) 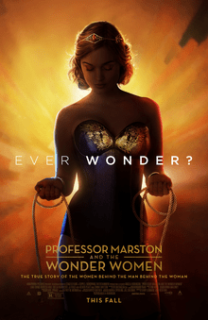 Professor Marston and the Wonder Women netted an 87% score on Rotten Tomatoes. It tells the story of William Moulton Marston, portrayed by Evans, who created Wonder Woman in the early 1940’s. The film investigates his life and romantic history, while simultaneously covering his unusual sexual habits and his feminist leanings that led him to create the world’s most popular female superhero. The film soars mainly due to its compelling true story of accepting yourself as you are and embracing equality. The story is conveyed through the brilliant performances of Evans and Rebecca Hall as his on-screen wife, Elizabeth. They’re joined by an all-star cast including Bella Heathcote, Oliver Platt, and Connie Britton who all provide their great acting talent to the story. It provides a detailed and exciting look into a period of history often not talked about in the mainstream, including the early women’s rights movement and LGBT relationships of the pre-1960s world. (Maybe that explains why it was an independently released and distributed film.)