Home
Entertainment
‘Black Mask’, hampered by clumsy direction, only sees some of its promise through
Prev Article Next Article 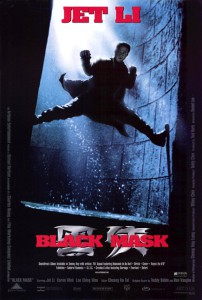 As Black Mask opens, a series of distorted images edited together in rapide fire MTV music video style is accompanied by a narrator explaining that a short while ago the Chinese government invested heavily in the creation of a squad of super soldiers named the 701st. The experiment proved disastrous however as it ended up producing super thugs rather than super heroes for the most part. Tsui Chik (Jet Li) was one such bio-engineered soldier who made it out alive when the state opted to liquidate its failed crop. Tsui keeps to himself mostly, working as a librarian and playing chess with his only friend, police inspector Shek Wai-Ho (Ching Wan Lau). When Hong Kong’s mob leaders are murdered in increasingly gruesome fashion in a series of elaborate attacks, Tsui finds himself thrust into action as his super hero alter ego Black Mask to get to the bottom of the serial murders. It soon become apparent that the remnants of the 701st, including Tsui’s former flame Yeuk Laan (Françoise Yip) are behind the plot, but why?

In the interest of full disclosure it should be noted that the copy of Black Mask procured is the blu-ray included in the Vivafilm Alliance Atlantis Jet Li collection released in the summer of 2012. The disc itself is one of the earlier blu-rays released on the Canadian market and only includes the American English and French language dubs. Additionally, the version of the film found on the disc is that with the soundtrack remixed to appeal to North American audiences filled to the brim with hip-hop beats. This was un unexpected turn of events upon starting the film, but one makes due with what one has. Notwithstanding a substantial difference between the soundtracks of the U.S. and the original Hong Kong version, it seems doubtful the original language track would have made that large a difference in quality.

Jet Li’s output of vehicles rivals that of his equally famous contemporary Jackie Chan. Where the latter showed off inspiring acrobatic technique while softening the blows with comedy, the former is just as mercilessly proficient as far as the martial arts are concerned but demonstrates it via more serious minded, tonally darker films overall. Fists of Legend and Tai Chi Master, two films from the early 1990s, further cemented Li’s status as a viable leading man in kung fu movies. Daniel Lee’s Black Mask follows a similar pattern while adopting the template of super hero films in similar vein as the Tim Burton Batman films.  Tsui, or Black Mask, is gifted with abilities that ordinary people can only dream of, helped in most part by physical strength and stamina that far surpass those of regular humans. With the help of inspector Shek, Tsui must piece together a modicum of information (just as Batman is a detective in addition to being a crime fighter) although the movie puts in very little effort to demonstrate this aspect, preferring to concentrate on the barrage of fights director Lee is only sometimes capable making heads or tails of.

Jet Li will never be recognized as a great actor. Conveying complex, layered emotions is not where his strengths lie. Kicking ass with a deadly serious face is. That said, looking at his filmography he has been cast in a number of roles for which a bit of emotive demonstration is required such as Fearless and Tai Chi Master. It is less that he cannot emote, more that his ability is painfully limited. He is essentially the Chinese version of Jason Statham in that he can fulfill the minimal requirements but not much beyond that. This makes it challenging for a movie to tap into the depth of a story about a man trying to escape his past and start anew but finds himself sucked into a vortex of familiar danger and confronted by a former lover. That storyline carries with it serious potential for compelling character explorations, something not entirely foreign to movies like Black Mask. Li is not entirely up to the task in building a character through performance nor does he flounder completely, finding his typical oddly calibrated middle ground. His co-stars give far livelier performances, especially Ching Wan Lau as the hard ass cop prone to using his fists rather than diplomacy to settles confrontations. Karen Mok as fellow librarian Tracy Lee who gets caught up in Tsui’s wild entanglements despite herself is a ball of energy from the moment she appears on screen. Word of caution, Mok plays the character in a very manic fashion seen quite often in Hong Kong films fishing for comedic relief, a style those unfamiliar with Hong Kong cinema might find off-putting.

In the case of Black Mask it is next to impossible to discuss the fight choreography quality in a vacuum without considering the shot set-ups and editing style. If anyone has seen a Jet Li film or two, save a few exceptions, there is little doubt concerning his abilities as a martial artist. What’s more, several of his co-stars, including Ching Wan Lau, seem quite capable of holding their own in a fight. Director Daniel Lee’s shooting style is however not conducive to allowing the battles take center stage and permit the viewer to admire them fully. Describing his direction is a strange task. Knowing the period when the film was made, the best way to illustrate it is arguing that it looks like a hyperactive 1990s MTV music video, hence the jab in the above plot synopsis. Camera angles frequently feel off, with shots employing poorly calibrated Dutch angles that add little else than visual confusion. The movie is replete with decidedly ugly frames that are too close to actor’s faces or that are not properly centered, resulting in the viewer seeing half an arm,  a chest and half a face when a character jumps for example. Appreciating the special moments of action scenes is often extremely difficult in Black Mask, with the brunt of the blame laying squarely at Lee’s feet. Not everything is lost in the botched editing and cinematography processes. The cemetery spar between Tsui and Inspector Ching is impressive and communicates each character’s agility smoothly enough with wiser decision taken as to where to set the camera. Credit where credit is due, the final confrontation between Tsui and the leader of the renegade 701st is inventive (whipping electric cords and a gas chamber!), exciting and the best looking contest in the entire movie. At least the filmmakers have the decency to save the best for last. 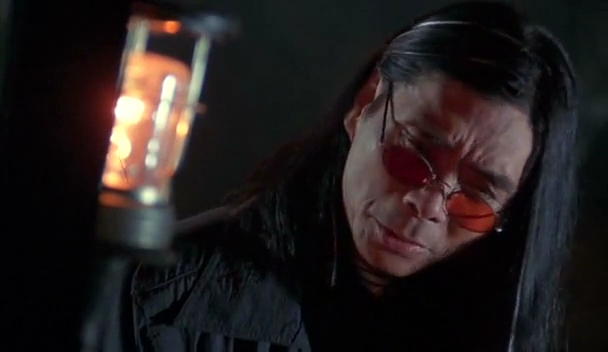 A bit more credit should go to the set designers who worked on the underground base of operations utilized by the 701st and the costume designers who worked on its leader’s impressionable outfit and Black Mask’s Kato-style uniform. The 701st’s cavernous hub of activity is located in the dingy Hong Kong sewers, resembling a cross between a sophisticated computer lab and a middle age dungeon. By no means the greatest center of operations the antagonists could have used, it works primarily for its utilitarian set-up (although the purpose of the gas chamber is never explained…). The chief baddie himself sports a look Matrix fans will immediately recognize, what with his long leather overcoat and sunglasses.

Great cinema Black Mask is not, nor an achievement in martial arts filmmaking, too frequently hampered by shoddy mise en scène and editing. The story is not much to write home about either, potential eschewing the love triangle between Tsui Karen and Yeuk Laan with the most anticlimactic death scene possible…with still half an hour to go. For what it be worth, Ching Wan Lau is a lot of fun to watch, Black Mask’s costume is aces and a few action scenes survive the director’s misguided tactics. In the grander scheme of things, Black Mask is not essential viewing for martial arts or Jet Li fans. 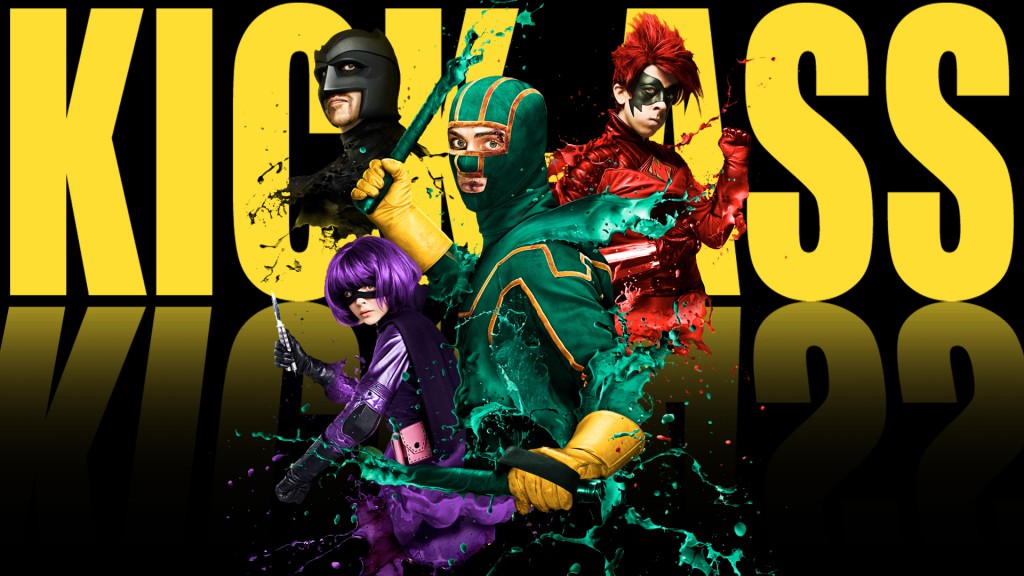