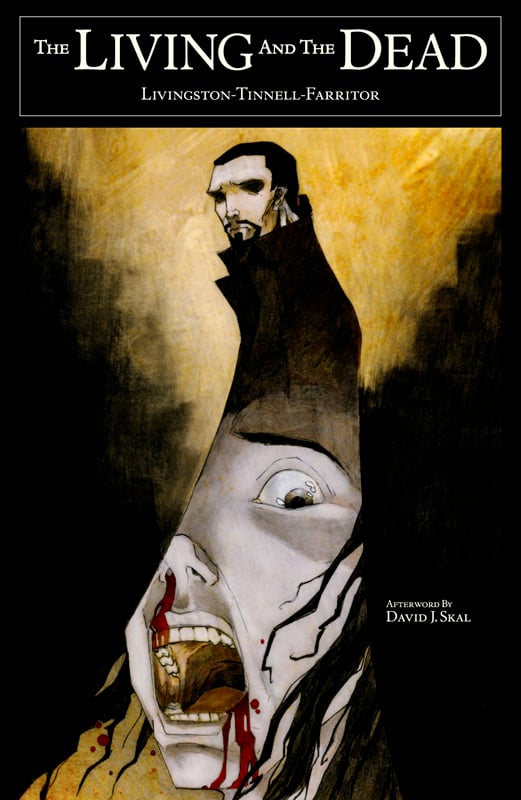 According to Comics2Film at Mania.com, director Brad Anderson (The Machinist, Session 9) is set to direct a feature based on the 128 page epic and terrifying  graphic novel by Robert Tinnell and Todd Livngston, the creators of The Black Forest and The Wicked West. Brad Anderson who has become known for his work on edgy thrillers like Session and The Machinist (and more recently directing episodes of Fringe) seems the perfect candidate given its premise. The Living and the Dead which actually began as a screenplay before sold to Speakeasy Comics, takes place in nineteenth century Europe and focuses on a perverse madman who lures his victims to be tortured and killed as part of his twisted performance art.

MTV News caught up with Robert Tinnell, who revealed that Victor Frankenstein from Mary Shelley’s Frankenstein also plays a major role within the story. “This is about twelve or thirteen years after he had completely destroyed his life and a lot of other lives,” explained Tinnell. “At the point this story starts, he’s just trying to make amends. And the road to hell is paved with good intentions.”

Visit the official site for The Living and the Dead