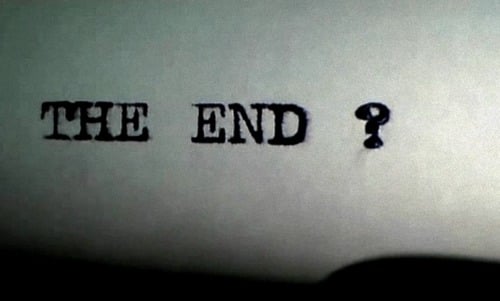 Tonight, UK viewers will see Benedict Cumberbatch’s Sherlock Holmes go against his nemesis James Moriarty, played by the wonderfully creepy Andrew Scott, in the latest adaptation of the novel, ‘The Final Problem‘.  For Sherlock fans, it is the final installment in a thrilling three-episode series but for others, it spells the end of the eponymous hero.

But the question is not whether the character will die like in the books (but was subsequently brought back). The million dollar question is will Sherlock, as a show, survive?

After its debut in July 2010, Sherlock has garnered critical acclaim on how it has revitalised Arthur Conan Doyle’s famous creation, thanks to the collaborative creative genius of co-creators Steven Moffatt and Mark Gatiss.

One of the show’s key attractions is the partnership of Cumberbatch and Martin Freeman’s John Watson, who have both attracted the attention of Hollywood.  Freeman is due to star in the upcoming and long-awaited prequel The Hobbit and Cumberbatch has recently signed up to appear as a villain in 2013’s Star Trek sequel, as well as portray Smaug the dragon in The Hobbit.  With the two being ‘hot property’ at the moment, the fans, as well as Moffatt and Gatiss are planning a third series.  This is dependent on the golden couple being available and willing. But who has the time?

Let’s say they do – which stories to cover?  The most referenced works, such as ‘The Hound of the Baskervilles’, ‘A Study in Scarlet’ and of course, ‘The Final Problem’, have been adapted in the BBC crime drama, so what could we look forward to?  There is ‘The Adventure of the Empty House,’ where we see Sherlock Holmes return from his supposed ‘death’’?  Even a spin-off to see more of John Watson and a life away from crime-solving?