Greta Garbo and Monroe, Dietrich and DiMaggio. Marlon Brando, Jimmy Dean, on the cover of a magazine. Iconic, cherished, and often imitated, these figures serve as pedestals in the immovable institution that is fashion, and thanks to Jesse Mann’s surprisingly vogue documentary, Material Success, you can surely add Canadian fashion designer Bruno Ierullo to that highly exclusive list.

However, to simply call Ierullo a fashion designer is a bit of a misnomer, a bit of a cop out. Through candid footage and talking head interviews, Mann takes us on a journey that follows Ierullo in his frenzied aspiration to envision, create, fund, produce, and manage his very own runway show. Through many trials and tribulations, Ierullo’s convictions are tested, but thanks to a little help from his friends, and his own indelible fortitude, he pushes forward to realize his life long ambitions.

From the start, the film can feel very fractured and disjointed, especially if you are not ingratiated in the world of high fashion. Filled with people working in textile shops, leathersmiths, and button factories, the film can feel quite overwhelming for the uninitiated. Neither Ierullo, nor his fashion police accomplices Susan Benavides, Shawn Cuffie, and Rene Holder, ever go out of their way to explain the methodology or the modus operandi of their chosen field, and although Ierullo himself denounces the esoteric and elitist nature of contemporary high fashion, the film, ironically, falls into the same pretension, assuming the viewer has extensive knowledge and high regard for the art of fashion. Without properly assimilating the general audience with a phenomenon that is largely recherché, it’s difficult to fully appreciate Ierullo’s labour of love. In a sense, it’s like watching the Harry Potter series without any prior knowledge of the books or its mythology. Even so, and taking the Harry Potter analogy further, there is a reason the popular series is so ubiquitous. It’s because the characters are discernable and genuine, and the reason why Material Success succeeds, is because Mann, in Ierullo, paints a portrait of a universally identifiable man. Through the often-unsuccessful undertaking of cinema vérité, the camera acts as a fly on the wall, revealing Ierullo a truly sympathetic character; one who is vulnerable yet determined, staunchly authentic yet perpetually acquiescent, emotionally fragile yet psychologically rigid. Material Success becomes a fascinating character study of a man whose outcome and consequence deeply affects us.

Much of the recognition for this deep seeded attachment falls solely on Mann and her technical crew, who are able to craft a picture that accurately captures the frantic disposition of their subjects, and engenders them into the viewer. Although the film, as stated before, doesn’t make one care for the art, it certainly makes one care for the artist, thanks in large part to its intrinsic fragmented aesthetic. Through the use of frenetic editing, discombobulating camerawork, kaleidoscope of colours, and a deafening, mind-drowning score, Mann is able to physically recreate, in the viewer, every moment of discontent, insecurity, and unease that everyone involved in the film must of felt. As the days count down to opening day, you’ll find yourself counting down with them, hoping that Ierullo and his team’s evident hard work will eventually pay off. 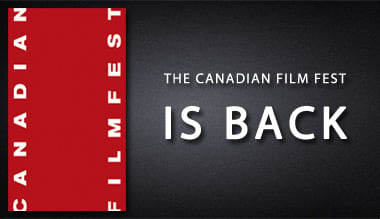