Chris Klein is burning up the small screen in the hit Netflix series, Sweet Magnolias, and many people know him from other TV shows and movies but are there things you may not know about this very famous American actor?

Listed below are 25 things you didn’t know about Chris Klein.

2. His parent’s names are Terese (Bergen), and Fred Klein.

His mom is a kindergarten teacher while his dad is an engineer.

3. Chris Klein was born the second of three children.

4. Chris Klein landed the role of Paul Metzler in the movie, Election, which co-starred Reese Witherspoon. 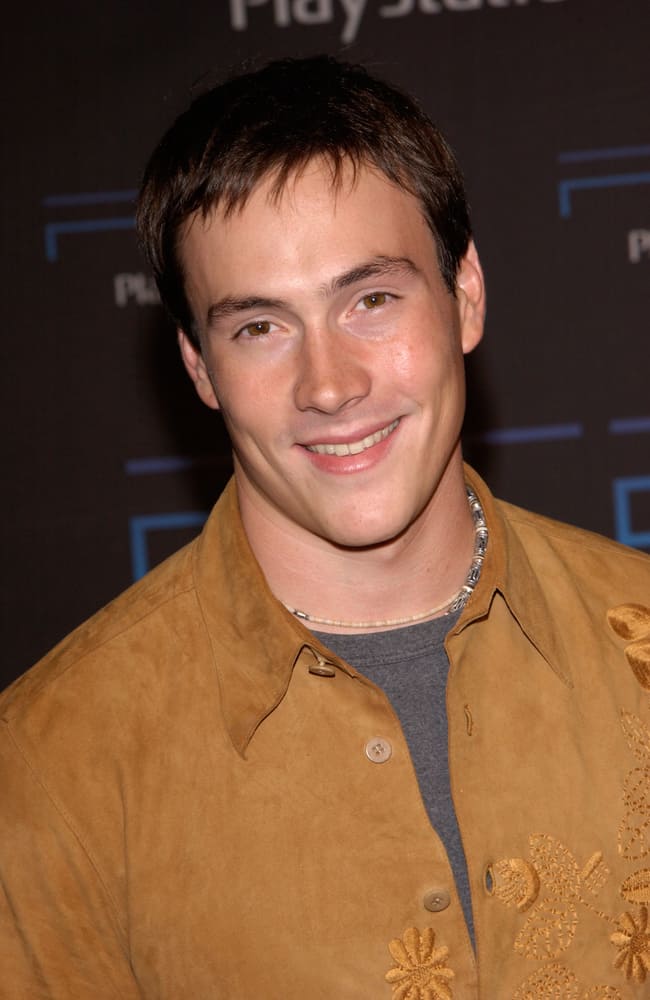 5. Chris was raised in the city of Brookfield, Illinois, and is of Irish, English, and German heritage.

He got his first stage experience when he sang the song, This Little Light of Mine, at a community theater located in Chicago, Illinois, at the Sheraton Convention Center. He lived in Brookfield for the first 13 years of his life before his family relocated to Omaha, Nebraska.

6. He graduated from Millard West High School in Omaha and played cornerback and linebacker for the high school football team while he was there.

He was also a swimmer on the Millard West Swim Team and had a role in the high school’s performance of the classic, West Side Story.

7. Chris Klein’s first professional acting role was given to him by director Alexander Payne when he was scouting for new talent in the Omaha area and searching for a filming location for the film Election. 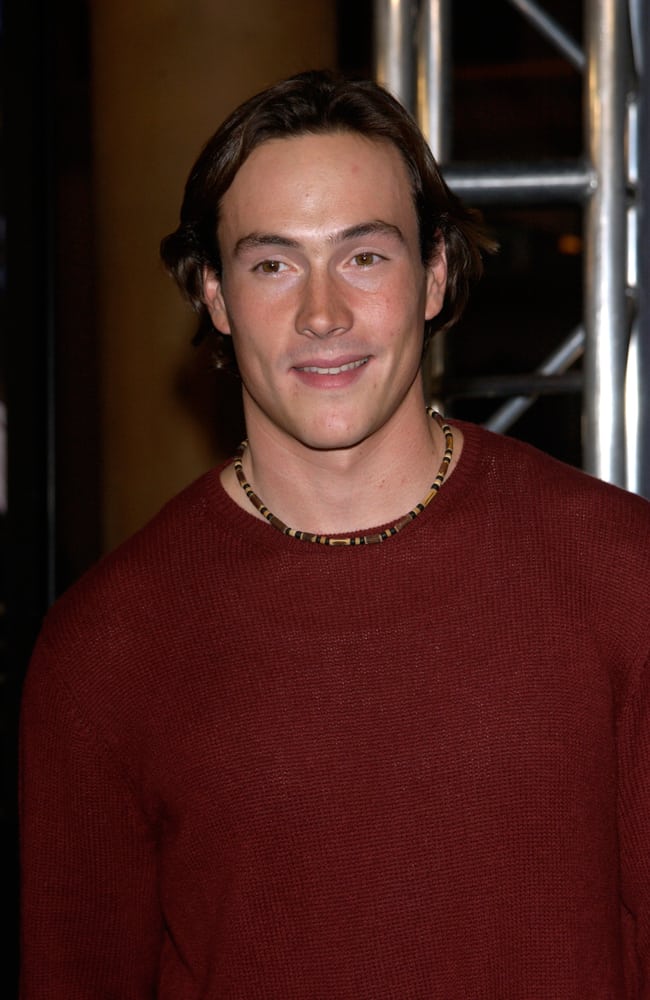 He chose Chris for a major role in the popular movie that was released in 1999. He starred in the movie with Reese Witherspoon and Matthew Broderick while played the part of Paul Metzler.

He studied theatre there and was part of the Lambda Chi Alpha fraternity during his time at the university.

9. In July of 1999, Chris Klein landed the role of Christopher Russell Ostreicher, also referred to as Chris ‘Oz’ Ostreicher, in the movie, American Pie.

The movie was a huge box office success and the beginning of what is now considered the American Pie franchise. Because of the combined success of Election and then American Pie, Chris Klein became a well-known star to fans everywhere.

10. Chris Klein was part of the cast, along with Josh Hartnett and LeeLee Sobieski, of Here on Earth in 2000.

He has bragged that during the time he spent with LeeLee Sobieski, he, “once saved Leelee Sobieski from a herd of charging cows.”

11. Chris went on to reprise his American Pie role as Christopher Russell Ostreicher in American Pie 2 in 2001 and in 2012, American Reunion. 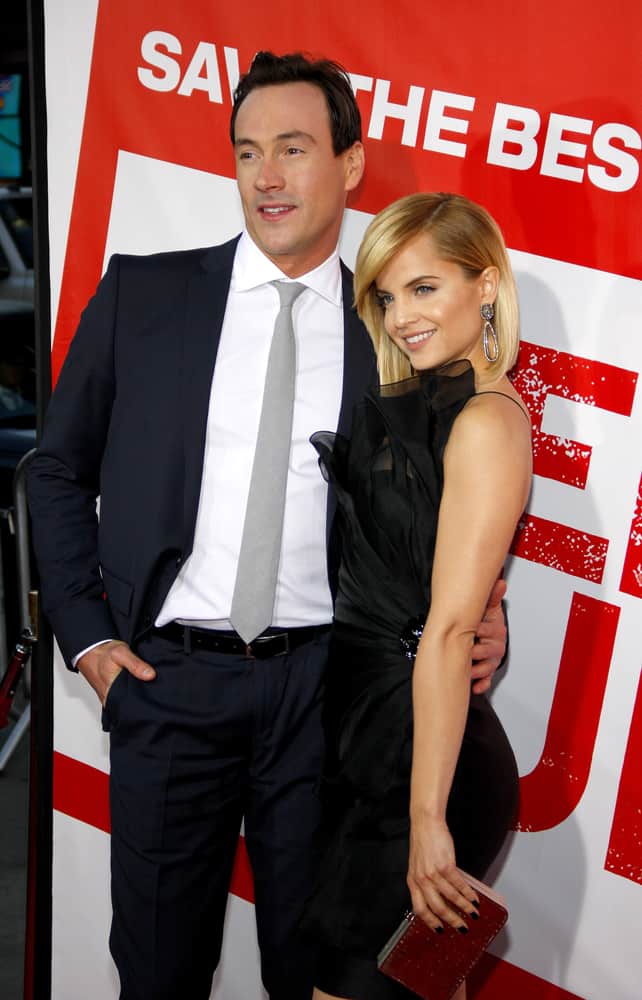 He was not able to be part of the cast of American Wedding, though, due to scheduling conflicts that could not be worked out.

12. In 2002, Chris Klein landed a role in the Vietnam War film, We Were Soldiers, which was directed by accomplished actor and director, Mel Gibson.

He has been quoted as saying, “Working with Mel Gibson on We Were Soldiers was a career dream come true.”

He also starred in the 2002 remake of the movie, Rollerball, but the film failed to impress the film critics and was also a financial flop. 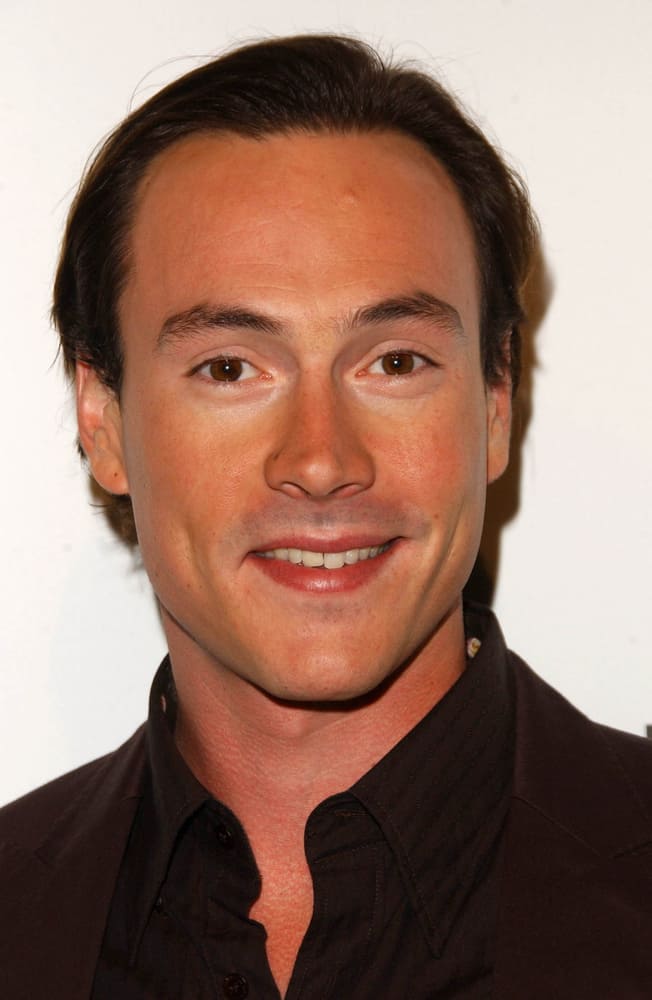 14. In 2014, Klein became part of the cast in the Damien Lay film The Uberkanone in which he played an American fighter pilot.

Also that same year, he starred in a comedy indie film that was called Authors Anonymous with actress Kaley Cuoco. Chris played the part of Henry Obert in the film. 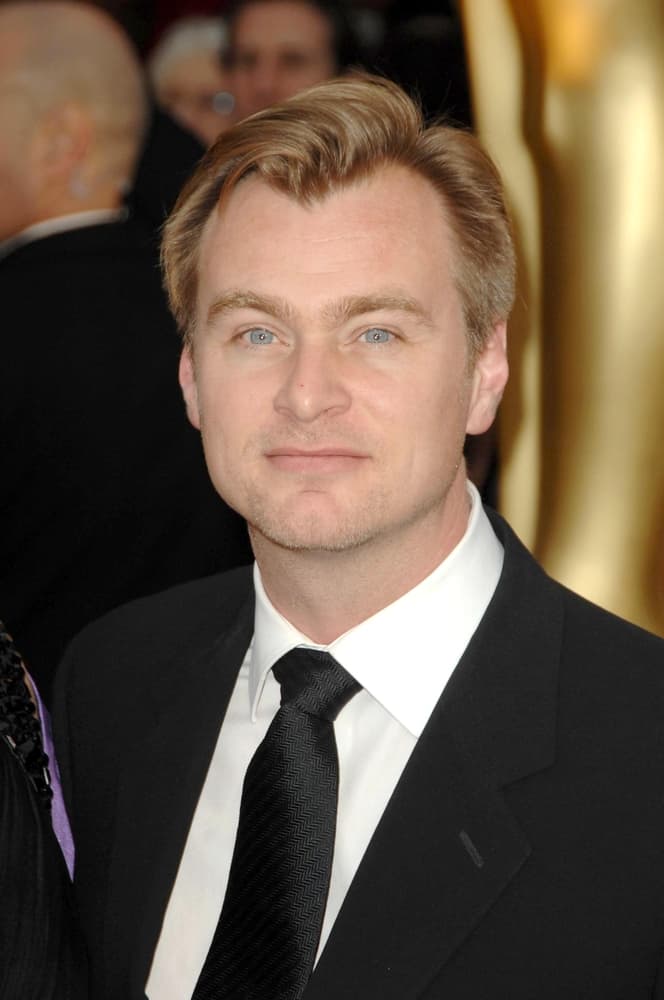 They are two different people.

16. Chris has walked the red carpet many times and was nominated for “Most Promising Actor” at the Chicago Film Critics Association in 2000 and in the same year, was nominated for a Teen Choice Award “Choice Breakout Performance,” both for his role in American Pie. 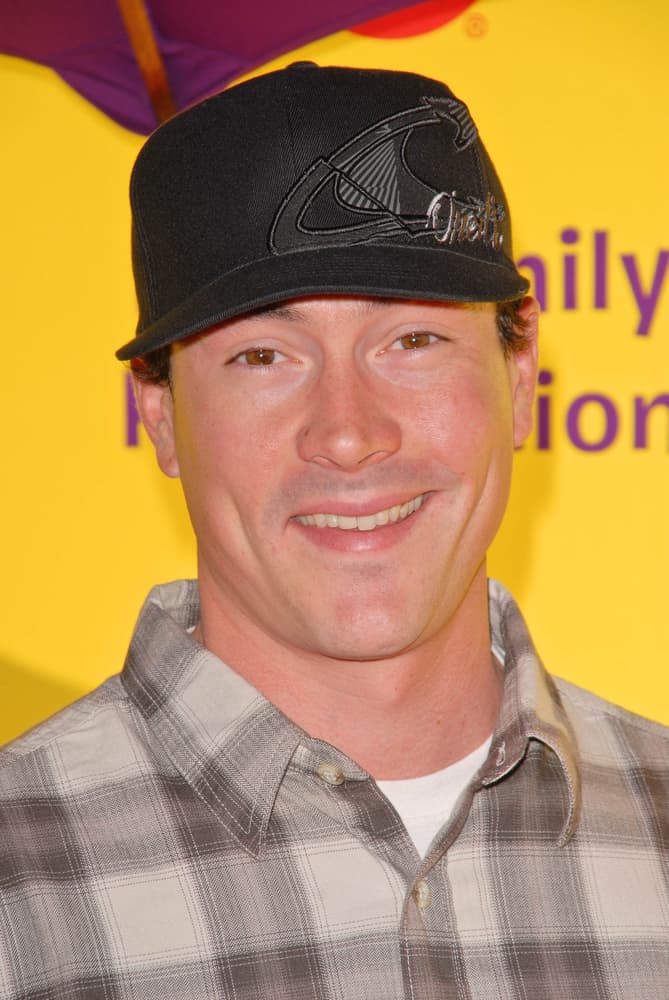 He did garner the “Male Superstar of Tomorrow” award at the Young Hollywood Awards in 2001 when he first became well-known in the film industry.

17. Klein played the role of Cicada, also known as Orlin Dwyer, and is the main villain of the fifth season of the superhero television series The Flash from 2018 to 2019.

He enjoyed the Flash season experience.

18. In January 2000, Chris Klein dated and was briefly engaged to famous actress Katie Holmes in 2003. 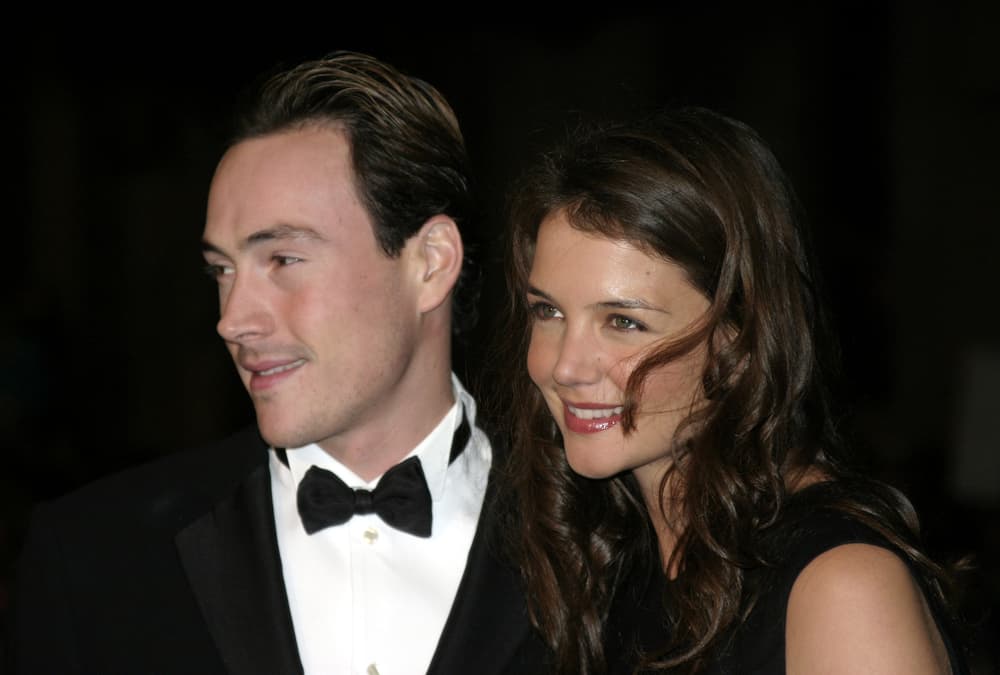 The pair called off the engagement and stopped seeing each other in March of 2005.

The couple became engaged in December of 2014 after dating for about three years. They married just eight months after their engagement on Aug. 9, 2015, in Montana, and in 2016, the actor announced to the world on Twitter that he and his wife were expecting their very first child. They were ecstatic over the news and welcomed their son in 2016. They also are parents to a daughter who was born in 2018.

20. Chris Klein has struggled with alcoholism and was arrested for drunk driving in February of 2005 in San Diego County.

He was arrested again in Los Angeles during the summer of 2010 before checking into the Cirque Lodge to start a 30-day program designed to help people combat alcohol addiction. He was ready at that point to admit he had a problem that he could not resolve by himself.

21. Chris Klein was chosen to play the role of Bill Townsend in 2019 on the hit Netflix series, Sweet Magnolias, and was a little taken aback when the American Pie superstar realized he is now playing the role of the dad of teenaged sons rather than a teenage son. 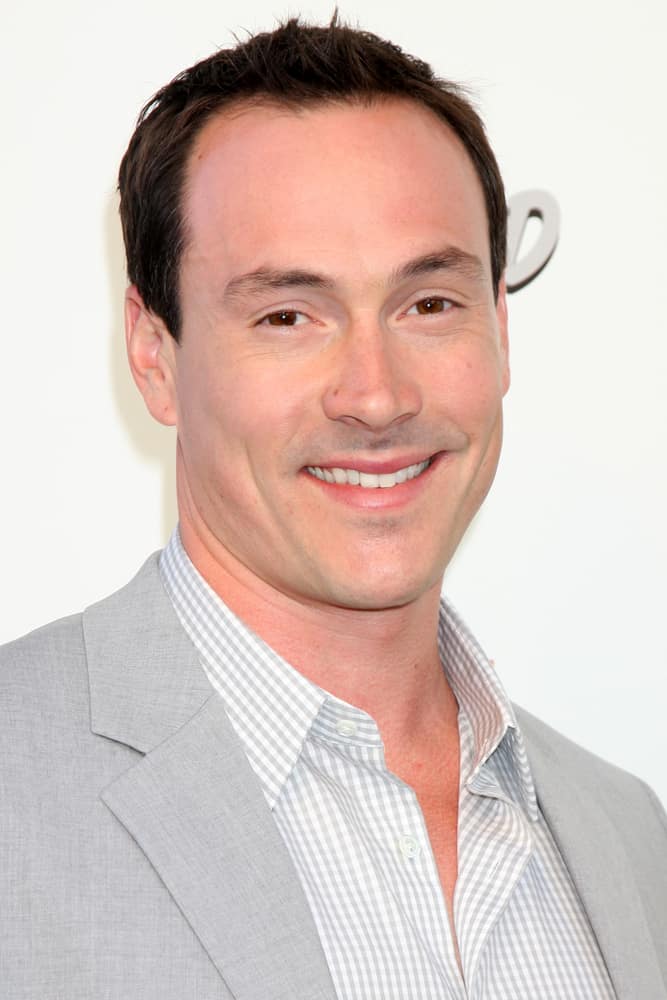 22. The series, Sweet Magnolias, on the streaming channel is based on the eleven-book series written by highly successful author, Sherryl Woods. 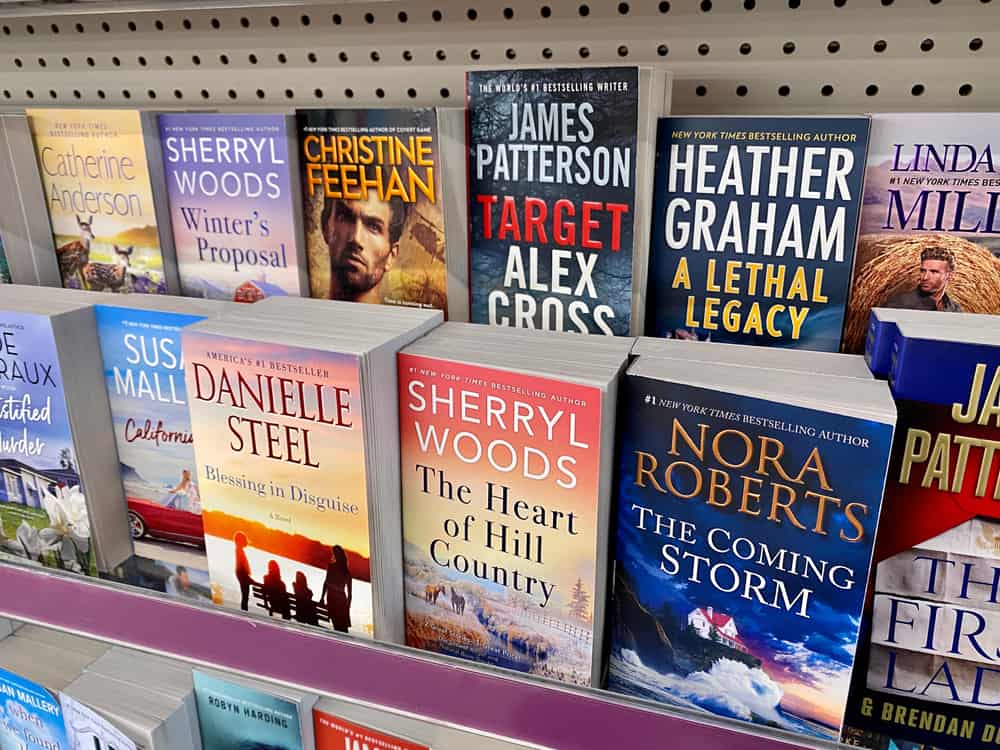 23. Sweet Magnolias series was developed by showrunner and producer, Sheryl J. Anderson, and is produced in conjunction with Dan Paulson of Daniel L. Paulson Production, who has produced several other TV shows. 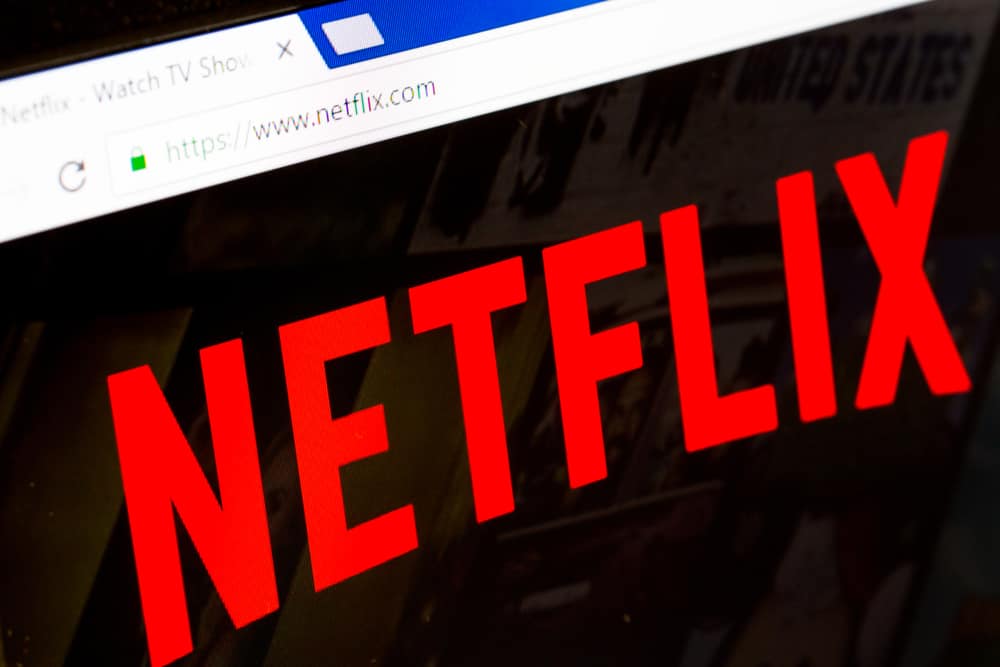 24. The hit series, Sweet Magnolias, is set in the small southern town of Serenity, South Carolina, and centers around three women who have been best friends since they were kids as they navigate through their lives.

Chris Klein’s character, Bill Townsend, is a doctor who was married to JoAnna Garcia Swisher’s character Maddie Townsend, one of the three best friends that form the friend group, the Sweet Magnolias, with her best friends, Dana Sue and Helen.

25. Klein’s character is a physician at Serenity Family Physicians when he begins having an affair with Noreen Fitzgibbons.

Noreen is played by the famous former Nickelodeon star and sister of pop music queen, Britney Spears, Jamie Lynn Spears, who becomes pregnant by Bill after having an affair with him while working as a medical assistant at his office. She is now his fiancé.