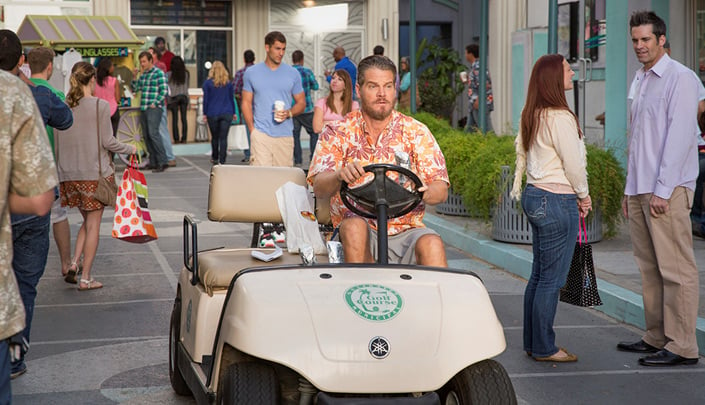 Integrating Tom into the main ensemble of Cougar Town has produced mixed results for the show; while I enjoy his fantasy Cul de Sac and Jules constantly forgetting every single personal detail of his life, there’s certainly been a little too much attention paid to Tom’s life and mannerisms in recent memory. This often leads to easy, ‘wacky’ comedy that plays hard on his creepy attraction to Jules and his nerdier qualities – hardly rewarding avenues for a character who’s had the most depressing existence of all of them. And it feels like “Too Good to be True” is on the precipice of addressing this when his daughter arrives in town; instead, what we get for sitting through 20 minutes of farce is a pleasant, but an ending that feels tacked on, especially surrounded by the two laughless subplots of the episode.

As always, there are plenty of jokes that work in “Too Good to be True”; when it comes to recurring gags (both in-episode and overarching), Cougar Town remains one of the best on television. Grayson defending his pub food is endlessly hilarious, as is the self-centered, douchey streak that Travis displays whenever talking about something/someone and being creative – but these jokes are not substantive enough to carry an episode, as we see in the rest of the episode. Simply put, Andy’s comedy routine, Bobby’s burrito addiction, and Jules’s farce with Tom (who told his daughter Jules was his girlfriend, something I doubt Jules would every really indulge in earlier seasons of the show) is just not funny. The only funny things that come out of it are from other characters (as mentioned above; add a indignant Ellie “taking one for the team” and Grayson’s committal to his “character” of Jules’s gay brother), and even those are superficial: and when “Too Good” does a 180 to make the episode more about the characters, it flails to land an ending.

There are some emotional moments to be found at the end of “Too Good”, but by the time they arrive, they’ve been buried under cheap jokes, or find themselves repeating old character beats. How many times has Bobby hit rock bottom at this point? Sure, it may not be the existential rock bottom that Laurie’s referring to, but the familiarity of Bobby’s resignation comes without any kind of resolution; it’s just, “Damn, Bobby is childish and kind of pathetic”… and that’s it, everything laughed off when Bobby gives up burritos for good (but not his hatred of them, as shown in the episode’s closing tag) and Ellie gives Andy a sex night so he doesn’t show up for open mic again.

Then again, maybe that’s why Andy was doing it in the first place – getting attention his wife won’t give him? These are the kinds of questions that “Too Good to be True” could aspire to address, if it had the motivation – and as the show heads into the final episodes of an unprecedented fifth season, I’m starting to think it doesn’t. Yes, writing rewarding character arcs for long-running sitcoms is a difficult, difficult thing; most shows go broad after being so character-specific for years, simply because there isn’t anything new left to explore with these now well-known characters. But there have been plenty of moments in Cougar Town‘s fifth season (and their entire stay on TBS, for that matter) that suggest there’s still some creative juice in the tank – I just wish it would show more consistently, rather than delivering episodes packed to the brim with “wackiness” whose comedic fuses burn out long before the predictable, feel-good ending arrives. 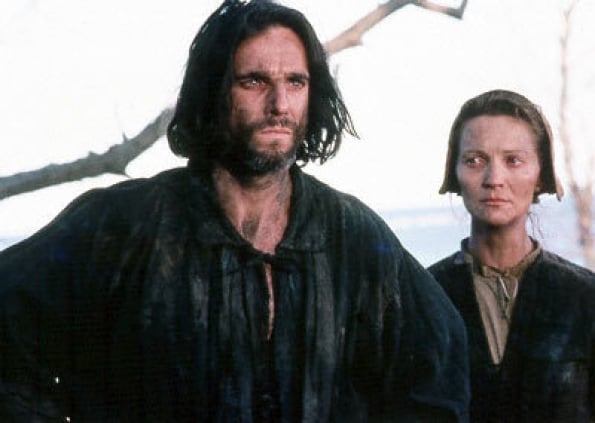 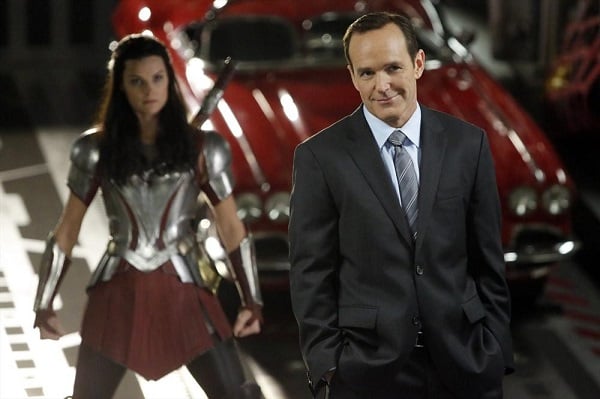