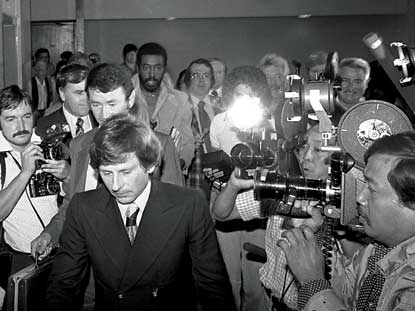 Legenday film maker Roman Polanski was arrested in Switzerland on an international warrant as he arrived in Zurich for a film festival featuring a retrospective of his work. Festival organizers had planned to present Polanski with a lifetime achievement award, but now he is being detained with the possibility of extradition to the United States.

Polanski was convicted in 1976 in a California court for unlawful sex with a 13-year-old girl whom he had lured to the home of Jack Nicholson and drugged. Faced with a prison term, he fled the United States just before his sentencing. Lawyers for Polanski sought to have the case dismissed last December, claiming that the release of a documentary called Roman Polanski: Wanted and Desired, had showed “a pattern of misconduct and improper communications” among Los Angeles officials. Although his request to have the case dismissed was denied, the judge agreed to retry him, if he appeared in court. Unfortunately Polanski never did make that appearance.