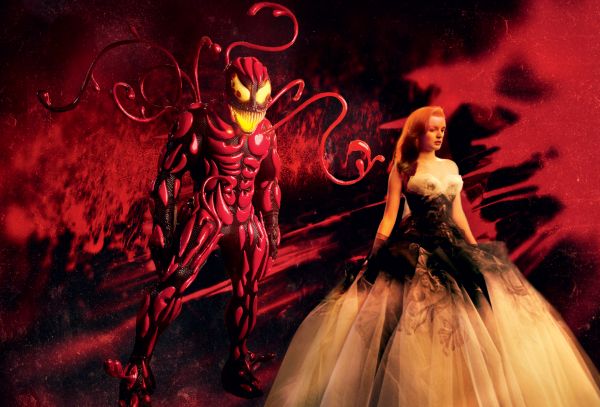 The most expensive Broadway production in history is also now one of the most critically panned. The Spider-Man: Turn Off the Dark rock musical (with music and lyrics by U2’s Bono and The Edge) started making headlines after the show ran into some major technical challenges (which include actors swinging from “webs” and several aerial combat scenes) which caused several lengthy interruptions, postponing the opening several times. It seemed destined to doom after two stunt doubles were seriously injured during various flying sequences in rehearsals and safety inspectors from the New York State Department of Labor were required to overlook the production. Acress Natalie Mendoza, who was originally cast as Arachne, suffered a concussion during the first preview performance followed by Spider-Man stunt performer Christopher Tierney who was injured and hospitalized after falling more than 20 feet into the orchestra pit.

Despite all the early bad press, critics are requested to hold their reviews for Broadway events until the official show opening. But despite the fact that the show isn’t scheduled to premiere until March 15, the critics have all decided to get together and let their voice be hear – and it’s not good. Below you can read some of the captions from several major critics in the U.S.

The sheer ineptitude of this show, inspired by the Spider-Man comic books, loses its shock value early. After 15 or 20 minutes, the central question you keep asking yourself is likely to change from ‘How can $65 million look so cheap?’ to ‘How long before I’m out of here?’

What’s apparent after 170 spirit-snuffing minutes in the Foxwoods Theater — interrupted by the occasional burst of aerial distraction — is that director Julie Taymor, of ‘The Lion King’ fame, left a few essential items off her lavish shopping list: 1. Coherent plot 2. Tolerable music 3. Workable sets. To be sure, Taymor has found a way to send her superhero soaring above the audience. And yet, the creature that most often spreads its wings in the Foxwoods is a turkey.

A snowballing budget, broken bones, a concussion, multiple delays, rewrites — and what do we get? An inconsistent, maddening show that’s equal parts exciting and atrocious.

Julie TaymorSPIDER-MAN: TURN OFF THE DARK