According to Variety, French DVD house We Prods. is partnering with publishing house United Humanoids to produce Metal Hurlant Chronicles, a live-action TV skein based on a French anthology of 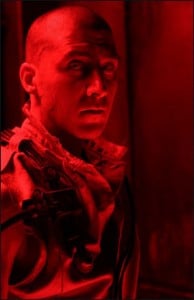 The film is an anthology of various science fiction and fantasy stories adapted from the French magazine and like the film has a great deal of graphic violence, nudity, and sexuality. This however is not the same project. Stories from the original ’70s / ’80s magazine were adapted in live-action, via a French television show and after presenting the series’ pilot to buyers at Mipcom, the company pre-sold the show in more than 20 territories, including Italy, Germany, Poland and Russia. Shingle is negotiating with a French TV channel and a U.S. distributor. The twelve episode of the first two seasons will be delivered in January 2012. Negotiations for a US distributor are ongoing. The series will be directed by Guillaume Lubrano, co-founder of We Prods., each a half-hour long, will feature different characters and be shot in English and French.