Home
Entertainment
Defiance, Ep. 1.04: “The Devil in the Dark” – Things are gonna get easier, things’ll get brighter
Prev Article Next Article 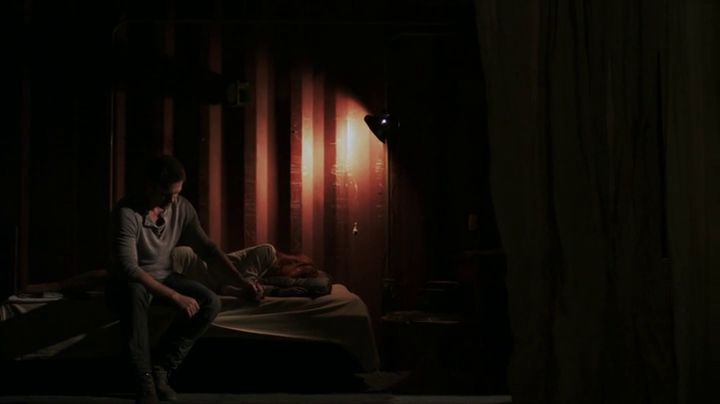 Defiance, Season 1: Episode 4 – “The Devil in the Dark”
Directed by Omar Madha
Written by Michael Taylor
Airs Monday nights at 9 pm on SyFy

Last week, Defiance concluded its episode with a montage set to a cover of Nirvana’s “Come As You Are.” This week, a cover of “Ooh Child” (originally by The Five Stairsteps, covered by Beth Orton; some of you may be more familiar with the sampling in 2Pac’s “Keep Ya Head Up”) sends the episode off. As concluding pieces go, these songs draw attention to themselves in jarring ways not simply because these songs are relatively well known but because using a relatively well known song kind of forces a certain “reading” of the scene or episode as a whole. When Mad Men used The Beatles’ “Tomorrow Never Knows” in the episode “Lady Lazarus,” active viewing and thoughtful analysis in that montage became necessities. Defiance isn’t quite imposing that level of weight at the end of its episodes, but I’d like to think that it’s not using “Come As You Are” and “Ooh Child” just as nice set pieces to evoke a certain tone. “The Devil in the Dark” is all about Irisa, and based on the events that happen in these 40 minutes, you could say she would benefit from being comforted by those lyrics: “you just wait and see how things are gonna be.”

As part of my “background reading” for watching Defiance, I started watching Battlestar Galactica (so, the further we get into this debut season, the more I’ll probably be making parallels to that show). What has impressed me so far about both of these shows is that world-building is given as much care and attention as character-building. The two kind of need to go hand-in-hand if you’re going to draw in an audience and keep its interest. “The Devil in the Dark” could have easily functioned solely on the world-building level, but it showed bold consideration when shifting a lot of the focus to dealing with Irisa, who has been an early anomaly compared to Nolan and even Datak and Rafe (though those two characters aren’t as compelling). We get a much better sense of the relationship between Nolan and Irisa, which has bridges that cannot be crossed; Nolan doesn’t really understand her visions, brushing them off as post-traumatic stress. By the end of the episode, when Nolan’s role as a father figure is threatened by another Irathient, we get the sense that we’re being shown some of the recurring sources of tension between these two characters. As much as they respect and probably love each other, the physical and physiological differences between them still get in the way. 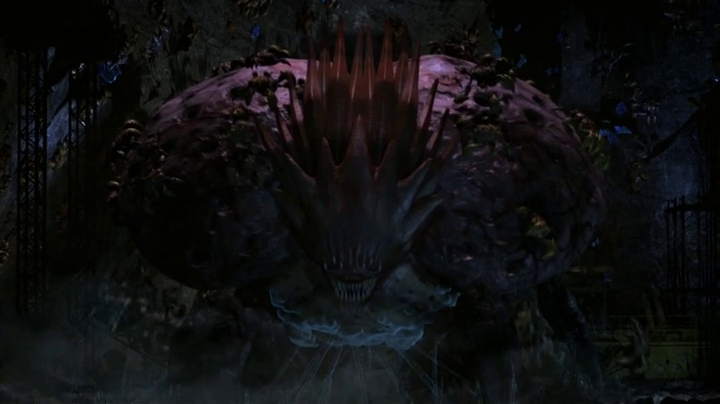 That said, it’s still required that “The Devil in the Dark” be praised for its more plot- and setting-based achievements. “Achievements” is as good a word as any, too, since it calls to mind one of the more common aspects of current video games. Obviously, we can expect Defiance to represent a video game to some degree since it has its own video game counterpart, but it hasn’t worn those influences on its sleeve as much as it does in this episode – even more so than in the final battle of the two-episode premiere. Nolan and co. end up going underground yet again, only this time into Hellbug territory. These little bastards gave Datak a good scene of action (that was also a welcome relief from that awful subplot with his son), but here we get to see the nest and the queen. There are certainly echoes of Ripley going on her rescue mission towards the end of Aliens, but this reminded me a lot of another video game, StarCraft. The humanoids versus bug-like aliens easily paralleled the Terran and Zerg races in that franchise. In any case, the queen was a blatant stand-in for a boss battle , and “The Devil in the Dark” kind of made me want to get my hands on the game if just to play a sequence similar to the one that occurs here. Maybe with a more flexible budget, the CGI could have been better so that the Hellbugs felt more real and dangerous, but even with the quality of effects used, the giant Hellbug still impressed on the visual level.

Of course, some aspects of “The Devil in the Dark” just didn’t work at all, most of which had to do with misuse of characters (we don’t get anything more to chew on from Amanda and Kenya). And the whole former-mayor-is-behind-all-of-this material wasn’t even addressed in this episode. But I would rather see Defiance trying out different things and different episode structures early on to prove that is isn’t too stubborn to deviate from the season-wide arcs in favor of pursuing other interests. It gives the series that kind of open world feeling that games like The Elder Scrolls and Fallout 3 have, which really lends itself well to this kind of science-fiction show grounded in a particular town or home base.