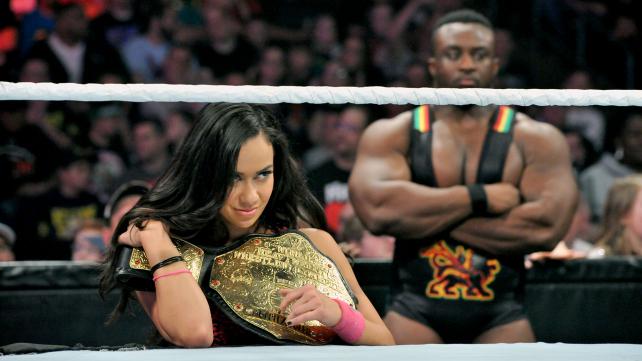 The Extreme Rules card is shaping up to be a killer. In recent years, the first PPV of the WWE’s business year often turns out superior to the Wrestlemania that preceded it, partly because less features are being crammed into the runtime and expectations are comparatively low.

So far, we have Brock Lesnar vs. Triple in a Cage match (both stars curiously absent from Raw this week), Cena vs. Ryback for the WWE Title, and the World Heavyweight Championship Triple Threat between Ziggler, Del Rio and Swagger, which will now be contested as a Ladder Match. That stipulation was decided by Del Rio on Raw after his team won the “Battle of the Managers” Triple Threat. Yes, that’s right; in a sure-fire ratings-booster to kick off last night’s show, Ricardo Rodriguez snuck a win over Zeb Coulter and Big E Langston. You can probably guess which guy he pinned.

The ruckus between these three wrestlers and their respective managers is probably the highlight of the show at the moment and for my money the most promising match on the PPV card. Can anyone legitimately muster up enough excitement for Randy Orton vs. Big Show? And how about Sheamus/Mark Henry, who both engaged in a woeful tug-of-war segment on this week’s show? 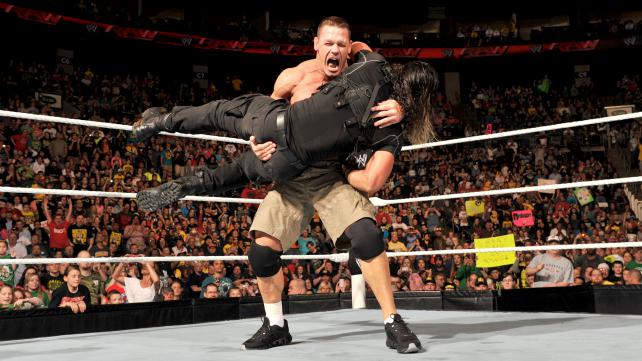 As for Cena, he emerged on the ramp this week flanked by three children from the Make-a-Wish foundation. Because if anything was going to allay the ambiguity of last week and situate him firmly as the babyface of the Ryback feud, it was this. No one is going to boo Cena stood next to these brave little soldiers, just like the playground bully pretends to play nice when your sweet old mother drops by to pick you up from school. Across the divide, Ryback continued his fine streak of hissy fits by storming out of the building. If there’s anything we’ve learnt from years of WWE, it’s that anyone who “storms out” of the arena is guaranteed to return in the closing minutes of the show, shocking absolutely no one – with the exception of Michael Cole, who launches himself into space out of sheer amazement.

Ryback’s return coincided with the main event of The Shield vs. Cena & Team Hell No. Cena was injured on the European tour but his priority as ever was to make The Rock look stupid, so he wrestled regardless. It’s anyone’s guess where this is going, but with the doctor checking on Cena’s injury at the close of the show there could be a good (awful) chance of Ryback taking the strap. Meanwhile, The Shield are getting ever nearer to those tag titles with consistently strong showings, even if their gimmick still gives us little in the way of originality. 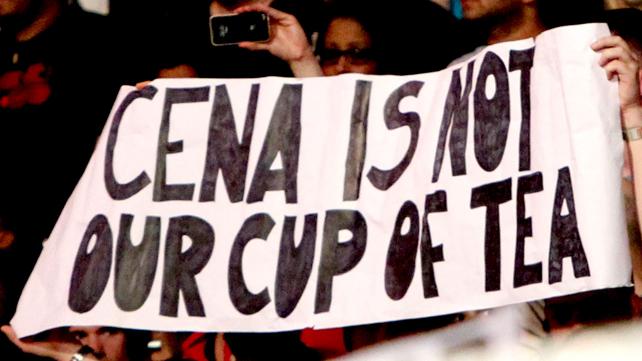 The rest of the belts appear destined to land around Ziggler’s stable; AJ is all but confirmed to go over Kaitlyn for the Diva’s title, while Big E’s decimation of Kofi on last night’s show validated my suspicion that Kingston was, indeed, merely a transitional champion. One has to wonder whether Big E’s earned his strap, though. Charisma and crowd heat is a prerequisite he appears to lack in spades.

What was truly compelling about this week’s show, though, and the undisputed highlight for me and – I’m guessing – the entire WWE Universe, was Michael Cole’s running commentary over his pizza delivery. He explained to us that, after King had placed his Domino’s order, he would be able to track online the status of the pizza from the oven to the delivery bike. Not long after, King checked on the pizza’s whereabouts, as Cole talked us through the meticulous process of hand-baking the round, doughy marvels. Then, in an almighty twist to cap off the entire escapade, King was shocked to find that the pizza had been intercepted by US soldiers in the audience! JBL didn’t seem to care, although he vowed to physically assault anyone eating pizza that wasn’t wearing camo pants. Oh, the frivolity of it all. If there’s anything as downright compelling on global television as this, I sure have yet to see it.