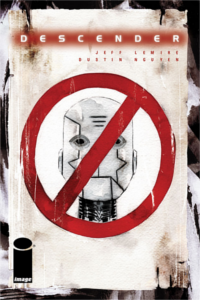 The first issue of Jeff Lemire and Dustin Nguyen’s Descender left a lot to be desired. Most jarringly was the similarity it bore to Lemire’s previous Sweet Tooth series, both books feature central characters that are a jaded man fallen from grace and a young naive boy whose very existence is a social taboo in the midst of a quasi-apocalyptic setting. That’s more than enough reason to raise a little concern, but fortunately this latest issue dismisses with them, telling a moving in-the-moment story despite some hang-ups from some of Lemire’s writing tropes.

The story follows Tim-21, a child-like android built to function as a friend/sibling to young children. Unknown to him, he’s slept through a ten year long conflict between robots and the sentient peoples across space, and happens to be carrying the robotic ID of one of the unknown machines who started the entire war. As of now, Tim-21 finds himself and his pet robot, Bandit, on the run from opportunistic salvagers, ready to sell Tim for scrap. Unfortunately, this issue falls into one of Jeff Lemire’s most obnoxious habits: achronological story telling when it serves little purpose. In the midst of the chase, Tim flashes back to his life before falling asleep and though it does add some mystery as to what’s going on, it does little to advance his character. The scrappers themselves come across as quite paper thin characters even for one note villains and there is some confusion as to specifics of how Descender’s universe functions. One of the clear goals of this series is to build up a vast and imaginative space opera but as of right now it’s a much more intimate piece and shoving irrelevant exposition at the reader is a bit annoying. That being said, the focus of this book is much better and ends on a compelling cliffhanger, plus the addition of an interesting new character. While this book gives the initial appearance of something akin to Artificial Intelligence or Astro Boy, it hints to have a more compelling story in the works.

At first, Dustin Nguyen seems like an odd choice for this book. His style is best known for chibi-like characters and light water colors, however he comes into his own in this issue. There are fantastic looking aliens in this issue that both look tactile and real while still appearing like something out of a fantasy pulp novel. Nguyen sells the landscape, adding beauty to, of all things, a rock quarry. The true artistic highlight of this book is during Tim’s flashback sequences. Somehow, Nguyen manages to craft complex interlocked pages with self contained images all without using a single panel box. It is something to behold. 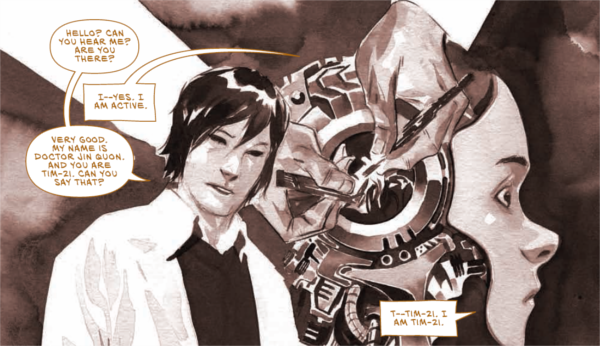 Though still suffering some directional hiccups, Descender has to the potential to be one of Image’s best books. It bares some of Lemire’s flaws and some poorly paced world building but most of it is made up for with Dustin Nguyen’s artwork. He’s the true star of this book and issue #3 is a must buy if only to see what happens next. 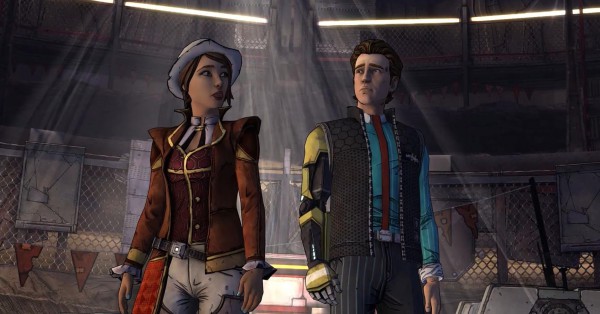 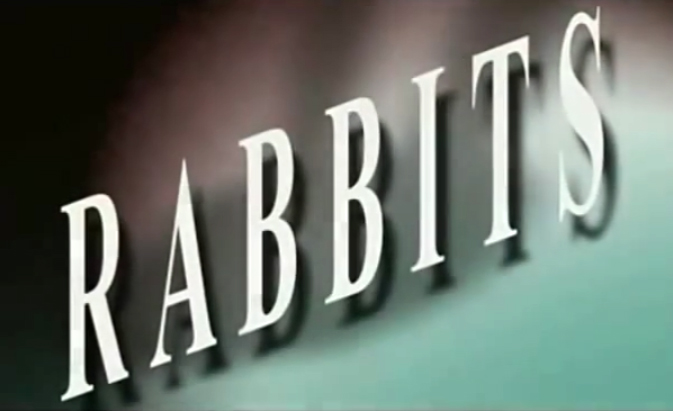