Today Leonardo DiCaprio ranks indisputably as one of the most famous individuals on the planet. His acting career, launched when he was just 13, granted him early access to the exclusive world of Hollywood glamour and overindulgence. With the face of a mischievous angel, Leo has long played the part of the playboy rogue, but now he’s stepped into a pair of more serious shoes. Even as Oscar luck continues to evade him, he’s found a new role: campaigning for clean energy, a cause we can all believe in. 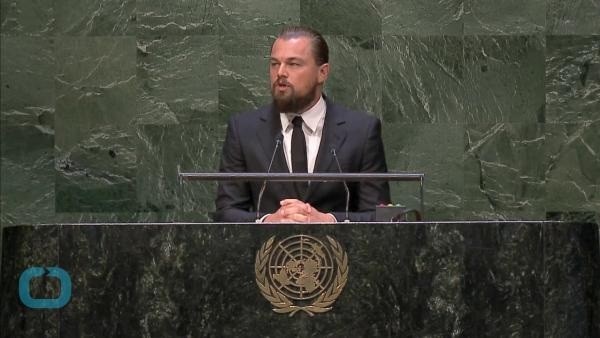 In the nineties Leo’s recurring role on the television program Growing Pains first rocketed him to real fame. He later achieved critical acclaim in 1993’s What’s Eating Gilbert Grape, before going on to nab the starring role in several large blockbuster films, including director Baz Luhrmann’s 1996 Romeo + Juliet, a reworking of Shakespeare’s play using the original dialog, and (of course) 1997’s monster hit Titanic, directed by James Cameron. Other films in his earlier oeuvre include Catch Me If You Can (2002), Gangs of New York (2002), and The Aviator (2004).

Beyond his work on the on the silver screen, however, much ink has also been spilled covering DiCaprio’s various extracurricular activities. He has been romantically linked with models Gisele Bündchen and Bar Rafeli, along with fellow actress Blake Lively. In 2015, tabloids reported a blossoming romance between Leo and singer Rihanna, though neither source confirmed the statement. Recent publications seem certain that the lifelong bachelor and former head of the infamous “Pussy Posse” is now officially back on the market.

Dating rumors aside, as his career progressed, Leo made the transition from scruffy heartthrob to more serious thespian. His roles in The Aviator (2004), Blood Diamond (2006), and The Wolf of Wall Street (2013) garnered him nominations for Best Actor, but in each case, the Academy Award was just beyond his reach. With this year’s Best Actor nomination for The Revenant, many in his camp believe these multiple unfulfilled nominations add up to a debt that can only be repaid with Oscar gold.

Certainly Leo’s success this year is all but assured. But while his films may have touched millions, his efforts on the behalf of the planet have the potential to affect billions – even those who have never stepped inside a movie theater. In 1998, the actor established the Leonardo DiCaprio Foundation to provide a “framework” for his philanthropic endeavors. With an estimated net worth of approximately $245 million, today he focuses almost exclusively on championing the issue of clean energy.

When Leo first began speaking out on social and environmental issues, many activists dismissed his involvement as a PR stunt cleverly engineered to help him escape past exploits as a late-night canoodler. In the year 2000 that may have been true, but today he’s positioned himself someone with a vested interest in planet and the welfare of future generations. The Leonardo DiCaprio Foundation has already provided millions in grants to more than 65 organizations; this year’s annual fundraising event raised over $40 million in one night towards the cause.

In December 2015, DiCaprio spoke to a gathering of mayors at the COP21 climate change meeting in Paris. He addressed the mayors of Los Angeles, Madrid, Paris and other major cities around the world, calling climate change “the most fundamental and existential threat” in existence today, and urging the attendees to implement renewable energy solutions “as soon as possible.” According to Direct Energy, the United States currently obtains approximately 13% of its electricity from renewable sources. Today this percentage is growing at an unprecedented rate, but we have yet to find a sustainable way to source fuel that allows us to maintain our current standards of living while preserving the delicate ecological balance. 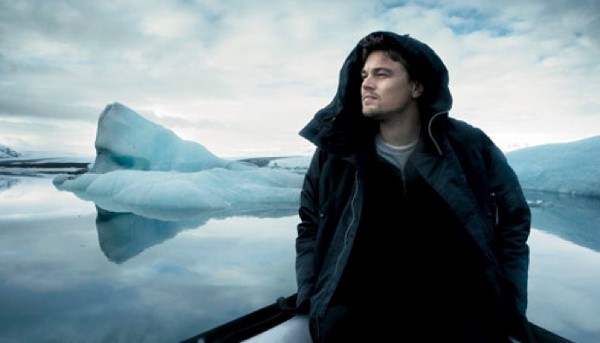 Earlier in the year, DiCaprio and fellow actor Mark Ruffalo began a campaign called “100%,” which is devoted to clean energy advocacy work. Their intent is to fund and accelerate efforts towards achieving “100%” renewable power throughout the world. For his work in this area, Leo was honored with a Crystal Award at the World Economic Forum 2016 meeting in January, held in Davos-Klosters, Switzerland. He used the occasion to deliver cutting remarks lambasting the activities of the fossil fuel industries. He said that in the years to come, the blame for climate change will be placed “squarely at their feet.”

Scientists and policymakers often have all the facts at their disposal, but they frequently bump into the reality that the general public has little idea of what ivory-tower academics are talking about. DiCaprio, who has been around the Hollywood block for years, knows how to speak so the public will listen. His turn as a persuasive, clean energy advocate may be his most convincing role yet – in time, we may even see that DiCaprio will be remembered more for his environmental efforts than for his acting.