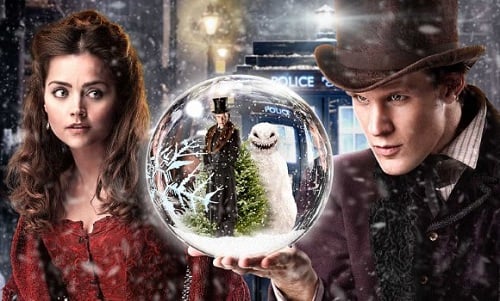 Another Christmas, another Doctor Who special. Though the series has a dubious track record for specials, to say the least, it’s become somewhat comforting to be able to count on new Who each December 25th. The high water mark for Doctor Who Christmas specials remains the enchanting and whimsical “A Christmas Carol”, which saw the Doctor (Matt Smith) channeling Dickens in his own timey-wimey way to transform a bitter man, saving the Ponds in the process. Though this episode doesn’t live up to that standard, it is one of the better specials thanks to charismatic performances from Matt Smith and new Companion Jenna-Louise Coleman and the welcome return of Madame Vastra, Jenny, and Strax.

Showrunner Steven Moffat seems highly interested in revamping the series. Aside from the new Companion, Clara, we get new credits, a new take on the theme song, and a new TARDIS interior. Each of these speaks to a return to a more classic feel. Matt Smith’s holographic head in the stars is a particular shoutout for fans of the classic series, who will remember this as a through-line from the First Doctor to the Seventh. After the Eleventh Doctor opening, the new theme drops the heavy orchestration in favor of a sparser, more synthesizer-heavy sound, a trademark of the original. The new TARDIS interior is another callback to the classic series, with a design far more “Spock”, as Rose might put it, than the steampunk-y look favored by the TARDIS during the Pond years or the minimalist coral of the Ninth and Tenth Doctors’ tenures. 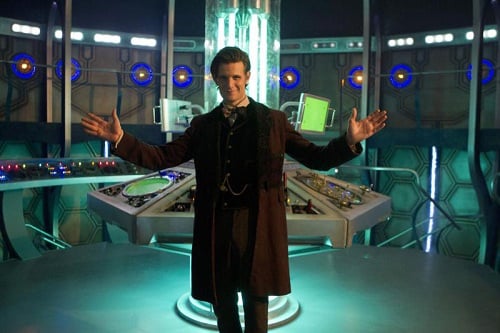 The biggest change is of course the reintroduction of Jenna-Louise Coleman as the highly competent Clara. Coleman was charming and fun in her first appearance, the season premiere “Asylum of the Daleks”, and that doesn’t change here. This Clara is a fairly transparent Victorian Mary Poppins analog but, for this viewer at least, that isn’t a problem. Of course Mary Poppins would get along with the Doctor and make a fabulous Companion- it feels entirely natural and one of Moffat’s perks as showrunner is that he can write a Doctor Who/Mary Poppins crossover whenever he likes. Some fans will have issues with yet another Companion snogging the Doctor, for a variety of reasons, and Clara’s repeated deaths might be more effective if she weren’t following directly after Rory Dying-is-kinda-my-Thing Williams, but other than that, most should find little to dislike in such an enthusiastic, inquisitive, and clever character and performance.

Each Companion of course brings out slightly different things in the Doctor. Here we see Clara reengage a disconnected Doctor, happy to while away the years alone on his cloud. While he does come off as rather grumpy at first, and his top hat and frock are a wonderful addition highlighting this Scrooginess, we get little proof of his newfound aloofness. The episode does its best to tell us the Doctor may not intervene, but this is never particularly effective and is indicative of one of the episode’s biggest problems- telling rather than showing. 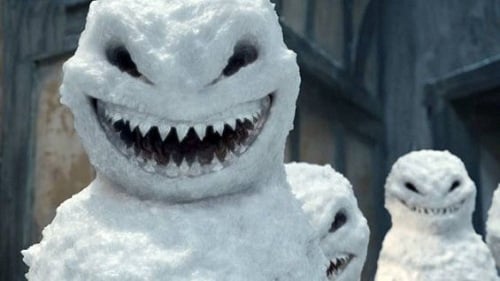 The trio imply the Doctor doesn’t help people any more, but we aren’t shown a single example of this. No one dies because the Doctor won’t get involved; no one even gets so much as a boo-boo. Would he stay removed to the extent that he’d let the Earth be destroyed or his friends hurt? We’re supposed to think so, but this never feels plausible. We’re shown how and why Dr. Simeon is planning his attack, and the performance from Richard E. Grant wonderfully sells the character (sometimes bad guys really are that simple- it’s refreshing to see), but then we get a left turn Zombie Ice Puppet Simeon that not only doesn’t make sense but immediately prompts more skeptical audience members to scan their memory of the past scenes, ferreting out plot holes and obvious narrative flaws, given this new information.

Late third-act twists and unearned reveals such as this one** have become an Achilles heel for Moffat. Last year’s Christmas special, “The Doctor, the Widow and the Wardrobe” was rife with them, and more recently, “The Power of Three” (admittedly, written by Chris Chibnall rather than Moffat) had its wonderful character work nearly undone by the ridiculous way its plot reveal was handled and “The Angels Take Manhattan” had so many inconsistencies in favor of shocking visuals or dramatic character moments that it managed to harm the overall effectiveness of the Weeping Angels, one of Moffat’s greatest creations, retroactively, despite their previous appearances in great episodes.

**Again, telling, via Evil Monologue of Doom, rather than showing via clues or hints leading up to the reveal- and the Great Intelligence business cards don’t count. Most viewers won’t have seen “The Abominable Snowmen” and “The Web of Fear”, as fun as they are. 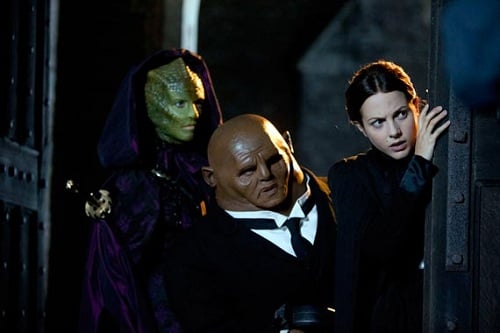 There’s a lot to love here. As ever, all the performances are great. It’s wonderful to hear Ian McKellen pop up and the resuscitation of Strax is one of the show’s more forgivable recent contrivances. The episode for the most part looks wonderful (props to Saul Metzstein and co. for the beautiful cinematography), the creature design for the Snowmen is appropriately creepy, and this special shoots the series directly towards the next half of the season, promising an intriguing new arc, a rejuvenated creative approach, and lots of fun to come.

Moffat has a penchant for the whirlwind, episodes moving at such a dizzying pace with such rapid-fire dialogue and action viewers would be forgiven for needing  a rewatch to catch everything. When he pays as much attention to the payoff as to the setup, this can be great. When he relies on the goodwill engendered by the first 50 minutes to carry the last 10, it’s incredibly disappointing. Here’s hoping the coming season brings far more of the former than the latter.

What did you think of the episode? Where would you rank it among the other Christmas specials? Anyone else a little disappointed we won’t be getting a non-contemporary Companion? Any predictions about Clara? Post your thoughts below! 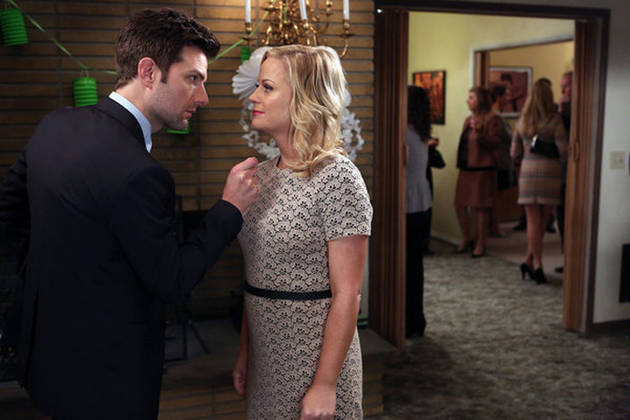 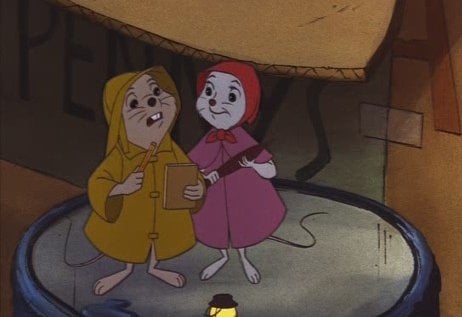