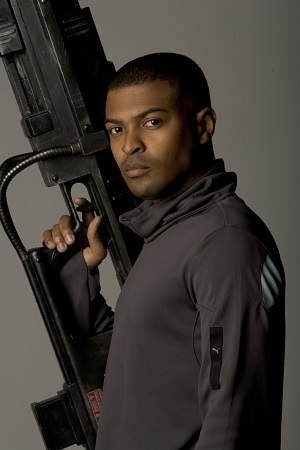 Tenure: 7 stories (10 episodes), from “Aliens of London”/”World War Three” (April, 2005) to “Journey’s End” (July, 2008), though he appears in several other stories as a supporting character, rather than Companion (for example, in his role as Rose’s boyfriend, separate from the story’s main plot or adventure)

Background: Mickey is a fairly nondescript young man when his girlfriend Rose encounters the Doctor. Swept along (and nearly killed by the Autons), he initially reacts with fear and disbelief to the dangers represented by the Doctor. After Rose leaves with the Doctor, disappearing for a year, as far as her mother and the police are concerned, Mickey is suspected of being responsible for her disappearance and this nearly destroys his life. After a few more adventures with the Doctor on Earth, he’s invited aboard the TARDIS, but turns down the Doctor, still fearful, but eventually he invites himself aboard, much to Sarah Jane’s delight, and travels with the Doctor and Rose for a few stories before opting to stay in a parallel universe in which they find themselves. He of course ends up back home before too long, though.

Family/Friends: We know little about Mickey’s family, other than that he was raised by his grandmother, who died after falling down her stairs. His parents seem to have been alive, but out of the picture and Mickey was very close with his grandmother, choosing to stay behind in an alternate universe (Pete‘s World) where she’s still alive after his doppelganger, Ricky, dies fighting the Cybermen.

Personality: Mickey is fairly easy-going when we meet him. He’s a pleasant, charming young man more concerned with watching football at the pub than alien invasions. His world is expanded due to his interactions with the Doctor and these adventures make him a far more determined, resourceful individual. Though he starts out incredibly fearful and unable to handle or process alien life and the dangers that come with the Doctor, he becomes incredibly brave, a highly trained fighter, and defender of the Earth, never losing his sense of humor. Mickey has a somewhat combative relationship with both the Ninth and Tenth Doctor, but despite their frequent bickering, both Doctors are fond of Mickey, who earns the Doctor’s respect after making a less-than-stellar first impression.

Best Stories: “The Girl in the Fireplace”, Mickey’s first story aboard the TARDIS, is at turns delightful and suspenseful, with one of the most interesting, best designed villains in NuWho, and “School Reunion” is a particular treat for fans of the Classic series

Worst Story: “Aliens in London”/“World War Three” feature aliens whose main descriptor is that they fart a lot. Enough said.

Highlights of tenure: Showing up to save the day in “Army of Ghosts” and enjoying the Doctor’s predicament with Sarah Jane and Rose in “School Reunion”

Lowlights of tenure: Clinging to Rose’s knees like a child in “Rose”

Mickey Smith: “Let’s go and liberate Paris.”
Jake Simmonds: “What, you and me? In a van?”
Mickey Smith: “Nothing wrong with a van. I once saved the universe with a big yellow truck.”  “The Age of Steel”

Other notes: Noel Clarke has expressed embarrassment over his early performance as Mickey, which he pitched to match the tone he remembered from the series as a child. According to Clarke, he was brought in to film his scenes for “Rose” directly from another job, without much opportunity for prep and discussion with Billie Piper and Christopher Eccleston, who’d already been filming for a while and had a much better grasp of the intended tone of the series. Clarke was grateful to have the opportunity to rectify this with his later work as Mickey, maturing the character significantly and following a far more personal arc of self-reflection and growth. Mickey is notable as the first Companion of color to travel on the TARDIS, though Martha is perhaps more discussed in relation to this, as she was the first main, permanent Companion of color to travel with the Doctor. 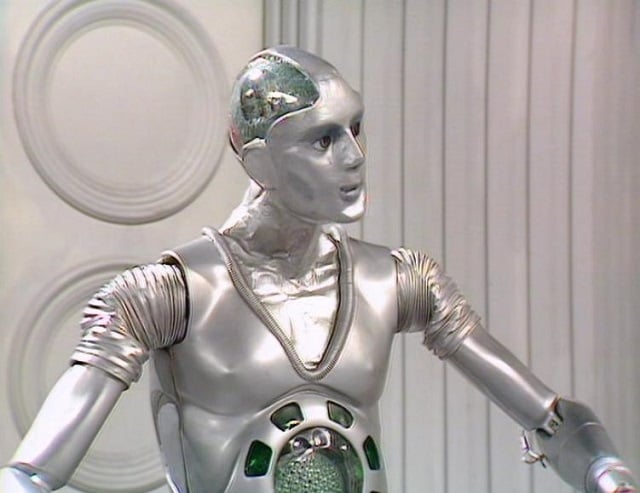 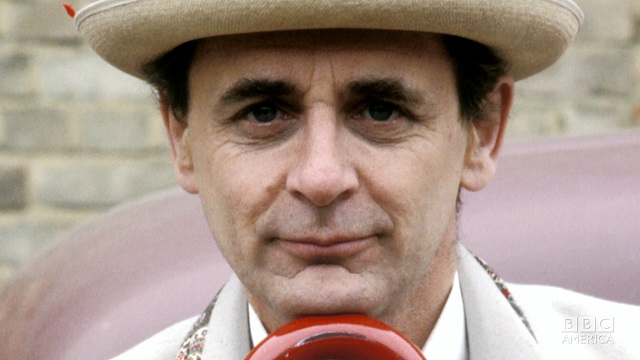