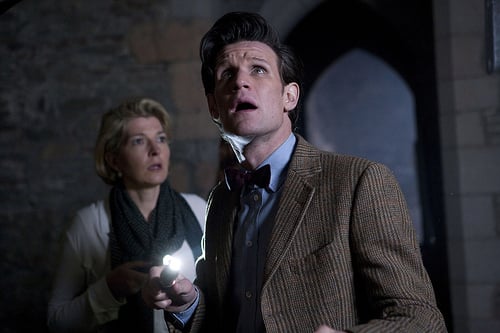 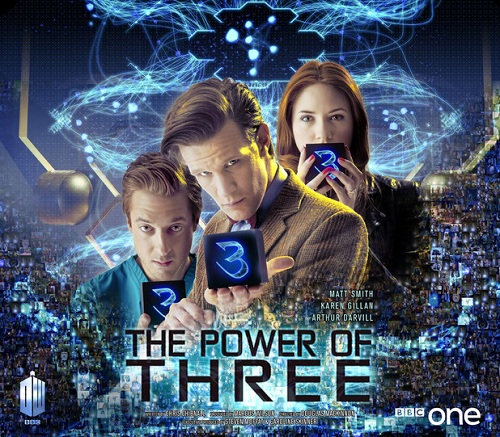 This week, on Doctor Who: Amy and Rory contemplate their lives while monitoring a slow invasion of small black cubes.

Chris Chibnall continues his good work on Doctor Who, after penning the current season-best “Dinosaurs on a Spaceship” a couple weeks ago. With the Ponds set to leave the show after next week’s “The Angels Take Manhattan”, the PtB wisely chose to spend their penultimate episode slowing things down and examining their relationship with each other, the Doctor, and life in general. Unfortunately, this interesting character piece is set around an alien invasion plot that, though it begins quite intriguingly, ends with a confused whimper, rather than a bang.

The cubes themselves are a great jumping off point for the action and the story is a good one- millions of black cubes appear all around the Earth at roughly the same time and proceed to, well, do nothing for nine months. Only later do we find out they’ve actually been waiting. In the meanwhile, we meet a couple creepy twin surgeons and a blue-faced girl, and the dread is appropriately upped. The cubes wake and go uniquely bonkers in an entertaining sequence, but then Amy and the Doctor find the access point to the alien spaceship causing all the mischief and the episode collapses. 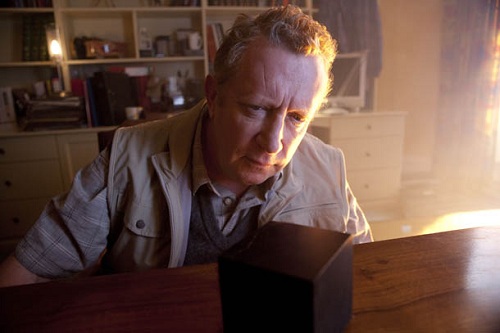 The visual of comatose people laid out on platforms around an alien craft is effective, but we never find out who they are or why they’re there. We never see the surgeon twins again or find out why they were putzing around a UK hospital. Amy wakes up Rory, and they both rescue his dad, but the other helpless people lying around the room are completely forgotten and then exploded by the Doctor. Finally, the villain of the piece, Shakri (Steven Berkoff), is an utter disappointment. He stands around monologuing for a while, then disappears, and the Doctor waves his magic Sonic Screwdriver a bit and undoes everything before exploding the ship. Why did Shakri give up? How was a hologram running the ship? Why is seven important? Perhaps this was a set up for a future story, with the Doctor facing off against Shakri again, but this episode greatly sours upon reflection and rewatch due to a poorly constructed and disappointing climax.

It’s clear that the mystery was little more than a formality to allow the Ponds’ personal journey and it’s here where the episode shines. There have only been a couple stories truly from the Companion’s perspective- “Rose”, the rebooted series premiere, and “Turn Left”, the wonderful alt-universe story of a Donna who never met the Doctor (a case could also be made for “Being Human”/”The Family of Blood”, Martha’s adventure keeping an eye on the Human Doctor). Separated from its problematic spaceship moments, “The Power of Three” is right up there with “Turn Left” as a thoughtful examination of the affect the Doctor has on his Companions and the benefits, and drawbacks, of traveling the Universe. 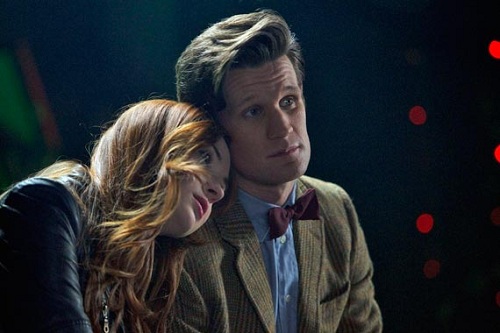 There are lovely character beats galore. An early favorite is the expression from Rory upon hearing the TARDIS materialize and deciding, with Amy, that they can choose between their two lives later. Rory has always felt like somewhat of an accessory to Amy, when it comes to traveling with the Doctor. Here, finally, we get the sense that he loves it just as much as she does, that he would gallivant off with the Doctor, given the opportunity, even if he’d never met Amy. Then there’s the revelation that they’ve experienced about 10 years over the past three seasons. This has to make them among the longest-running Companions (in-show time) and it adds credence to Amy’s assertion last week that their friends will start noticing soon that they’re aging faster.

Amy and Rory sitting in bed, deciding they kind of like this whole being normal thing, the Doctor finally willing to sit still a while to spend time with them (wouldn’t do it for Grace, wouldn’t do it for Rose, will do it for the Ponds), Brian asking, and getting a serious answer, about what happens to those the Doctor travels with- there’s an embarrassment of riches this week, character-wise. Perhaps the highlight of the entire episode, though, is the quiet talk the Doctor and Amy have on the banks of the Thames. One of the things NuWho took a while to get right (which it did in series four with Donna) is the dynamic of the Doctor and his Companions as best friends. This scene is probably the best demonstration of this we’ve yet had and their honest, heart-felt conversation is fantastic to see. Fans are mixed on Amy and Rory, but this viewer will miss them tremendously. Not only that, it’s going to be a long time before we see the Doctor this open again- regardless of how “The Angels Takes Manhattan” plays out, it won’t end well for this Doctor, finally torn from the face his face first saw.

The performances are great, as usual, and while Steven Berkoff is utterly wasted, once again Matt Smith, Karen Gillan, and Arthur Darvill get plenty of material to work with. Mark Williams is back as Brian and is just as much fun here as in “Dinosaurs on a Spaceship”, and Jemma Redgrave’s appearance as Kate (Lethbridge-) Stewart is a pleasant surprise. Though Douglas Mackinnon goes a bit overboard with the lens flares in the hospital set, the direction works well, with fun angles and restraint in the smaller moments, and the cube effects look surprisingly cool. Next week we say goodbye to the Ponds, appropriately enough, with the family getting back together to face off against the Weeping Angels. Most of this series has been strong, most of the Ponds’ tenure on the show has been strong- here’s hoping they stick the landing.

What did you think of this episode? Were you glad to see UNIT back and under the capable care of Kate? The Doctor is married to River- does that make him a Pond? How do you think the Ponds will go out? Post your thoughts below!