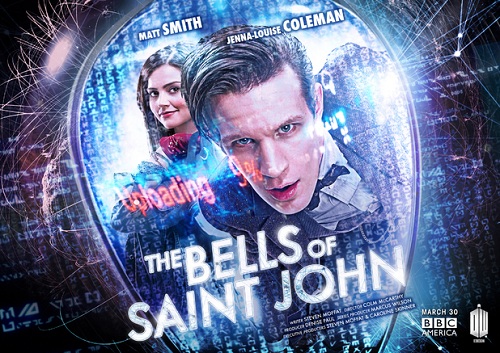 This week, on Doctor Who: The Doctor meets Clara Mark 3 (Mark 2? It’s very timey-wimey), Wi-Fi is evil, and the Doctor invents the quadricycle

Steven Moffat has proved himself to be an excellent writer able to craft incredibly entertaining television that expertly balances humor and horror, switching deftly between the two to memorable effect. He’s given us some of Doctor Who’s most creatively terrifying villains and interesting heroes and pushed the series to explore its options in the fourth dimension more than any showrunner previous. A lifelong fan of the series, he has a reverence for the Universe of the show that welcomes fans of the classic series but the confidence to break with tradition when necessary to keep the series ever evolving and fresh. However the midseason premiere, as entertaining as it is, seems to indicate that perhaps the ever-inventive Moffat is running out of ideas.

“The Bells of Saint John” introduces viewers to the third incarnation (second, chronologically) of Clara Oswin Oswald and this is the version who, for a while at least, will become the Doctor’s latest Companion. Jenna Louise Coleman is infectiously entertaining in the role. She’s an almost inexhaustible source of energy, keeping up with the Doctor and then some and Coleman and Matt Smith have fantastic chemistry; they make for a promising pairing. Unfortunately, any enjoyment of this character becomes instantly tempered upon the realization that, though she’s a lot of fun, Clara is incredibly two-dimensional. Worse than that- so far, she’s little more than a retread of both Amy and River, Moffat’s previous two female Companions. 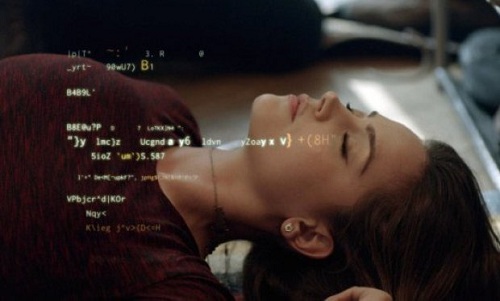 Like Amy and River, Clara is energetic, adventurous, outspoken, and flirtatious. She takes the Doctor in stride and met him first as a child (in the prelude to this episode, released online by the BBC) before crossing his path as an adult and going off to travel with him, as we assume she later will. Most glaringly, and frustratingly, she attracts the Doctor’s attention not because of some element of her personality, but because she is a question to be answered. Amy didn’t make sense, all but alone in that huge house. River held the answers to their relationship, a puzzle from his future. Now Clara is an impossibility, a knot for the Doctor to unravel.

Another problem of the episode is the structure and pacing. Moffat’s most successful stories have been his two-parters or the occasional standalone episode that all but abandons either the Companion, the Doctor, or both (“Blink”, “The Girl in the Fireplace”, “A Christmas Carol”). Without an extended running time, he struggles to incorporate character beats into a fully-formed mystery. Here, we get plenty of nice moments and exchanges between the Doctor and Clara but Moffat spends so long on these beats that there isn’t any time left to satisfyingly resolve or pay off the main conflict of the episode, the Great Intelligence’s hijacking of wi-fi to somehow eat peoples’ consciousness (Moffat’s most groan-worthy Evil Scheme yet, unfortunately- I’ll happily believe statues can move when we don’t see them. I do not believe an alien can suck my consciousness out via an evil internet connection). UNIT arrives at the end, out of nowhere, and while the reveal of the main henchwoman’s tragic history is beautifully handled, once again Moffat’s lack of concern for how the story resolves makes this viewer frustrated to have invested in it at all. 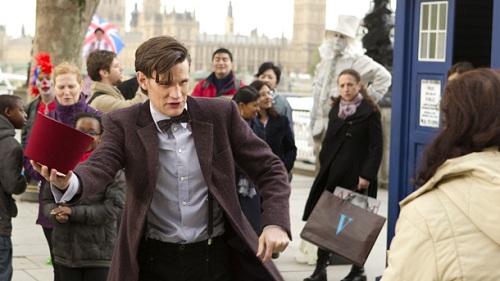 Even Clara’s arc feels shoddily handled. Within this episode, she experiences significant change. She is uploaded to a confusing cyber holding pen and then redownloaded into her body, now a hacker/computer genius. Shouldn’t this dramatic shift in her brain or this incredibly traumatic experience in general warrant a moment or two of reflection? Of concern? And if Clara doesn’t care that her memories or intellect has been significantly, permanently altered, shouldn’t the Doctor? Shouldn’t the show? As viewers, we’re given cues constantly through choices in cinematography, editing, direction, and scoring that prompt us to react to what we’re seeing in the particular way desired by the writer, director, or showrunner. Doctor Who doesn’t seem to want its audiences to engage fully, to really think about what they’re seeing, or else greater care would be paid to these niggling character and plot issues. Yes, this is an entertaining, fun, and funny episode of television, but with further distance, it feels increasingly hollow.

The pieces are there for the second half of season seven to be absolutely great. Matt Smith is a terrific actor. Jenna Louise Coleman is great with him. The new TARDIS is gorgeous and there are several incredibly talented writers and directors coming up on the docket. Little of this will matter, though, if these same flaws keep popping up, as they have for most of season seven. Here’s hoping this is an aberration, rather than the norm viewers should expect from here on out.

What did you think of this episode? Do you have any theories about Clara? Who gave her the Doctor’s number- Rose, Martha, River, Sally Sparrow? Someone else? Post your thoughts below!