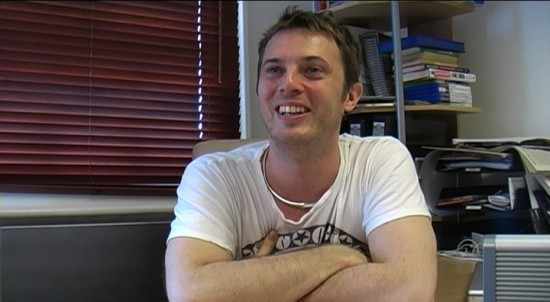 Last month, it was reported that director Duncan Jones (Moon) was possibly moving forward with his sci-fi future noir Mute as his follow-up to Source Code. The film is reportedly inspired by Blade Runner and centers on a mute bartender in 2046 Berlin who must go against the city’s gangsters in order to find his girlfriend. There was a ton of gossip about the project. as well as concept art and script reviews, but unfortunately, it appears that Mute will not be his next film after all. Speaking to We Got This Covered, Jones says Mute “is in a bit of limbo.” Jones went on to say that the film is a tough sell because it’s quite dark, but also because the budget is rather high. Jones says that he’s postponed Mute for a while and turn his attention to another sci-fi project. Personally, I think it’s always good to not rush a great idea:

Here’s a bit more of what Jones said about the current status of the film.

Well it’s in a bit of a limbo actually. I’ve always loved the script and felt it was a film worth making, but it’s a tricky one. It’s a sci-fi film, and one of the drafts of the scripts got leaked a while back. The reaction was mixed. Most people didn’t get the fact that yes it is sci-fi but it’s a futurist film. It’s a thriller that happens to take place in the future, it’s not some amazing piece of technology that ya know the world is depending upon and the whole story revolves around some particular piece of technology or some sci-fi hook.

That was the whole idea, to tell a film that can be based in any period, but just HAPPENS to take place in the future. And it’s been very difficult to basically pitch that in a way where people understand why it needs to be done that way. People just say, why can’t it be in a contemporary setting? But no, it’s about mood and atmosphere as much as anything else. It’s also quite dark so it’s been a tough sell. Also, it’s not a big film, it has been designed to be sort of a smaller and more independent film. Budget wise, it’s in between Moon and Source Code.

I just need to get away from it for a while. I’ll come back to it one day and hopefully it’ll work the way I see it working. In the meantime, I have another project that I’m very excited about. It will address what people expect from sci-fi films but still does what I want it to do, and still has the heart and energy that I’d wanna see in a sci-fi film.