Home
Entertainment
Elementary Ep.1.09, “You do it to yourself” – Holmes is human after all!
Prev Article Next Article 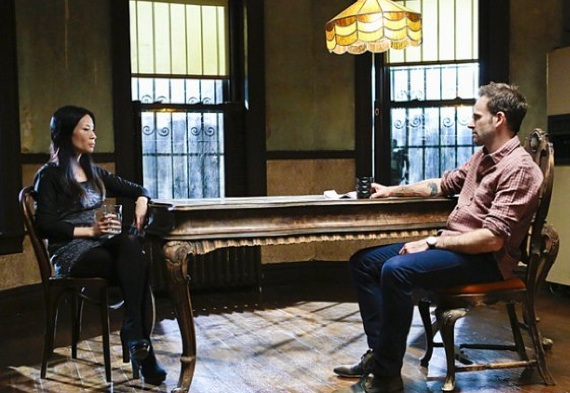 Elementary, Season 1, Episode 9: “You do it to yourself”
Directed by Phil Abraham
Written by Peter Blake
Airs Thursdays at 10pm (ET) on CBS.

This week’s episode of Elementary is a curious one.  We have a murder mystery (nothing new there), but we have Chinese superstitions and troubled exes come into play, establishing the mid-season slump inapplicable.

Although stricken with flu, Holmes investigates a murder of a college professor that was shot in both eyes.  In amidst the investigation, Watson revisits a figure in her past, mirroring her relationship with her sober companion.

Watson also continues to develop in terms of crime-solving skill and general intrigue as we see her visit Liam, a former boyfriend, who has been arrested for a hit-and-run.  Although there is doubt to his innocence, she – much like how she is with Holmes – displays faith and belief in that he was not involved.  However, by the end of the episode, we see that her efforts in trying to help him move forward have gone to waste – leaving her (practically) on her own at the end of the episode.

What is great about this episode is that we see a change in perspective from Holmes about his partner/sober companion.  From dismissing her traditional Eastern medicine to being open to her taking a shower in front of him (don’t ask), it is quite different to the Holmes, of whom we have grown to enjoyed the company every Thursday evening.  Faced with an illness all Brits are quite accustomed to, Miller takes a less erratic approach to his character’s deductive ways, leading to a more conscientious Holmes, as he starts to question the motives of certain suspects and the consequences of his actions.  The key moment is easily the last scene when Watson is waiting for Liam at the clinic and Holmes unexpectedly shows up and sits with her, effectively showing his support for her and a mutual understanding that their relationship is no longer as one-sided as it used to be.

The rotation in episode writers continues as we receive sharper snipes from Holmes as well as increasingly intriguing cases.  Now that we have seen that they no longer fall into the mundane cut-and-dry whodunits, we can now anticipate a much more diverse range of investigations, not to mention (hopefully) further character developments for supporting members such as NYPD’s Bell and Gregson.

The elements of the murder, such as the Chinese cultural references and the morality of a life-threatening decision, create many twists and turns that essentially lead to an almost uneventful but fulfilling climax.

Now becoming entertaining as well as smarter with each episode, Elementary is indeed coming out of the shadows as that weekly treat you can enjoy…just to see if the taste is different in a good way.