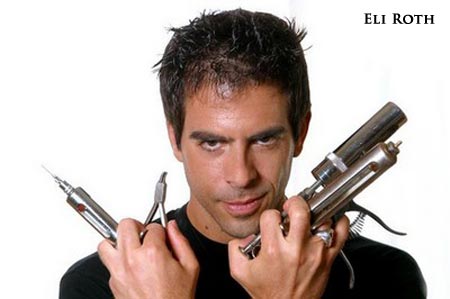 During the production of “Inglorious Basterds,” co-stars Eli Roth “and Omar Doom were supposed to do a stunt in which they would be engulfed in flames as Tarantino would hover high above them behind the camera in a flame-retardant suit…they (Royh and Doom) were slathered with protective gel and crew members were ready to put out the flame in case it started spreading onto their bodies.”  The 1,000 degree Celsius fire “…quickly went out of control …and caus(ed) the actors’ faces and hands to burn.”

But the most egregious part of the story is that the crew members that were supposed to put out the fire had to wait until Tarantino captured his shot (since he had one possibility to get it on celluloid).

I am all for being as verite as possible, but Quentin did not show much compassion toward the safety of his actors by not calling “cut” immediately and finding some other way to do the shot that did not endanger their lives.  It brings to mind the accident on the set of “Twilight Zone,” which saw “actor Vic Morrow and child extras Myca Dinh Le and Renee Shin-Yi Chen… killed in an accident involving an out of control helicopter. (Director John) Landis and several crew members were subsequently charged with involuntary manslaughter and child endangerment…numerous members of the film crew testified that the director was warned (to the hazards of the stunt), but ignored these dangers.”

So Tarantino is not the first director to play hard and fast with his actor’s safety, but the moral here is that Tarantino the champion cinephile should have learned from the mistakes of the past.  He is lucky that this story did not have a tragic ending. “Michael Eisner and his Tornante Company have tapped newcomer Mark Hammer to pen a feature adaptation based on “Bazooka Joe,” the comic strip that comes with Bazooka bubble gum.” A film based on terrible gum comics?  Can you wait to hear about the adventures of gum characters like “Joe, who wears an eye patch for reasons never explained, has child-friendly misadventures, sometime joined by a host of friends with the names Pesty, Mort (always with a turtleneck sweater pulled up over his mouth), Toughie, Hungry Herman, love interest Jane and a dog named Walkie Talkie?”

This film sounds like a catastrophe in the making. There has never been a cohesive joke in the entire history of Bazooka Joe gum comics.  They make the covers of Archie comics look like George Carlin routines.  This film concept is a symptom of the braindead nature of the majority of the Mainstream film environment.  They must be so bereft of original ideas if they feel the need to plumb the deaths of candy comics for inspiration.  If screenwriter Mark Hammer is able to pull off anything resembling a decent comedy, I will be incredibly impressed.   Just hearing whatever plot Hammer presented at his pitch would have been ridiculous beyond belief.   I would have loved to have been a fly on the wall at that pitch meeting. Smith announced that he is presently planning to pursue an ambitious new project.  The author of the bestseller “Tuesdays with Morrie” Mitch Albom  will be “teaming up (with Smith) for a movie adaptation of the late, great singer-songwriter Warren Zevon’s song, “Hit Somebody (The Hockey Song).”   Smith describes the plot as “…about a goon, a hockey goon. It’s this very wonderful, soaring, moving story that’s also bittersweet and very, very funny, about a hockey player who just wants to play hockey, who loves hockey so much, but just sucks at it. The only thing he can do to be on a team is just be the enforcer…”  There will certainly be some of Smith’s quirky trademark humour in the film, however “….he envisions the film as being more dramatic in nature, and possibly entering into awards season chatter down the road.”  As for the timing, “Smith is gunning to get the project going in 2010 or 2011”

Listen to the Zevon song here:

Kevin Smith is one of my favourite filmmakers, and I think it is terrific that he is going outside of his proven niche with the decision to make a more drama-heavy film.  The film has fascinating potential; this is a project the likes of which he has never done despite films like “Chasing Amy” having some heavy dramatic elements, “Amy” was still at heart a comedy.  Personally, I don’t care if he wins mainstream awards, but if it means it increases his audience it is a positive thing, in my eyes.  This follows up his announcement a few weeks ago that he will be directing “A Couple of Dicks,” with a stellar announcement of the casting of Tracy Morgan and Bruce Willis.  It will be the first film that Smith will direct that he did not write. It was written by Robb and Mark Cullen.  The projected USA release date is February 26, 2010.   The synopsis is “a comedy about two cops whose adventures include locating a stolen baseball card, rescuing a woman, and dealing with gangsters and their laundered money.”

I love a good buddy-cop film, and I can’t even think of a particularly memorable action-comedy buddy-cop romp that has come out recently.  If Smith is able to make the two previously discussed films successfully, he will have entered the “next phase” of his career that he keeps making reference to on his weekly podcast.  I applaud his attempt to grow as a filmmaker and stretch as an artist.  Listen to his podcast (called SModcast) off of his official website:

It will provide you with hours of entertainment.