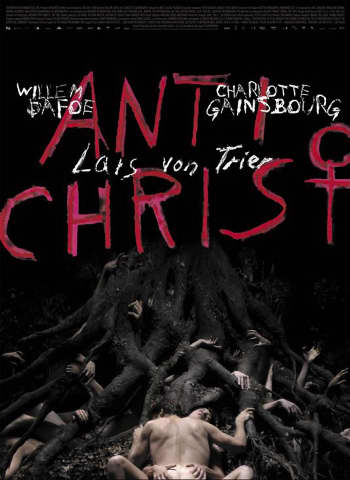 Pixar’s Up and Sam Raimi’s Drag Me to Hell are looking to be two of the years best reviewed films. Up currently has a 96% on the tomato meter with over 45reviews (If you consider the diatribe by Almond White a review). Drag Me to Hell has a 94% with 38 reviews.  Both appear to be exceptional examples of their genres.  They are made by filmmakers who care about quality not demographics. Here’s hoping that both films will be phenomenal box office successes.  I’m counting on them.  I’ve been too disappointed by the summer movie season for too long. (Yes, that includes you Star Trek)

It looks as though Quentin Tarantino will be marching back to the editing room for Inglorious Basterds. It’s clear to many that the film was rushed to meet his promised Cannes deadline. That explains the disjointed feeling during much of the film. There are even many sequences shot that but never assembled in time. So Tarantino may actually be adding new scenes that he thinks are missing to the already bloated 148 min running time. Maggie Chung’s part was also cut entirely from the Cannes version (making me very sad). So it looks like he has a lot of work ahead of him.  Let us hope he has been reading some of the film’s reviews and taking notes.  It still looks like there is potential for a masterpiece in there somewhere.

Lars von Trier’s Antichrist may be hitting the cutting room floor as well.  Why? To get an R rating?  From what I’ve read the film unapologetically charters deep into NC–17 territory. If the films purpose is meant to be as extreme as possible and shake you to your core, why not leave well enough alone. Americans can handle the same extremes as the French. I’m very iffy about this one.

Buffy the Vampire Slayer may soon return to the big screen but without the TV show’s creator Joss Whedon. (As you might tell, many fans are in a panic) This time around the film will be made by Fran Rubel Kuzui (the original film’s director) and her husband Kaz Kuzui. They plan to take the franchise toward a darker path and it will not tie in with the original TV show or the original film. This is yet another example of the almost frantic trend of re launching franchises.  You would think they could wait another five or six years to capture a younger audience unfamiliar with the show. Maybe they wanted to jump on the reboot bandwagon while it’s still the fashionable thing.