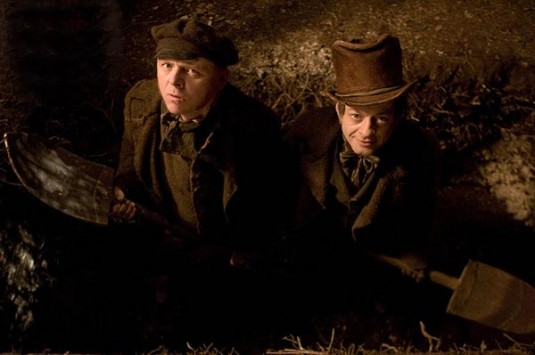 There are a lot of reasons to see Burke and Hare. The most obvious: This British black comedy film, loosely based on the Burke and Hare murders, is directed by John Landis, the acclaimed director of American Werewolf In London. Strangely most people think of Landis as a horror director, but he’s really a director of comedies, and even his films which have horror elements, are still mostly black comedies (Werewolf In London, Family). The point I am trying to make here is that we know what to expect, and that is a comedy. The problem is the film has an awful, laugh-free trailer. However it does star Simon Pegg and Andy Serkis as Burke and Hare, so I’m hoping for the best. Either way this is yet again a must see. It is Landis’s first feature film release in twelve years, the last being 1998’s Susan’s Plan, and more importantly Fantasia will honour the man with a life time achievement award. So pick up your tickets before it is sold out. I’m giving Burke and Hare the Joker card. Remember folks, all the movies on this list are required viewing, but I can’t promise you’ll like them all.