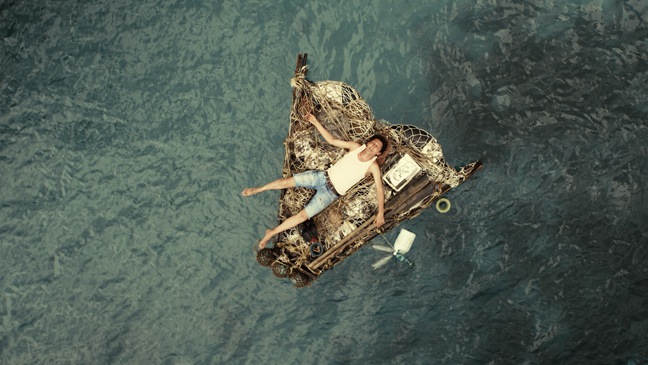 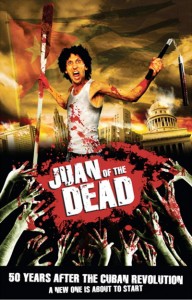 Juan Of The Dead

Written and directed by Alejandro Brugués

Juan of the Dead is a Cuban horror comedy. For those keeping track, that doesn’t ever happen. In fact, it’s a huge testament to director Alejandro Brugués’ commitment to and love of the horror genre that this film even was made. The fact that it is enormously fun and disarmingly smart is astounding. But what sets Juan of the Dead apart is its ability to convey a joy of filmmaking that far too many low budget horror (or anything) films can only coldly counterfeit. Each frame describes Brugués’s excitement at the history and possibility of the form, and when the plotting lags or the action stumbles, it is this elementary quality that carries the film.

Juan (Alexis Díaz de Villegas) is an aging slacker who has watched his life slip by and his family emigrate. He stayed–fishing, chasing tail, and idling his days away in an almost zen cloud of indifference. At the start of the film he’s hoping to rekindle a connection with his grown daughter but progress is stagnant–that is, until living corpses begin popping up and eating people. The two, along with Juan’s friends and some other colorful 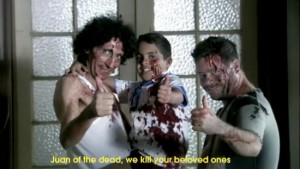 survivors, go all Ghostbusters and start a zombie extermination business called “Juan of the Dead.” The business booms at first, but eventually their entire customer base gets eaten or turned and our troupe of zombie killers becomes a troupe of trapped survivors.

You’d be forgiven for thinking that the zombie comedy subgenre had exhausted itself into a (yup) rotting, stinking corpse. But Juan succeeds because it is a film about Cuba and a film about Juan made 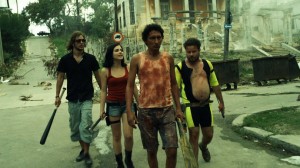 within the artistic context that Brugués most understands and appreciates. Juan can be aimless, the action is sometimes flat, and the jokes don’t always stick. But direction and effects are so often creative and surprising, and the characters so endearing that the film is always entertaining. And while Brugués doesn’t make great efforts to wring emotion out of the clear character chemistry, there are small, touching, moments here which demonstrate that he could make a fairly powerful film if he wanted to. 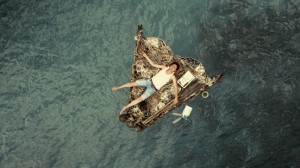 Juan is picking up a lot of hype at Fantastic Fest, and part of that is its inherent underdog quality. But it’s also an example of how quick and dirty concepts are still relevant in indie filmmaking. As a film, Juan is a little sloppy, and it’s surface level concept is obviously plenty derivative, but it’s vital, exciting filmmaking because Brugués is saying something audiences here haven’t heard.