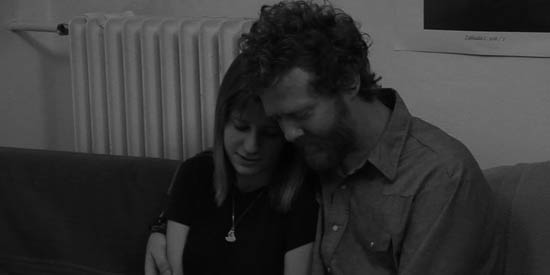 Some of you may remember the 2006 indie-hit Once, a musical film written and directed by John Carney. Set in Dublin, the film starred musicians Glen Hansard (of popular Irish folk rock band The Frames) and Markéta Irglová as musicians who fall in love. Shot on a microscopic budget of €130,000 (US$ 160,000), the film became a major box office success while earning enthusiastic reviews and awards such as the 2007 Independent Spirit Award for best foreign film. Hansard and Irglová’s song “Falling Slowly” even received a 2007 Academy Award for Best Original Song and the soundtrack as a whole also received a Grammy nomination.

After the success, the two actors/musicians took their act to the road, and Nick August-Perna, Chris Dapkins and Carlo Mirabella-Davis were there document the tour. The documentary, named after the group, will be released on October 7th in Los Angeles and will later hit New York on October 21st. The studio just released a trailer for the film, which you can see below.