Fantastic Fest is an annual film festival in Austin, Texas, founded in 2005 by Tim League of Alamo Drafthouse, Harry Knowles of Ain’t It Cool News, Paul Alvarado-Dykstra, and Tim McCanlies, writer of The Iron Giant and Secondhand Lions. The festival which focuses on genre films such as horror, science fiction, fantasy, action, Asian, and cult takes place in September at the Alamo Drafthouse South Lamar, filling three screens for eight days and hosting many writers, directors and actors, both well established and unknown. We’ve already posted the first wave of films which was pretty impressive. Now the fest has announced the second wave which includes AHN Sang-hoon’s Blind, Lars Von Trier’s Melancholia and aume Balaguero’s Sleep Tight. See the press release below.

Austin, TX–Thursday, August 18th, 2011— Fantastic Fest is proud to announce the second wave of programming for the seventh edition of Fantastic Fest, happening September 22-29 in Austin, Texas.  The second wave includes seventeen new World, North American & US premiere films, plus info on Fantastic Fest’s signature events and contests that make it one of the most unique festival-going experiences in the world.    Tune in next week for more amazing 2011 content to be announced!

Fantastic Fest is also proud to announce Kristen Bell in her official new role as Fantastic Fest Director. As GM of the Alamo Drafthouse South Lamar she has been a constant presence at Fantastic Fest and has overseen most of the festival operations for the last several years.  Commenting on Kristen’s new role, Fantastic Fest co-founder Tim League said, “I have served as the director of Fantastic Fest for the past six years and will continue to be very deeply involved as the festival Creative Director, overseeing programming, curation, event strategy and of course the all-important hosting of parties and events.  We are all excited to have Kristen assume this expanded role at the festival and look forward to working with her to continue to improve what is undoubtedly my favorite eight days of the year.”

One of the greatest long-running traditions of Fantastic Fest is the 100 BEST KILLS PARTY, where we sit in a theater together and turn the spotlight on the Grim Reaper of movieland as he disembowels, detonates and decapitates again and again and again. We’re not watching for character development or thematic resolution or any of that garbage; just the most life-defying acts of human extermination in film history. We need your help to make 2011′s 100 BEST KILLS the most mayhem-congested homicide-fest of all time. Just submit your optimum kills to us and the show’s best murder-slinger will receive 100 DVDs and Blu-rays from Fantastic Fest as well as partners including Blue Underground, Well Go USA, and others. Submission details here – http://www.fantasticfest.com/blog/2011/08/now-accepting-100-best-kills-entries/

It’s that time again! Every year Fantastic Fest hosts a bumper creation where we invite YOU to create the most outrageous video that you can come up with. We use as many entries as we can and put them on screen at the start of each screening. The theme this year is “Altered States” – feel free to interpret that how you wish and go in our bumper any direction you can imagine.  Go here for additional submission rules and deadline –

The amazing Grady Hendrix of the famous New York Asian Film Festival will join us and introduce four surprise 35mm screenings of classic Hong Kong grindhouse gems (most not available on DVD) from Hong Kong’s exploitation heyday of the late 80’s and early 90’s, these movies are cinematic crystal meth: cheap n’crazy, they’ll spoil you for everything else. Designed to play to rowdy audiences who threatened mayhem if they weren’t delivered a dose of gonzo delirium every five minutes, they have a total disregard for three-act structure, Hollywood plotting and the lives of their stuntmen. Get ready to burn!

Larry (AARDVARK’s blind-since-birth protagonist) has an innate curiosity that lands him smack in the middle of a bizarre criminal underworld replete with mixed martial arts, intrigue, murder and pillow humping.

A blind woman narrowly escapes from the clutches of a serial killer.  When he circles back to get rid of any witnesses, the woman must rely on her other acute senses to identify and outwit the killer.

A city planner becomes strangely linked to a gun possessed by the soul of a dead hooker.

Five friends stay in a remote cabin for the weekend and uncover a supernatural anomaly in the woods.

A man wakes in a strange apartment after a long night of drinking. When his unfamiliar bedmate tries to usher him out, they both discover that spaceships are hovering over Madrid.

Roger Brown (Aksel Hennie) is good at two things: hiring people and stealing from them. He’ll risk it all when he meets a former mercenary who owns a painting worth millions.

Luke and Claire work the desk at a quaint, failing hotel. On their last night, these two amateur ghost-hunters try to capture definitive proof that their workplace is haunted. THE INNKEEPERS kicks off a Ti West retrospective at the Alamo Drafthouse sponsored by the Austin Film Society.

The highest grossing domestic Chinese release ever, LET THE BULLETS FLY features the hilarious and bloody antics of a band of thieves traveling by train in this 1920s-set western satire.  Writer/Director Jiang Wen stars opposite screen legend Chow Yun-Fat.

The man who brought us Fantastic Fest hit ANTICHRIST creates a very different type of genre film – an incredibly personal science fiction story about the end of the world.

Setting the record for the darkest of character studies, Markus Schleinzer’s compelling and surprisingly humorous directorial debut follows five months in the lives of a pedophile and the ten-year-old boy he keeps in the basement.

Fantastic Fest again hosts another untraditional Christmas movie; this time Santa Claus is out and Satan is in. When Chucho (Joaquín Cosio) loses the beloved role of Satan in the town’s Christmas play and tries to reclaim the part, all hell breaks loose and an epic battle between good and evil begins.

A beautiful young woman is trapped in her apartment with a nervous realtor and an expanding cast of unsettling characters in the latest from the director of COLD SWEAT.

The location is familiar (a vertical shaft Barcelona apartment building) but the story is markedly different in Jaume Balagueros (REC; REC 2) solo feature debut. Lonely doorman Cesar must do whatever is necessary to keep the neighbors from uncovering his dark, disturbing obsession for his favorite resident Clara.

Tomasz Thomson’s SNOWMAN’S LAND is a bleak comedic thriller from Germany about an over-the-hill hit man who gets sent to the remote snow-covered wilderness to handle a job that may be his last.

Haunted by memories of their last mission, a feuding special ops unit is tasked to uncover the mystery of what happened at a desolate military base in this tense and claustrophobic South American thriller.

Oscar and Lara have an entirely normal family other than the fact that Oscar runs a haunted house in their basement and Lara speaks with elves.

From the team behind the Fantastic Fest award-winning film A HORRIBLE WAY TO DIE, YOU’RE NEXT traps a family inside secluded mansion in the middle of nowhere. Outside the home is a group of animal-masked killers who take a stab at making sure none of them leave alive. 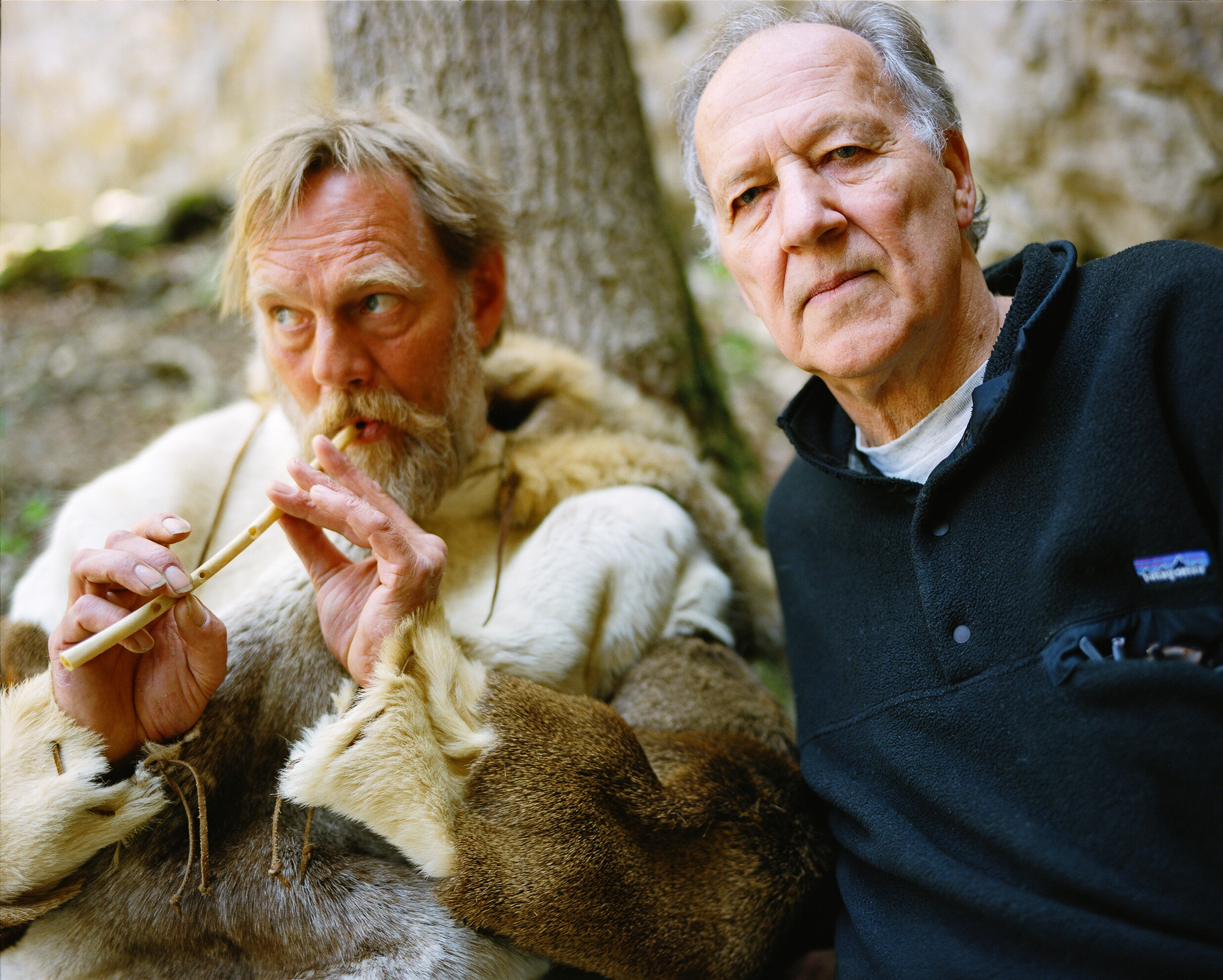