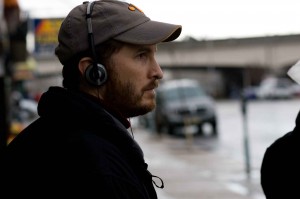 As the contemporary director most obsessed with the idea of obsession, Aronofsky would be a great fit for an episode or whole season of True Detective. Often, in the more intelligent entries in the genre, detective series focus not just on plot but on how the horrific events that take place within the plot affect the characters we’re following. The first season of True Detective was pretty much a vehicle for looking at the Rust-Marty relationship. Aronofsky’s resume is full of character studies, such as The Wrestler and Black Swan. But it’s that obsession – the kind that kept Rust on the Dora Lange case long after he walked away from being a detective – that Aronofsky would be able to bring out. On top of that, Aronofsky’s visual storytelling suits Pizzolatto’s content – at least what we’ve seen of it. It’s easy to imagine Rust going head-first into a drug-induced episode filmed like Requiem for a Dream or to have seen his cosmic visions play out a lot like the spaceship strand of The Fountain. Aronofsky was set to direct the pilot for a now in-limbo Michael Chabon series, Hobgoblin, so the interest in TV is there. What better entry than what will surely be an award-winning series in a year’s time? 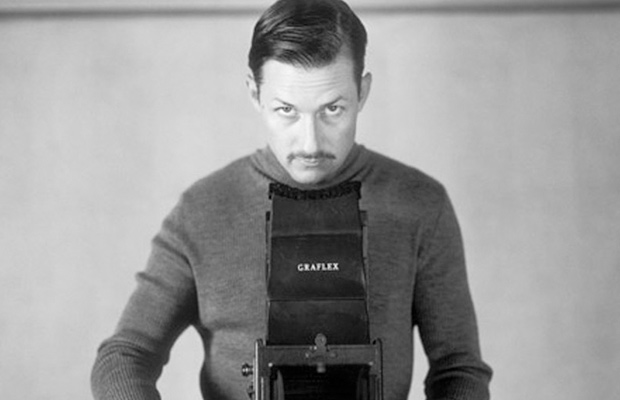 Field is a less obvious pick, since his work in film is very domestic – In the Bedroom and Little Children. That said, he directed an episode of the stylized Carnivale, which is well outside of that sphere. Both of his feature films trace, in some way, the deterioration of a person or family because of trauma. In the Bedroom, in particular, shows how desperate characters can become when trying to make sense of the world they live in. The visual aesthetic would be much different from Fukunaga’s, but that should obviously be a goal for the next season of True Detective. Instead of going down the hard-boiled or noir route, seeing Field tackle a more suburban and traditionally dramatic version of the show could not only move the location of True Detective to somewhere more populated but it could also give Pizzolatto the chance to explore some similar themes about community and the evils that underpin it. 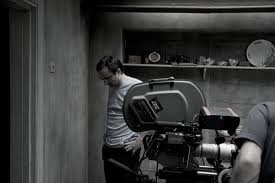 If Nic Pizzolato and HBO are looking to maintain a similar look and feel to season 1, the best choice would be Andrey Zvyaginstev. Having directed only a handful of features, his work has already drawn comparisons to Andrei Tarkovsky’s, and it’s easy to see why. His films are haunting, beautiful, and tense. With tight framing, atmospheric use of sound and music, and an overall sense of dread and mystery, Zvyaginstev creates gripping, thought provoking cinema. He builds a sense of uneasiness with the camera, moving it with slow precision and style, while getting the most out of the actor’s performances at the same time. Take a look at the opening of Elena and you will see exactly what I mean. Now imagine this kind of technical assuredness combined with the puzzle-like structuring of Pizzolata’s writing, and we could have one of the best second seasons in television history. Zvyaginstev’s films are haunting without any occult references – think about what an allusion to Cthulhu could accomplish! 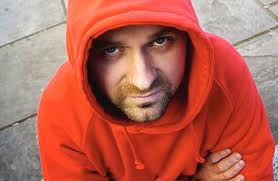 In the first season of True Detective, the aesthetic was deliberate and atmospheric. With the next season, it would be nice to shake things up. Keep the dark and dirty, keep the fantastic, but throw in some crazy tonal shifts. In season one, it’s all doom and gloom until the final few minutes. In season two, let’s have a full range of emotion from start to finish, and let’s have a director with a strong eye for social commentary. My vote goes to Lukas Moodysson. He can do gritty realism, he can do comedy, and he isn’t afraid to take chances. Plus, his documentary-like aesthetic would be a nice counter to Cari Joji Fukunaga’s precise formal style.

Moodysson’s work also embodies the kind of well-rounded politics of gender and sexuality that were absent from the first season. He is, first and foremost, a humanist – yet one who doesn’t shy away from disturbing material. With a focus on subversive themes, his films work to expose the exploitative elements of society at both the local and global level. Don’t take my word for it, though. Gather some friends and line up a nice double bill of Together and Lilya 4-ever, and then imagine the moods of those two films combined in an HBO series. Add a little dash of the occult, a whole hell of a lot of mystery, some top-notch casting, and what you have is a recipe for repeat success.

Kelly Reichardt knows how to sweat the small stuff. Her films are minimalist, slow, and assured, but never lacking in details. With attention to melancholy as an aesthetic emotion, Reichardt uses location—almost always outdoors—as a means of gaining insight into the human condition. Whether urban or rural, setting is a site of both power and weakness. Defined through circumstance and place, her characters are often immersed in transitional periods, seemingly free yet also trapped; Reichardt’s patient camera capturing a moving cloud or a gentle breeze, reminding us of man’s insignificance.

She would be perfect for True Detective because she knows the nuances of representing mental states and human interaction. Her meditative approach is both intimate and distant, always leaving room for interpretation, and although I’m starting to sound way too vague and pretentious, I assure you her skillset is superbly suited for a character-driven police procedural. At its core, season one was at its best when exploring the dynamic between Rust and Marty. With season 2, a director like Reichardt could bring depth and insight to Pizzolata’s already strong writing. 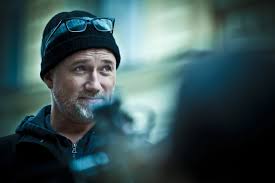 True Detective is one of the most compelling series currently on television, one that boasts an almost embarrassing array of riches: an excellent cast, superb direction, breathtaking cinematography, a great soundtrack, and even a opening credit sequence that itself, is a work of great art. Anyone who listens to our True Detective podcast would have heard us compare the eight-part first season to the work of director David Fincher. The resemblance is due in part to the show’s subject matter: the search for a serial killer. Of course Fincher has already perfected the police procedural/serial killer hunt in his 2007 masterpiece Zodiac, but wouldn’t it be great to see him do it again? But the comparisons go beyond the basic plot; True Detective’s crispy cinematic look and brooding atmosphere resemble Fincher’s clinical style, not to mention the first season ended in a similar thematic note to his 1997 thriller Se7en. Fincher’s work, both on the big and small screen, tends to be very dark, both visually and thematically, and evokes sensations of paranoia and claustrophobia. He’s an absolute master of psychological terror and a perfectionist who’s work ethic has been compared to Stanley Kubrick. Obsession comes to mind when discussing the first season of True Detective. Not only was the main character Rust Cohle obsessed with solving the crime, but so were viewers, unleashing crackpot theories on a daily basis and spending hours speculating, debating and re-watching the series to try and piece it together. So if you are looking for someone to direct the second season of True Detective, look no further: nobody tackles the theme of obsession better than Fincher. 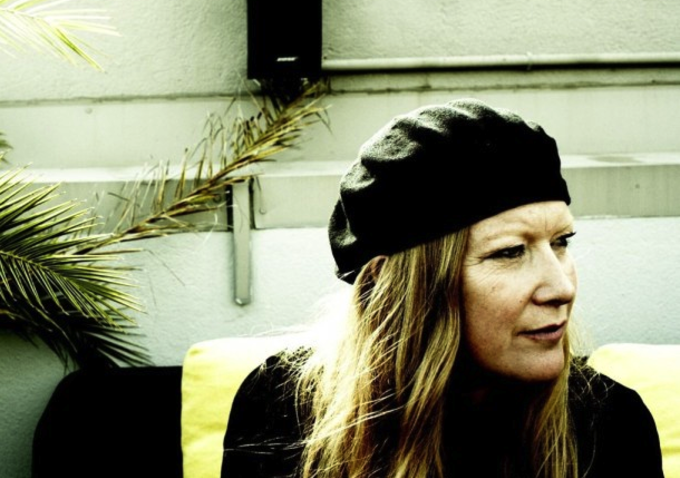 One of True Detective’s biggest points of criticism is how it handles its female characters. Emily Nussbaum of The New Yorker wrote an excellent piece titled Cool Story, Bro calling out the show’s shallow deep talk and macho nonsense. Regardless if you are agree wholeheartedly with Ms. Nussbaum’s or not, I think we can all admit that season one failed to present viewers with a single complex female character (although they came close with Michele Monaghan’s Maggie). On the other side of the coin is Slate’s Willa Paskin who writes, “I think True Detective is, at least on some level, very aware of how stereotypically and perfunctorily it treats its female characters. When it comes to women, True Detective is undeniably shallow—but I think it’s being shallow on purpose.”

Whatever the case, I think the series can benefit from having a woman director behind the camera and calling the shots. It sure would silence some of these criticisms and who better than Andrea Arnold who’s already proved she can direct a first-rate thriller with her directorial debut Red Road. Arnold’s work is often centred on female, working-class characters and Nic Pizzolatto strongly implied that the next season will feature female detectives. Much like True Detective, Red Road is an atmospheric little thriller made up of equal parts paranoia, loneliness and anxiety, and one that ultimately emerges as a haunting exploration of how grief can weigh on us. Coupled with her unique vision for unsettling images and intricate editing, Arnold is a prime candidate to helm a season of True Detective. 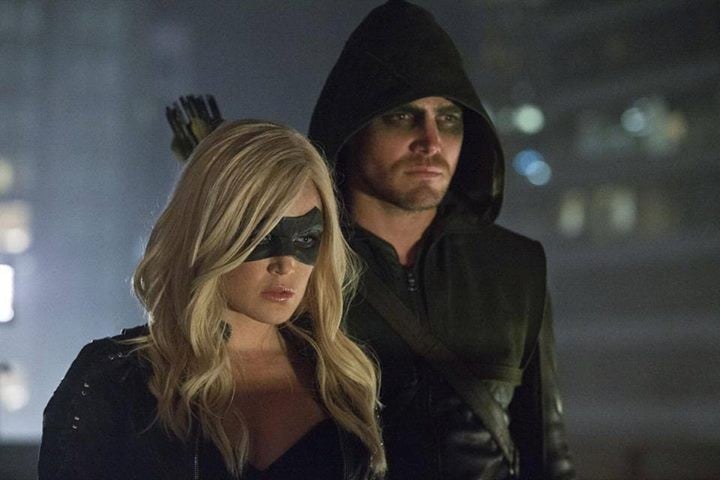 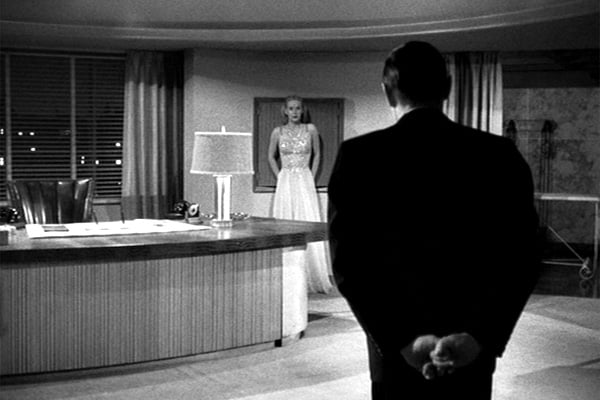