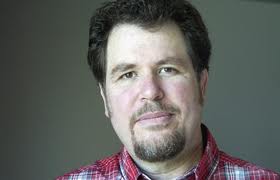 I chatted briefly with Don Coscarelli about as he does the rounds for his latest film John Dies at the End, touching on David Wong’s original novel, his favorite films, and more.

Neal Dhand: This is the first film you’ve directed that you also haven’t written. What drew you to the source material?

Don Coscarelli: It’s certainly, definitely square in my domain. It’s got inter-dimensional travel, it’s got questions about reality – what’s real and what’s not. And then at the same time, the material was filled with so many fantastic images, concepts, dialogue. It’s hard to go through it all. Look, we got a talking dog, we got a monster made out of meat, we got this inter-dimensional drug that chooses you, bratwurst cellphone. It’s a wealth of great ideas. I had read the book and I thought, ‘this would make a hell of a movie,’ and I really liked the useful perspectives that the writer had. It felt a little different, felt very current – of the current generation, felt very different than a lot of stuff that I read and see and so I was eager to work with David Wong.

ND: How closely did you collaborate with David Wong?

DC: Unfortunately, not that closely. Now that I’ve come to realize that he’s a sheer genius I hope to one day collaborate line-by-line on a script with him sometime. And with this one, he had a regular day job. You know, there’s an interesting backstory with him. He was from central Illinois and this was his first any kind of fiction that he’d ever written. He’d embarked on this writing career and I know he had had a hobby that started with this comedy website called pointlesswasteoftime.com, which I had gotten into reading when I read the first chapter of the book. Then he got a job as an editor at cracked.com and now he basically runs cracked.com. There’s just an overwhelming amount of amazing comedic material that’s generated on that site. He runs the whole thing. I’m not sure he had a lot of time to get involved with me.

In any case he did give me some confirmation on my path of how I was adapting the script. It was a big novel – 350 pages. To shoehorn that into a 100 page screenplay was a mighty challenge and a lot of stuff had to go by the wayside. But I had a plan about how I would take the first third and then grab the ending and try to make it work that way. It was very gratifying. I asked him how he would approach it and he essentially said he would go about it the same way.

ND: Is there anything you wished made it into the movie that didn’t?

DC: There are some fantastic, great Lovecraft-ian monsters that I couldn’t even consider doing. I didn’t know how and it would cost a huge amount of money. There were also some subtle things that just messed with the structure that I couldn’t put into the movie. One of them was a great moment – I love this – where Dave goes to sleep and then he wakes up and the girl that he was enamored with and was afraid to ask out is in bed beside him and he jumps up and he’s got a goatee and six months have passed. He went to sleep and he’s now married to the girl. It’s an awesome concept, that that can happen overnight – you just wake up and it’s six months later and you’ve got a goatee.

There was a full other subplot. I shot a lot, and I had to leave a lot out in the editing even. There are a couple of magical monologues that will be on the Blu-Ray. There’s a great one in the Mall of the Dead by the junior gangster guy, Justin, where he just rails on about – he’s been infected by the creatures from another world – and he just rails on about how horrible our earth is and explains why in a really interesting way.

ND: Was your directing approach different since this wasn’t your original material?

DC: Not so much. For better or worse, when I’m making a movie I have the ability to make any changes I want, so if I want to change something I’ll just change it. I try to be respectful of the book, of course, so from that perspective… This one was difficult with the length issues, but other than that it was just a dream to have some of the dialogues already written, which was terrific. In a sense it’s easier. There’s a comfort level of having the book that someone else wrote. You don’t have to take the blame for it [laughs]. You look at it and read it and go, ‘I love this,’ and then you put it on the screen and you still love it. I think it’s probably an easier path. I really should probably go back and do a totally original piece, but there’s a lot of great books out there.

ND: I’m curious about the casting, particularly with Dave (Chase Williamson) and John (Rob Mayes). How’d you find these guys? Were they in mind from the beginning?

DC: No it was one of the great challenges of the project. We embarked on it and didn’t have unlimited funds. We basically allocated our cast budget towards some of the veteran actors who would come in for short periods of time and create memorable roles. First and foremost, Paul Giamatti, second Glynn Turman as the detective, Clancy Brown as Dr. Marconi and Doug Jones as the Roger North character. So those guys – we paid a little more money for them. It was a challenge, no question.

So I just had to go out and cast those two guys. Until I found them it was the most terrifying part of making the movie. If I couldn’t find a Dave or a John, there’d be no movie. But just a gift, a blessing, was probably the second day of casting, Chase Williamson walked in. He just graduated from USC Drama School. He’d been to like one audition. He had never been in a movie, never been in a TV show. I think he did a project on Youtube and that was about it. He walked in and he was so good. Everything that you see on camera, he was performing it for me.

As the director you’re like the first audience. I gave him a page of the narration, which the Dave character has to give during the first part of the movie. And his performance of that I really felt like, ‘wow, this could be good. I’m loving hearing it through his performance.’ And so he was pretty much cast – I didn’t tell him, but I cast him on the spot.

Then of course, even Rob Mayes it was the same situation. It took a little longer but he just had this ability to convey this goofy, sweetness that was just adorable so I went with him.

But I’ll tell you, what a challenge it was, what a white knuckle moment with Chase. He had never been in a movie and the way the schedule worked out, the first day of shooting he had to give eight pages of dialogue opposite Paul Giamatti. I was just freaking out that he was going to melt under the pressure. Paul’s a really good, decent guy, and worked with him. And Chase, he just did it. I’m so blessed. That’s probably why the movie turned out okay, because we got those two guys.

ND: I’ve always wanted to ask you this. Do you have a favorite film?

DC: Well it depends on the day of the week. It’s funny, I have these two favorite films that I adore and watch over, and over again. Number one is 2001: A Space Odyssey, because when I saw that at a young age it really turned me onto filmmaking about the power of movies in so many ways. A few years later I came across another movie that I absolutely love that has no special effects in it whatsoever. It’s a great human story about veterans coming home from the war called The Best Years of Our Lives. I just absolutely love that film.

But I can’t leave that question without telling you a couple of my favorite guilty pleasure movies. Among many, I love Starship Troopers with Clancy Brown, I’m a gigantic Point Break geek, any early Kathryn Bigelow. I like a lot of movies, it’s hard to pick one.

I’ll throw it back at you, what’s your favorite? You’re on the spot now.

ND: 2001 would be up there for me. Like you, they’re always changing, but I’d go with Blue Velvet and The Exterminating Angel. Love both of them.

DC: Hold on a second. Of course I’ve seen Blue Velvet, It’s a great picture. What’s the other? I don’t know it.

DC: You know, that one’s always eluded me. I’ve never seen it. I’m going to track it down now. Of course, I should go back: the movie that got me into making movies was Un Chien Andalou with him and Dali. The effect of that on za young kid, I thought, ‘I gotta make these kind of movies.’

Don CoscarelliJohn Dies at the End 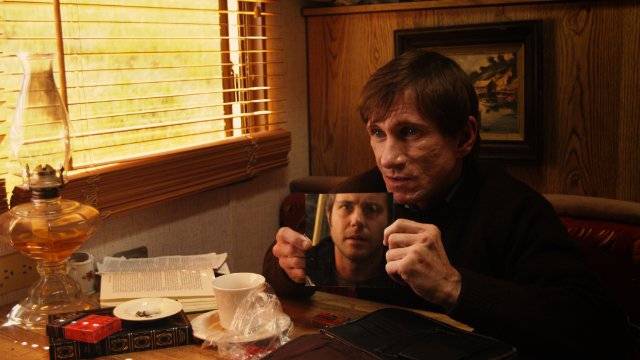 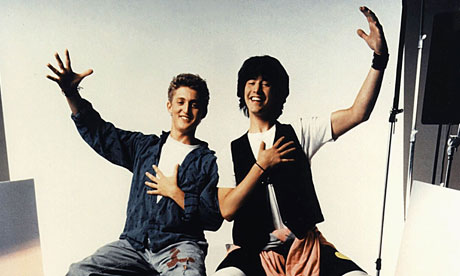