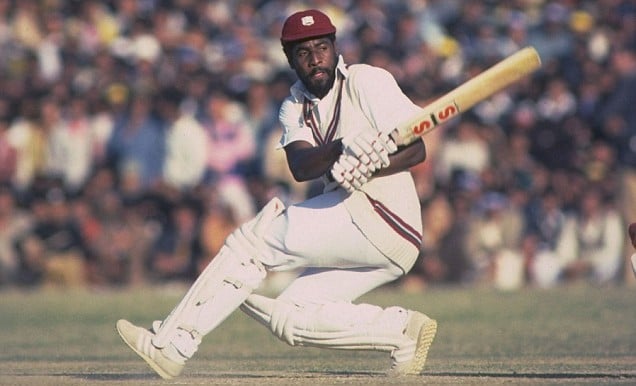 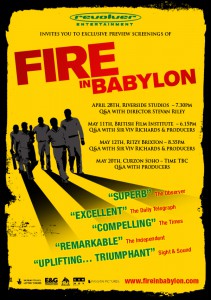 Fire in Babylon is a 2010 British documentary covering the rise of the West Indies cricket team of the 1970s and 1980s, written and directed by Steven Riley. The film includes historic footage and interviews with the characters of the time, including Colin Croft, Joel Garner, Gordon Greenidge, Michael Holding, Clive Lloyd, and Viv Richards.

The documentary follows the ascension of West Indies cricket from the “Calypso Cricketers” team, due to their exciting but unsuccessful style of play, to a team that never strays far from the top of the cricket betting odds.

After briefly describing the history of cricket in the West Indies, the documentary picks up pace when it reaches the 1970s, with the West Indies still failing to turn a group of 11 players from different parts of the Caribbean into a united team. The appointment of Clive Lloyd in 1974, whose first tour in charge came in the humiliating 5-1 series defeat in Australia, where Dennis Lillee and Jeff Thompson tore apart the West Indies with their aggressive fast bowling. 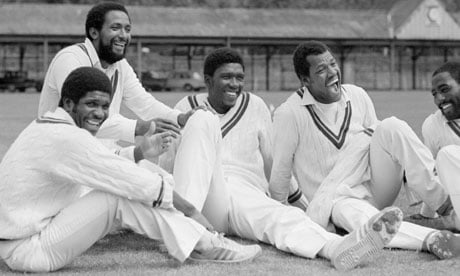 That series defeat was the turning point for the West Indian team, however, with Lloyd making it clear that the team’s success depended on having a pace attack that could match any in world cricket. And so, the likes of Andy Roberts, Michael Holding, and Colin Croft all burst onto the international scene soon after, wasting little time in establishing themselves as one of the most intimidating bowling units in the game.

The new-look West Indies team’s greatest triumph, perhaps, came in the 1976 Tour of England. Spurred on by England captain Tony Greig’s now famous “grovel” comment ahead of the series and all the connotations that brought with it, the West Indies began an era of dominance over their former colonial masters, including the famous 1984 “blackwash” series, a development that stunned fans who bet on cricket.

As well as being an informative trip down memory lane, Fire in Babylon tells more than just a story of a successful cricket team. From the various cultures and backgrounds of the players who form the West Indies team, to the obstacles the team had to overcome to be able to leave their mark on the game, Fire in Babylon is as good a sports documentary as has been made in recent years, even for those who usually view cricket as nothing more than an energetic picnic.