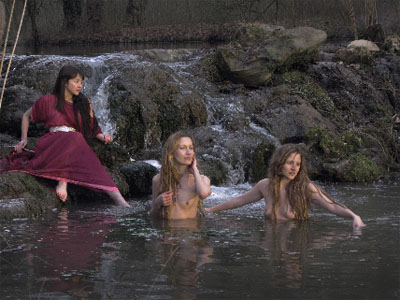 Defying all expectations and conventions, Catherine Breillat creates a fairy tale that can only be attributed to her sensibilities with her newest film, La Belle Endormie. A loose adaptation of Sleeping Beauty, the film is about a young princess’ journey in a dream world and her awakening 100 years later in the latter part of the twentieth century. This is not a story of a damsel in distress, but rather a girl in complete control of her femininity, making the film a rather nuanced coming of age tale.

While most of Breillat’s work is focused on the sexual self-discovery of adolescents and young women, her two most recent films are very much centered on the lives of pre-adolescents. They are no less explorative; they simply explore gender and sexual dynamics before physical development. Though somewhat unnerving at times and hardly appropriate for young audiences, the film never reaches the same level of controversy of her most disruptive work. It is nonetheless probing, and explores very interesting facets of femininity that no other filmmaker working today would even imagine delving into. Breillat’s ideas and themes remain unique to her, and she manages to find new and exciting things to say with each picture.

Stripped of much of its spectacle, the naturalism of the surroundings allow much of the nuance of the story emerge. This is especially evident early on with the events and people surrounding the sleeping beauty’s birth. Just contrasting the old haggard witch with the three young and evidently fertile fairies, Breillat is already presenting familiar tropes but similarly deconstructing them by emphasizing the sexual and physical differences between the two entities. This is compounded by the two kinds of magic presented within the film, and the latter characterization of the princess.

For most of the film, the princess is little more than nine or ten years old, more than likely even younger. She defies most expectations of her character, and is by no means a damsel in distress. She is self-aware though, and enjoys exercising her “authority” as a royal. This plays into childhood dreams, a descriptor of a young girl’s desire to identify and become a princess. A desire for another life, one where everything and anything seems possible, and the joys of beautiful clothing, delicious food and undivided attention are everyday luxuries. This eventual dissolves though as the princess enters her deep sleep, and her dream world. It is here where she learns the values of her independence and her talents of persuasion. Her journey is ultimately for love rather than a search to regain her royal heritage, and this becomes fundamental when she re-emerges from her great sleep. Unlike the more familiar tale of Sleeping Beauty where the princess has been completely sheltered from the world, ugly and beautiful, this princess is faced with the best and worst of humanity. It may not be real, but dreams are as much a part of us and just as palpable and effecting as any given day. They are built from our everyday lives, and can likewise have impact on forthcoming events. When the princess wakes from her dream, she has lived the equivalent of several different lives, and is different not only by virtue of being transformed into a beautiful sixteen year old, but having learned from those experiences.

Though at times dry, Breillat’s fairy tale fantasy is enchanting and original. It explores interesting facets of the female mind, especially that of a young girl searching for identity, love and independence. It is completely unlike any adaptation of the Sleeping Beauty you are bound to encounter, it is in many ways faithful to the familiar story. It is simply a re-invention by Breillat, offering her perspective on commonly accepted fantasies we tell children: she reveals their prejudices, while also exploring their ultimate appeal. More than thematically entrancing, the film appeals to base desires and manages to tap into repressed childhood feelings. Once again Breillat exposes herself as one of the true visionaries working in contemporary cinema. 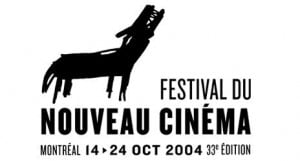