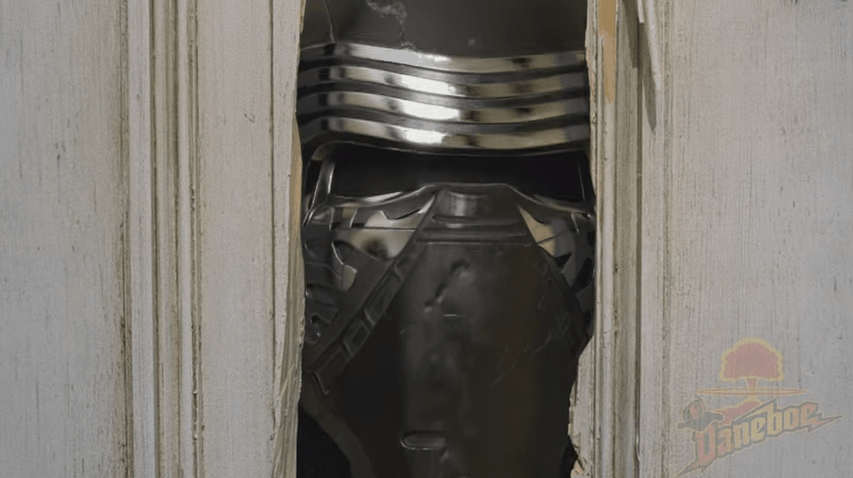 A lot of people have a lot of very loud opinions about Star Wars: The Force Awakens, but the one thing everyone seem to be able to agree upon is that Kylo Ren, the Vader superfan who serves as the main antagonist…is kinda lame. Not because Adam Driver doesn’t deliver a good performance, but because when you really boil him down to his core, Ren is less of a powerful, menacing force to be reckoned with, and really just an angsty 20-something with authority issues and a lack of self-control. When Darth Vader coldly executes an underling for an infraction, it’s because he straight-up has no time for their tomfoolery. Vader’s got better things to do than deal with your nonsense, Admiral Ozzel! But when Kylo loses his cool and hacks a control panel into tiny bits, it comes across like a child having a temper tantrum because daddy says he can’t have a new collectible. You just wanna give the guy a cookie and tell him to take a break, man.

So when Ren’s face gets superimposed into a number of beloved movies in this new video from Dane Boe, it’s interesting to see how classic lines coming out of Ren’s face can suddenly take on an air of petulance by association. All of a sudden Jules Winnfield’s pre-kill speech from Pulp Fiction feels less like some cold-ass s&!t to say to someone before you kill ’em and more like someone desperate to sound much cooler than they are. The famous “You can’t handle the truth” line from A Few Good Men sounds less defiant and more like something you hear a teenager yell before they slam their bedroom door and crank up the Linkin Park. We need a name for this, this ability of Kylo Ren’s to make everything feel less awesome than it should be, and more like a cry for attention.

Ladies and gentleman, The Kylo Effect: