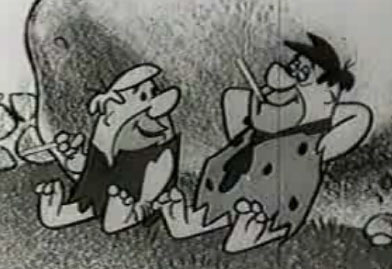 Winston cigarettes became the best-selling brand of cigarettes in the United States shortly after it was introduced in 1954, and eventually held the Number 1 spot from 1966 to 1972, thanks to the successful marketing slogan “Winston tastes good like a cigarette should.” The reason for its success might be attributed to their clever marketing campaigns. RJ Reynolds sponsored the first two seasons (1960-1961) of the popular TV cartoon The Flintstones, and allowed Fred Flintstone and Barney Rubble to be seen smoking Winston cigarettes during commercial breaks. It was only in its third season that The Flintstones became more oriented towards children, and as a result RJ Reynolds was replaced by Welch’s Fruit Juice as the main sponsor. Watch one of the commercials below. Enjoy!