Time for our second of many British films at FRIGHTFEST this year and we were treated to the World Premiere of Cristian Solimeno’s The Glass Man; a surprisingly affecting drama / thriller that rummages into the spiralling psyche of an ordinary man falling further and further into muddy proceedings as he attempts to dig himself out of a simple lie.

After he loses his job, Martin Pyrite lies to his wife and continues his routine, hoping things will somehow work out. Debt piles up as does the guilt and it’s not long before a sinister debt collector shows up at his house late at night with an offer – Martin can help him do the deeds he needs done for one single night and the financial slate will be wiped clean. Or he destroys his life and takes everything. It’s the first of many impossible choices that sees Martin slide the vertical slope into a nightmarish morally vacuous pit that he can’t crawl out of.

Andy Nyman (Severence, Death at a Funeral) as our flailing protagonist gives a startlingly honest and powerful performance, managing to carry the entire film along with his deftly amusing partner Pecco who steals every scene he’s in.

It’s a difficult narrative to get right and it has to be said that the focus is purely on the acting and the screenplay rather than the film-making itself which is functional at best. Every scene is a little too long which makes it all feel somewhat dragged out, but the over-all arc, while hardly original, is a satisfying ride that found me surprisingly happy to accept a genre of horror that I had hoped to be done with.

Over-all I highly recommend The Glass Man for its intentions and the acting of its two leads, but as a movie – it’s hardly one I’d rush out to see on launch. 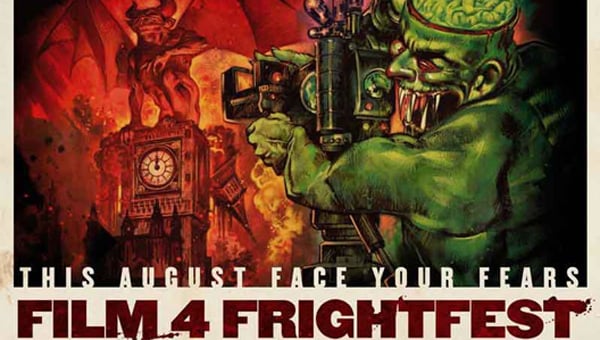