This week, on Fringe: Walter goes from seeing things to hearing things, Olivia hangs with Clincoln, and there’s a thin Marjorie between a Starling and a Lecter. 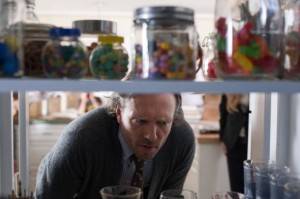 After last week’s strong premiere, Fringe is back with another very good episode. This episode has a great premise and one that leaves the door open to a lot of great stories in the future. The prospect of the two Universes working together to solve crimes is promising- not only does that mean more time with Fauxlivia (who is much more fun than Olivia, let’s be honest) and Clincoln (Cool Lincoln) and the no-longer-dead Other Broyles (no thoughts on a nickname for him yet- suggestions?), but it gives us episodes like this one, where a man is a professor and freelance profiler in Our Universe and a serial killer in the Other Universe. This strong premise is helped by an excellent performance from John Pyper-Ferguson in the dual guest role.

In this TV landscape of increasingly disturbing crime procedurals, serial killers have been done a million times. This episode puts a nice twist on it though, with McClennan using Other Universe tech to literally take the happy memories from his victims, feeding off their positive emotions, and killing them in the process. This notion, that he cares less about killing his victims than about pushing back the crushing darkness he lives via the happiness he can’t experience any other way, is an interesting take, and one perhaps more accurately illustrative of some killer’s motivations. The episode also subverts expectation with its happy ending- Our McClennan, when robbed of his memories of Marjorie, the woman whose influence turned him from his violent path, doesn’t become the monster the Other McClennan was, but retains his soul, not remembering Marjorie, but able to hold on to her lesson s. Unfortunately, Schapker and Owusu-Breen hammer home the message, taking what could have been a subtle nod to Peter and bashing the viewers over the head with it, but the resolution of McClennan’s story is still appreciated. 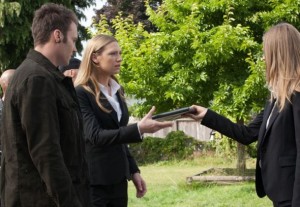 Supporting the serial killer plot are plenty of great moments with the Other Fringe team and Olivia. The effects in the episode are nearly flawless (this is how you do doubling, Ringer!) and Anna Torv is great, as ever, in her dual role. Both Olivias are distinct, fully realized, and yet similar enough to have an understandable common root. While Fauxlivia is more relaxed and fun than Olivia, we’re shown this week that Olivia is wiser and, in many ways, better at her job. She’s colder, but she’s also stronger, and far more able to connect with those in pain. It’s nice to have Clincoln as an audience surrogate, seeing the strengths of both Olivias, and one gets the impression that he would be a great friend to either of them. The scenes between Clincoln and Olivia do prompt questions as to whether she still met him while she was in the Other Universe, but not enough to distract from the action, and their easy rapport makes one hopeful for more scenes like these in the future. Our Lincoln sits out this week, but hopefully the writers will be able to make him as interesting, likable, and distinct from Clincoln as they have for the other main characters and their doppelgangers.

Walter’s deterioration continues this week, with Peter now calling out to him, as Walter has covered up the reflective surfaces in the lab. Astrid’s patience with and concern for Walter is touching, but one doubts she will be able to prevent the tailspin surely coming in the next few episodes. Perhaps a big wad of Brown Betty is in order? Seeing Walter this frail is difficult to watch, particularly as there’s no comfort in sight for him, unless the Observer decides to pay him a visit. Continuing his absence is Walternate, a fact that intrigues and promises a bit of a reveal when we finally see the new version of him (though perhaps that’s reading too much into things). It’s nice to have Other Broyles back in the mix and the quick line we get about Charlie and Mrs. Bug Lady is a treat, and a nice way to explain Kirk Acevedo’s absence (he’s on Prime Suspect at the moment). We still haven’t gotten a scene with Olivia and Other Charlie (when Olivia knew who she was), if memory serves, so that’s one to look forward to, if Avecedo is able to guest star in the future. 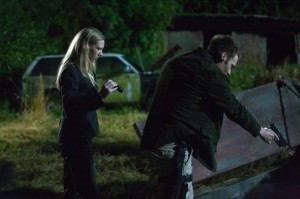 Though some Fringe fans have complained about the slow movement in the Peter arc, that there has been too little progress or too few answers, this slow-burn approach is exactly the right decision. There is plenty of time later in the season for answers, and the pay-off will be far more effective the longer we go without Peter. Joshua Jackson is good on Fringe, but the show is also working fine without him, or his physical presence, at least. Peter is all over the show despite his current nebulous state, and is perhaps more significant now than ever before. To bring him back too soon would create a lot of problems for the show, not the least of which is a problem of mythology and stakes. If Peter’s back and the two worlds are working together to try to solve their problems, where is the dramatic tension and overall mythology? If it ain’t broke, don’t fix it, and Fringe, right now at least, is far from broke.

What did you think of this episode? Are you looking forward to future collaborations between the two teams? Sound off below! 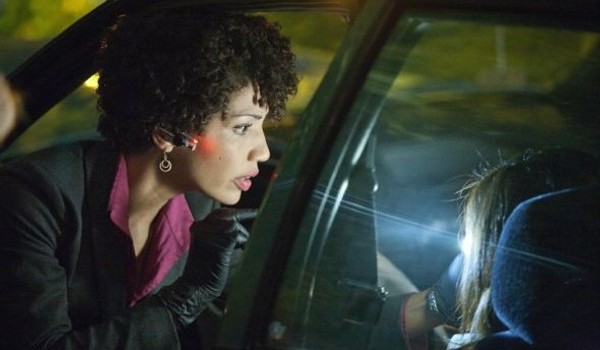 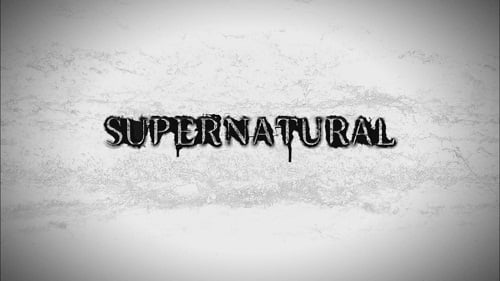