Lobster Johnson: Get the Lobster #1

The Golden Age of Comics is a difficult time to revisit. Writers hazard coming off as kitschy or hackneyed even if they bottle some of the spirit. Along the lines of Indiana Jones, The Lobster thrives on nostalgia, invigorating classic tropes. Lobster Johnson: Get the Lobster #1 captures the spirit of the thirties without feeling contrived or irrelevant. 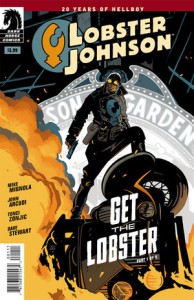 Mike Mignola’s Hellboy, which spawned the Lobster, has an ideal pallet for noir stories: dark shades and chunky inks render every page ominous. This story picks up with Harry, one of The Lobster’s team members, attending a professional wrestling match between the gigantic Russian Bear and diminutive Devil Dwarf, both of whom prove to be much more than entertainers. The plot thickens as the kingpin, Mr. Ward, and his henchman, a miniature Peter Lorre, conspire against intrepid reporter Cindy Tynan. Meanwhile, The Lobster battles the demonic wrestling duo, taking the first step to discovering what exactly he’s up against. 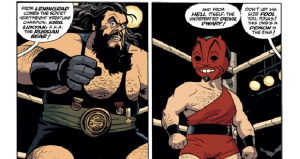 Everything about this book invokes the pulpy comics of the thirties in the best way. Tonci Zonjic’s art encapsulates the era through organic detail: the Swastika marked zeppelin, the old-time microphones, classic cars and especially the clothes. Dave Stewart’s colors paint de-nighted cities and vast sewers in perfect  urban darkness. Mike Mignola and John Arcudi let the art set the stage, wasting none of the plot or dialog establishing setting. With more skill than many of the comics they’re emulating, the writers continue a yarn knotted in familiar tropes that fits like new.

As a first issue, Get the Lobster could invest in a little catch up. Technically, this the 16th issue of Lobster Johnson, continuing the larger story, but beginning a fresh arc. New readers might be a little lost in terms of characters, but the script moves roller coaster quick. If relationships aren’t given titles and some characters remain unnamed, the plot and the dialog tell readers everything they need to know. Trusting the reader to catch up is a reinvigorating change. Recapping the story and characters’ relationships would make for easier reading, but the book’s a page turner.

Get the Lobster pays homage to the Golden Age while connecting to themes that have made Hell Boy and the B.P.R.D.’s world one of the most coherent in all of comics. By including a devil character, hinting at Nazis and revealing anachronistic science fiction, Get the Lobster fits like a fedora, in a time when men wore hats and Hitler scoured the globe for occult artifacts. 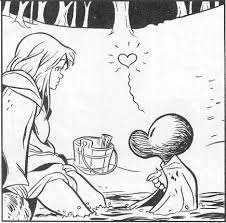 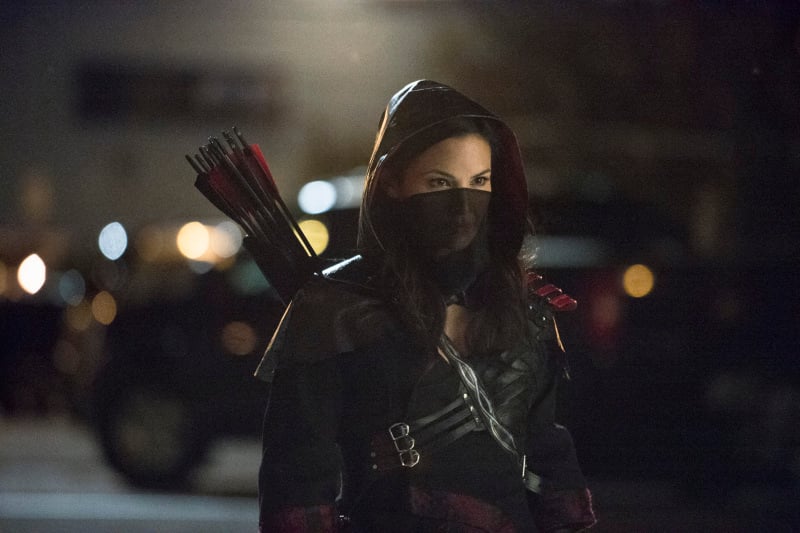