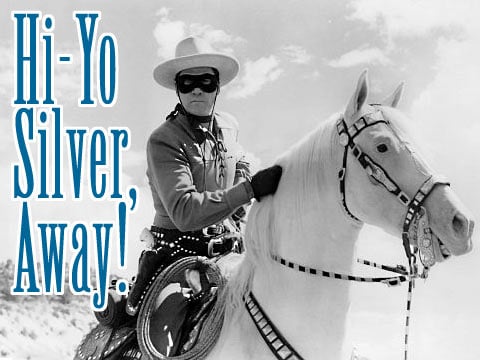 Indiewire.com reports confirmation that magical duo Gore Verbinski and Johnny Depp are to reteam in Disney’s remake of The Lone Ranger. If people recall, Johnny Depp and director Gore Verbinski first collaborated on the first 3 Pirates of the Caribbean films. While Depp is attached to star, it does not mean he will be taking on the title role though. Instead he will play the Native American sidekick to The Lone Ranger, Tanto.

For those unfamiliar to The Lone Ranger, the most popular incarnation ABC’s 5 season television run from 1949-1957, was about a masked Texas Ranger in the Old West who rode around with his horse Silver and native sidekick Tanto to right wrongs in the name of justice. Originally a radio serial, there have been subsequent attempts at continuing the franchise including an animated series, a 1981 box office flop, and 1961 and 2003 revivals that never went past the pilot stage. The current project took a long time to get off the ground with development dating back to Columbia Pictures in 2002.

As Johnny Depp has already signed on to Tim Burton’s Dark Shadows remake and promotional duties for Rango (an animated film) and Pirates of the Carribean: On Stranger Tides, both due out in the first half of 2011, will presumably keep him busy for the near future. Therefore, cameras are not expected to roll on The Lone Ranger possibly until late 2011. Jerry Bruckheimer, who’s production company is also behind the Pirates of the Carribean films, is on hand to produce this as well.