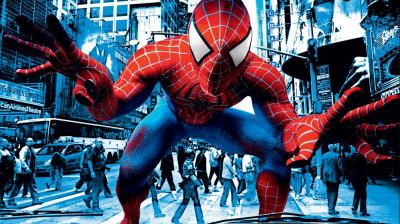 Julie Taymor’s Spider-Man musical, Spider-Man: Turn Off the Dark seems a bit too ambitious and despite the beautiful images released so far, fans of both musical broadways and the Spiderman franchise remain skeptical as to wether or not this will be a success. A TV commercial for the production has now gone online. The video showcases a few stunts and some wire work but doesn’t really live up to all the hype.

Hit the jump to check out the TV spot and I highly recommend reading this article about the musical which was posted by Alice a few weeks ago.

Spider-Man: Turn Off the Dark begins previews tomorrow and is set to open on January 11, 2011.