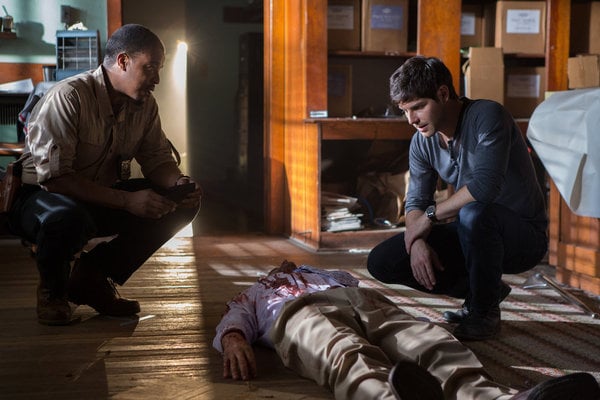 This week on Grimm, a Wesen plague hits Portland, Monroe woos Rosalee the old-fashioned way, Hank finds his footing in Grimm lore, and The Families are sending yet another assassin after Nick.

The Yellow Plague we’re introduced to this episode seems to manifest first in pigs and then move into Wesen.  First it raises the libido, then it presents like a mixture of the rumored “zombie virus” and hemorrhagic fever. It’s quite a nightmarish disease and the makeup and effects live up to the description.  However, the show minimizes the threat by spreading it to no more than four plague victims and making it easily curable- hardly an outbreak of a plague that can wipe out entire villages.  Most of the main plot simply resembles a watered-down version of a zombie movie (take your pick).  The concept of a Wesen plague is not a bad idea, but here many opportunities are missed.

Several scenes do redeem the episode, though.  The director does what he can with the material by adding suspenseful sequences and believable character moments.  The highlights of the night are, of course, the interactions between Monroe, the big good wolf, and Rosalee, who’s been a welcome addition to the cast.  Their relationship has been given time to develop and a picnic really does seem like something Monroe would do.  (Watch out for beet sausage.)  There’s no denying that they have chemistry; Rosalee is deeply interested in him and Monroe would do anything to save her. 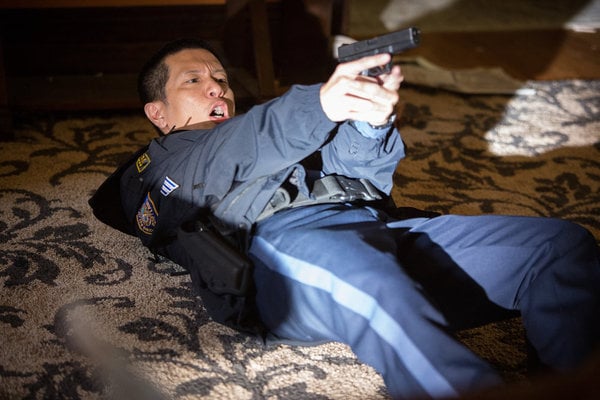 When the Parks and Rec porcupine (not Ron Swanson, sadly) sticks a proverbial quill in the romantic picnic, Rosalee is all over Monroe, which is unfortunately a plague symptom not just animal magnetism.  From there, the rest of the episode picks up the pace as Monroe hurries to mix up a cure.  It’s hard to believe Rosalee would be killed off the show right now, but she does have a brief confrontation with Nick.  At the end, the suspense works because the viewer actually cares about the parties involved.

Once again, the amnesia subplot is tacked onto the script.  Juliette’s exploits have always seemed extraneous to the story since she has had minimal contact with the Wesen.  Perhaps in her quest to learn more about Nick, she will find out about Grimms and Wesen on her own, integrating her more into the central story. On the police front, Nick is teaching Hank about the Grimm world and answering his questions.  It’s nice that this plot point is subtle and not drawn out too long.  One confusing point, however, is the extreme response toward the plague victims.  For instance, while Sargeant Wu is attacked by Mrs. Stanton, presumably Patient Zero, he empties his clip into her instead of stepping aside and merely subduing her.  Nick is able to do that just fine.

Lastly, Renard’s associates in Europe warn him that yet another assassin is coming for Nick’s key/map.  Is there really any doubt that this new guy will suffer the same fate?  We will see next time. 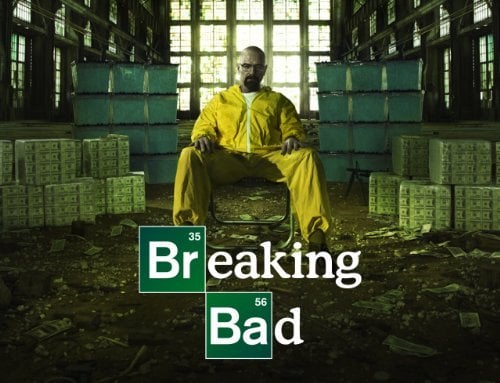