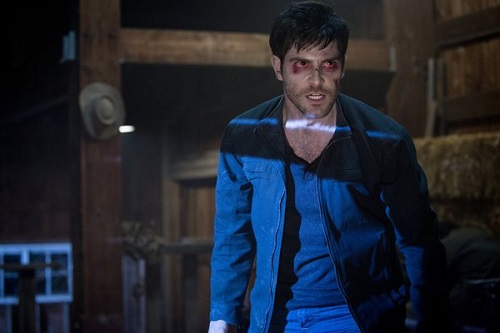 This week, on Grimm: Nick has one hell of a hangover, Capt. Renard makes a call, and Adalind plays with flowers

Grimm came out of the gate strong this season with its premiere and this week’s part two finishes off the Cracher-Mortel arc nicely. We open with a strong setpiece in the barn, simple, yet effective, and then quickly move on to the aftermath. “PTZD” makes several smart decisions, and the main one is having Juliette, Monroe, and Rosalee come clean almost immediately to Nick about what’s happened. Other series seem to live for the opportunity to have looming secrets between their cast of characters, regardless of their relationships, history, or the feasibility of keeping events under wraps. Here, they trust and respect Nick enough to tell him what happened and this side-stepping of potential melodrama is a refreshing choice.

This decision is somewhat undermined, however, when they try to keep the bar fighter’s death from Nick. It’s an understandable but foolish choice. Nick’s a cop who will be working alongside two colleagues investigating this death. Of course he’s going to find out. That being said, at least the reveal happens in this same episode. It was only a matter of time until a human died due to Nick’s Grimm activities; seeing where they go with this almost necessary plotline should be interesting. Many genre series have done the Accidental Killing of an Innocent arc- hopefully Grimm has a new take.

The Royals drama is back this week, with Capt. Renard making the call to kill his Eurotrash brother. Silly Renard- doesn’t he know the first rule of Facebook/Twitter/the internet? If there aren’t any pictures, it didn’t happen. His easy acceptance of his brother’s death (without seeing the body) is so supremely foolish it almost feels like an intentional double bluff. We’ll see where this arc takes us (it’s notable that we finally hear from Renard’s mother this week. Are we soon to meet more of his family?), but so far, the Royal Families have been some of the show’s weakest villains/plot devices. It’d be nice to have a better sense of who they are and what they want, or to just drop them altogether.

Elsewhere, Adalind continues her ritual to appropriately gruesome effect. The bubbling ooze from Frau Pech’s chest cavity may culminate in a rather silly skull and crossbones over the baby, but the goo itself is decidedly creepy. Adalind’s journey to not-motherhood has been an entertaining, rather comedic diversion from the Portland happenings. We’ll see how long this lasts or if she’s headed back Nick’s way soon. Surely there’s no one she’d rather test out her renewed abilities on than him (well, maybe Hank, for old time’s sake). With the events of the finale finally sorted, season three can start in earnest this week. Hopefully we’re in for some fun new villains and perhaps even a happy moment or two for Nick and Juliette, who went almost immediately from Juliette not having her memory to Nick being a zombie. Either way, Team Grimm looks strong- here’s to a whole season of the same.

What did you think about this episode? Are you glad the zombie arc’s seemingly over? How will this death affect Nick? Who’s headed to town first- Adalind or Monroe’s family? Post your thoughts below! 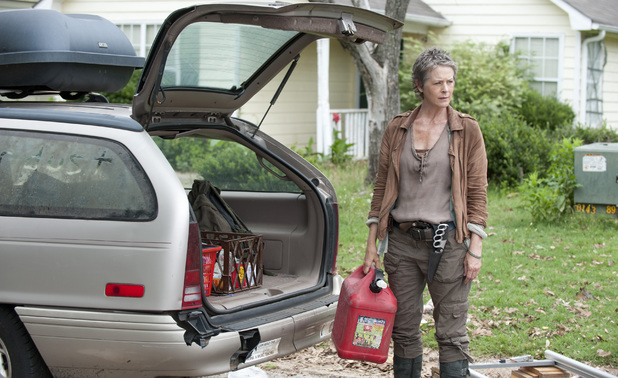 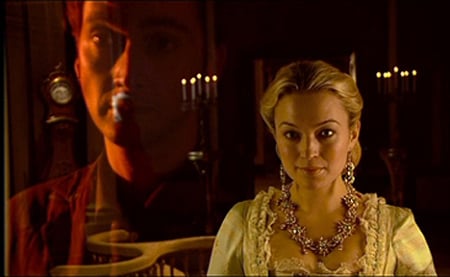