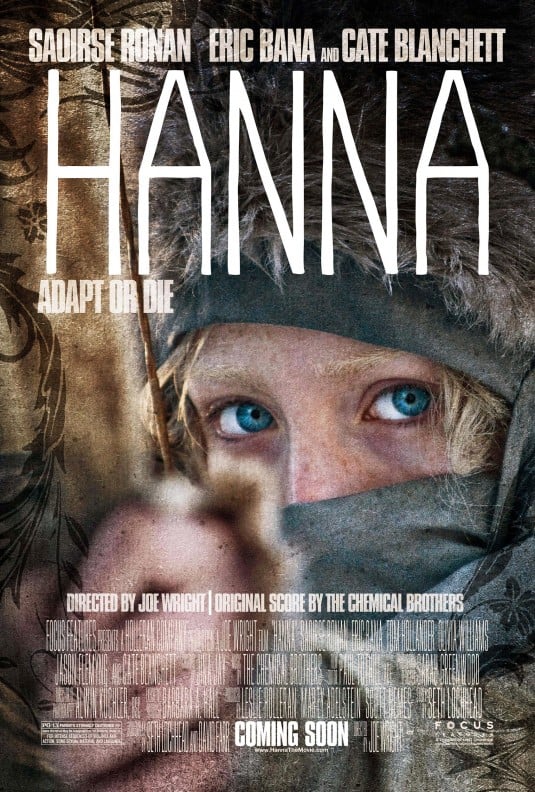 In promoting Hanna, his new thriller/fairy-tale starring a barely pubescent female killer, director Joe Wright has taken a stance against Zach Snyder’s Sucker Punch, deriding it (as most critics have) as appropriating the language of female empowerment in order to sell a movie that plainly acts as young male wish fulfillment. Wright deserves acclaim for sidestepping that particular pitfall, but Hanna makes for a frustrating watch for altogether different reasons.

The allegorically loaded opening evokes Miyazaki’s Princess Mononoke in its gilded brutality. The seemingly superhuman Hanna (Saiorse Ronan) stalks animal prey in the Finnish wilderness, looked over by her vigilant father Erik (Eric Bana). Entrails are spread while Hanna makes snow angels, and the ice floes circle gently. Erik trains Hanna day in and day out for a future conflict she doesn’t fully comprehend – she only knows that when the wider world comes calling, a malevolent woman by the name of Marissa Wiegler (Cate Blanchett) will try to capture her. Yearning for the outside world, Hanna makes the choice to begin her journey into civilization, still unacquainted with the nature of her existence. 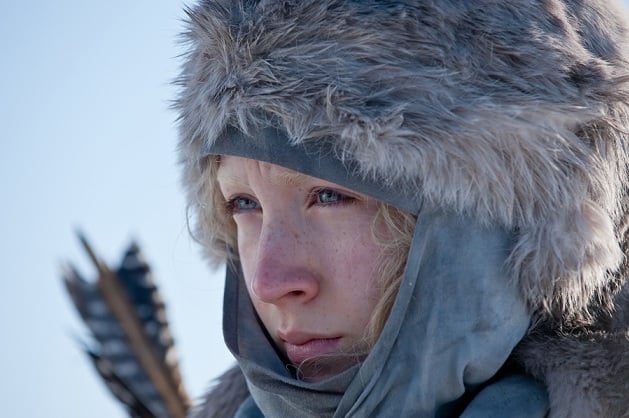 Once the film exits the snowbound realm, problems start to crop up. Blanchett’s villain is both weakly written and badly miscast – the mock Southern accent and distracting wig might have worked in a campier film, but if the intent was to conjure the bitchy menace of classic Disney villains (given the film’s ceaseless fairy-tale imagery), Blanchett falls well short of the mark. (It doesn’t help that the performance also feels like a third-rate Tilda Swinton impression.) Wiegler even has an honest-to-goodness henchman, a sinister-but-effete Aryan assassin (In the Loop‘s Tom Hollander), though again the affected nature of the villainy serves little purpose other than underlining the narrative’s fairy-tale quirkiness. It’s hard to connect fully with a thriller narrative when the antagonists are so clearly outmatched and outsmarted – especially by a kid.

If the villainy on hand is less than inspiring, 16-year-old Ronan again proves she’s a naturally compelling screen 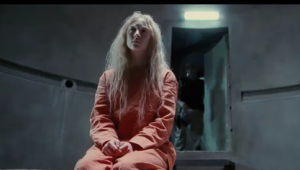 presence, though her work here is not nearly the Herculean task escaping from The Lovely Bones with her dignity intact was. Hanna herself is by far the most brilliant special effect the film has to offer – agile, brutal, and curious in equal measure. Wright treads carefully when probing Hanna’s nascent sexuality – a tentative romantic moment with a Spanish boy ends comically, but Hanna’s friendship with a spoiled young Brit (Jessica Barden) is genuinely tender, and points to a thoughtfully rendered queer subtext, particularly when they gaze together upon the DNA chart that points to Hanna’s as-yet unexplained “abnormality.” Bana fares less well – his scenes with Hanna in the wilderness are appropriately both warm and tentative, but he’s far too lumbering a physical presence to make for a convincing superspy. 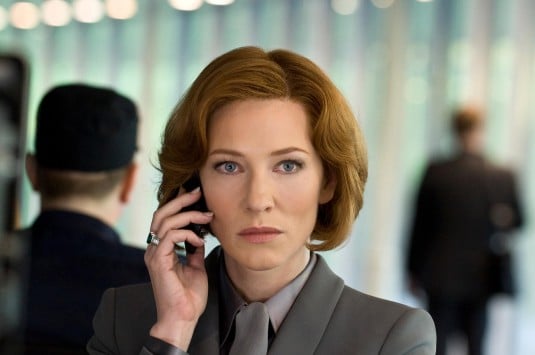 The biggest wildcard at work here is Wright himself, who has a history of directorial showboating (IE the storied long take from Atonement). His use of camera movement to dynamize the action works wonders in a dazzling early compound-escape sequence, but beyond that showstopper, there’s little worth remarking upon outside the consistently gorgeous work of DP Alwin Kuchler, who makes ample use of the contrasting landscapes. In fact, much of the film’s forward momentum can be credited to the Chemical Brothers, whose driving, catchy score keeps things moving even when Blanchett’s machinations fail to elicit much spark.

Given Hanna‘s status as a globe-trotting teenage spy thriller with hints of gay lib and a heap of childhood-fable allusions, it’s inevitable that Wright’s film is, at least, a somewhat layered alternative to its largely braindead action peers. But it’s difficult to shake the feeling that a much more fully-realized film is hidden inside, and that it probably doesn’t conclude with its unfortunate villain literally emerging from the mouth of a giant carnival-ride wolf’s head – Hanna‘s last (but hardly its only) concession to the obvious.