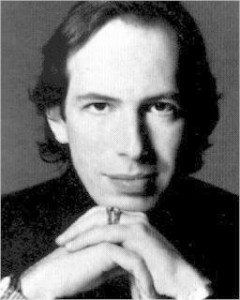 Five days ago it was reported that legendary composer Hans Zimmer (Inception) would be scoring Zack Snyder’s Superman reboot. Although we try our best to sway away from posting rumors, the story seemed legit. Thompson on Hollywood reported that the composer confirmed that he’ll be taking on the new Superman movie’s musical responsibilities without using the Academy Award winning iconic Superman theme by John Williams. It seemed too good to be true considering Zimmer will be busy composing future scores for Pirates of the Caribbean: On Stranger Tides, Sherlock Holmes 2 and Kung Fu Panda 2, and well I guess it was.

The Hollywood Reporter spoke to Zimmer about the rumor who denied the whole thing. Zimmer confirmed that not only would he not be scoring Superman, but also that he has never met Zack Snyder, nor would he ever want to replace or alter John Williams’ theme song to the original Superman movie.

Zimmer told the Hollywood Reporter, “You know, it’s like some dirty quote taken out of context. Let’s just be absolutely straight here: I have never in my life met Zack Snyder. I think I need to give him a ring. But here’s the thing: No Ronni [Chasen]. Suddenly all sorts of stuff starts flowing around with no warning”.

He went on to say, “How can I say it: My heart belongs to Batman. I wouldn’t even know how to go and give voice to it. I haven’t thought about it. John Williams [is] the greatest living composer — full stop. And that happens to be one of his greatest themes. So no. And I’m not thinking of rewriting Beethoven’s ninth either. It just sounds like a thankless task, you know? So that’s unequivocally a no. I have never spoken with Zack Snyder”.

After thinking about it, this is actually good news. I don’t see Zimmer’s style matching the direction of Zach Snyder and to be honest I would rather have the composer focused on The Dark Knight Rises. It still leaves us to wonder who will score the upcoming “Man Of Steel” film and more importantly if Snyder will actually opt to not use the original theme.