Before I explain why Heavy Rain’s PS4 remaster is a blatant attempt to rake in some cash under the pretense of archaic and borderline unethical PR sleight-of-hand, let me first admit that I love Heavy Rain. I think it holds up to this day, not just visually, but also mechanically. Even despite the plethora of negative talking points the game incited, from memes of “Jason!” and the fantastic “Shaun!” glitch to serious questions about “cinematic” game design, Heavy Rain has retained its status as one of the most original games of the previous console generation. And that’s why this hatchet job is all the more infuriating.

Let’s remember that this came on the heels of another Quantic Dream revamp: Beyond Two Souls’ PS4 “remaster.” Despite Cage & Co. only being able to manage around a 5fps increase in two years (to 30fps which, frankly, it should have already achieved), they were largely given a pass. Some reviewers argued that the addition of a 1080p upgrade was enough to justify the remaster – although, as DigitalFoundry points out, this isn’t actually even “true native 1080p” – reaching the inevitable, exhausting conclusion that frame rate is secondary due to the “cinematic” nature of the game. I suppose that if the upgrade is indeed an actual upgrade, regardless of how minimal that might be, it justifies its price tag to some people, but not to me.

Sadly, Heavy Rain’s PS4 remaster can’t even meet these very basic standards; Quantic Dream somehow managed to make elements of the game worse. While attempting to enhance and increase shadows and shadow map quality, they inadvertently made the whole game noticeably darker. Even more appalling, the PS4 version struggles to render crowds as well as the PS3 version. Smaller, disjointed crowds make moments that were tense six years ago seem (more) farcical now, to the point that it affects suspension of disbelief. That’s right: the visual downgrade to certain elements of the game is so intense that it affects the story. This is all without mentioning that the remaster is littered with bugs, the most basic benchmark of quality control, some of them game-breaking and all of them immersion-breaking.

While Quantic Dream utterly failed in many respects, I’d be remiss not to give credit where it’s due. The game’s textures have been completely reworked, especially on the main characters, making for some models that absolutely speak to the quality the studio can achieve if given the right focus and resources. Quantic Dream has always put significant time and manpower into creating visually realistic protagonists, and if nothing else they certainly succeed in that goal. Scott Shelby’s new look is a particularly good example of the quality that should be standard for developers attempting remasters. The reduced screen tearing and overall fidelity increase are also immediately noticeable, making for a visual experience that is worthy of the “cinematic” quality they hope to attain. 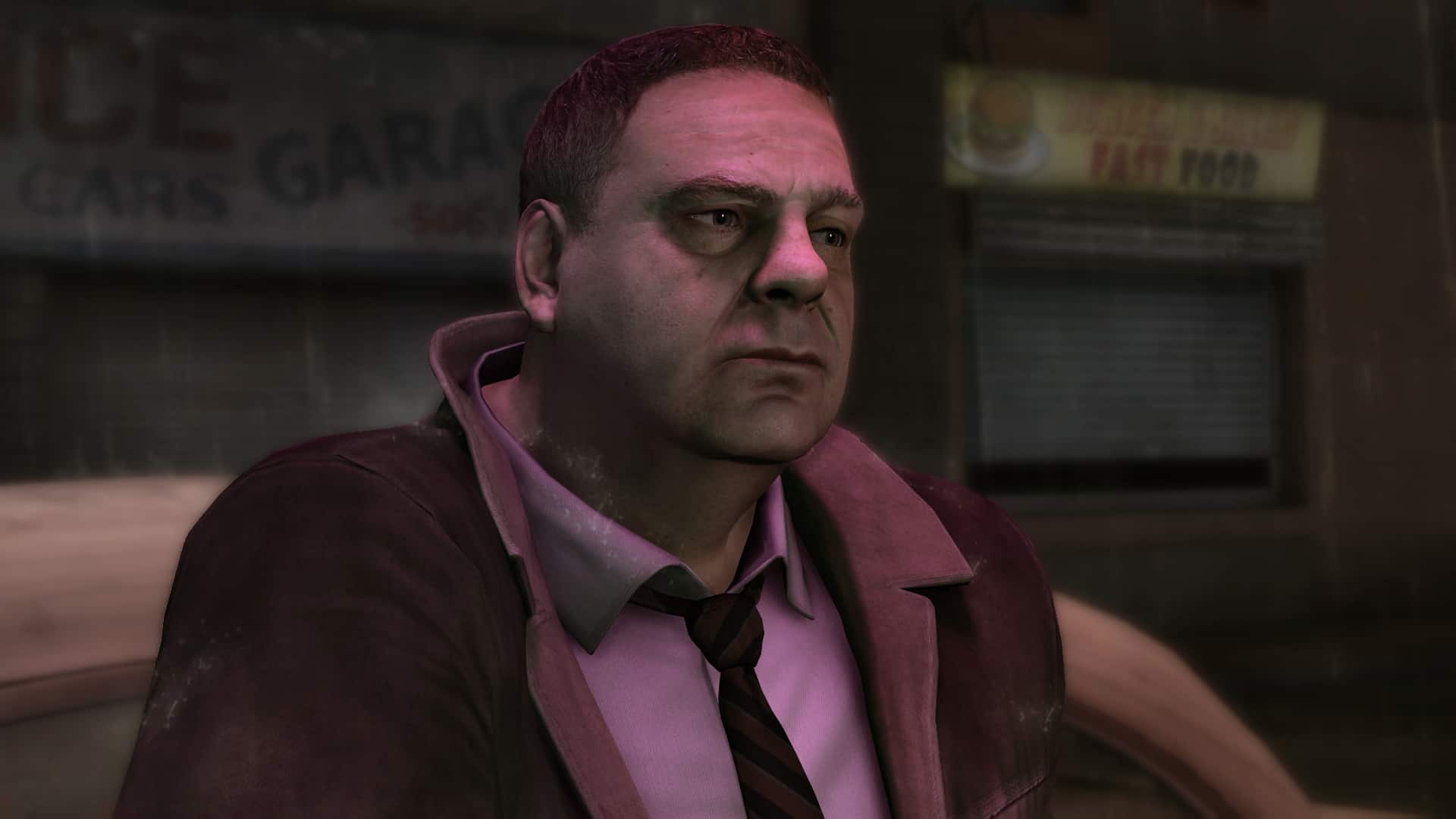 There is one thing that discredits this entirely, however, and proves the cynicism that has been staring us in the face all along. The game’s cutscenes, which would have already looked out-of-place were they the same quality in an otherwise-remastered final product, suffer from screen tearing and visual quirks not present in the original game. In no way can they be considered superior, and I would go so far as to say that this is the fourth inclusion in the “downgrade” category. This is where the problem of “cinematics” comes into play; how can a game’s “cinematic” quality be used to justify a lower framerate, when the studio cares so little for the actual cinematics of the game that they end up worse six years later on a superior console? As you might have guessed, after all this time Heavy Rain still runs at 30fps. Frame drops are, like most problems, persistent in this version.

Those familiar with David Cage are probably not surprised by any of this, as he has frequently compared his work to films and the all-justifying 24fps used in them. The trend of comparing video game performance to film specs is a trite one that is less an argument than a debunked myth; lower frame rates do not in any way change the aesthetic of a game. In fact, the only objective quality we can say regarding a lower frame rate is that it makes games less responsive. 30fps on a PS4 port of a game from 6 years ago is simply unacceptable, but at least lower frame rates are usually accompanied by an emphasis on visuals. The best we can say about Heavy Rain’s remaster is that it makes some things better and other things worse. Where did the time and effort go then? This is cynical to a degree that insults me as a Heavy Rain fan. Remasters should be unequivocally superior to their previous incarnations, not middlingly comparable and certainly not arguably worse. 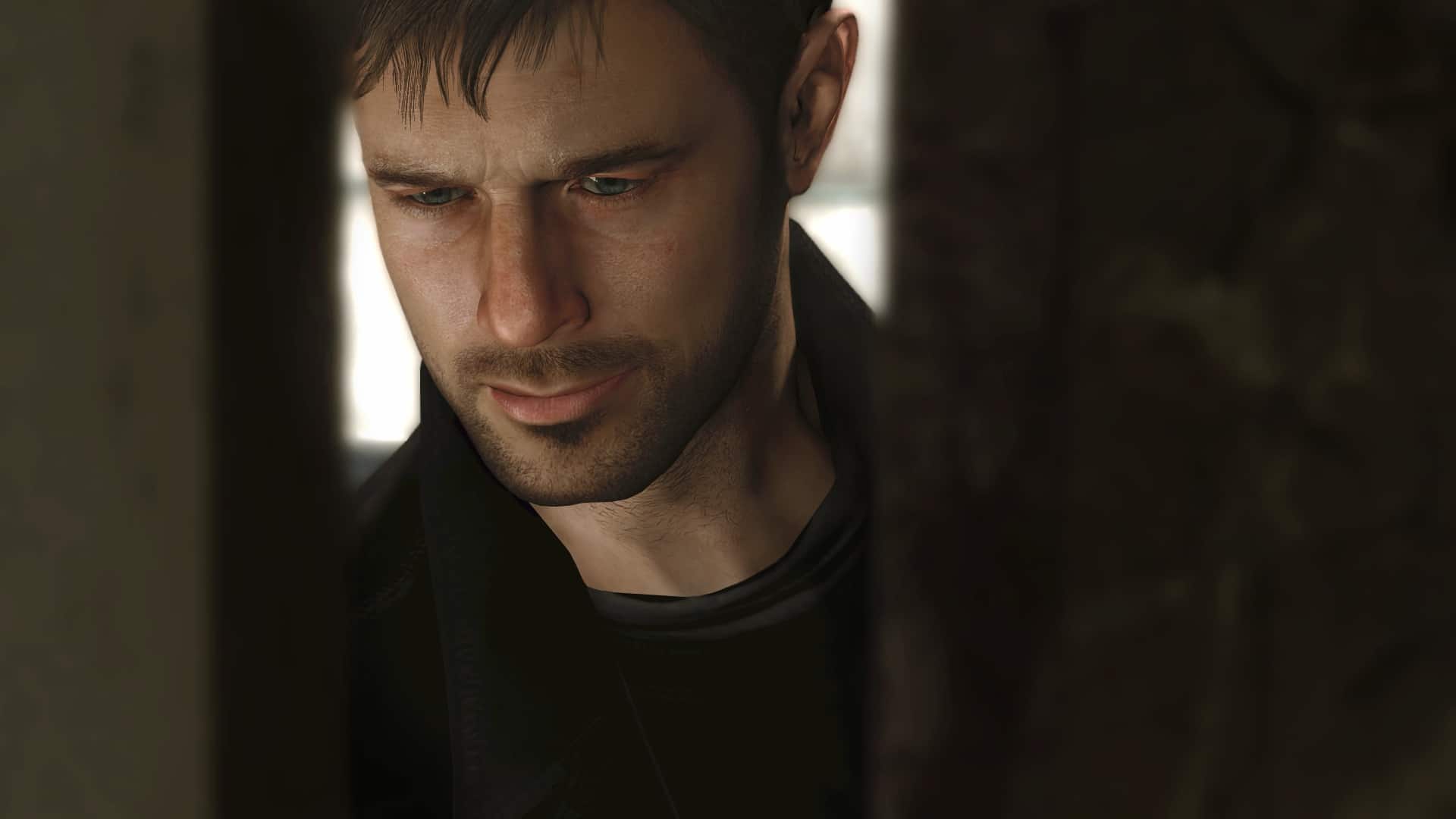 As much as it’s easy to point the blame at Quantic Dream, considering how early they played their cards after their other so-called “remaster,” it’s equally the fault of two other groups of which I am a part: gaming journalists and consumers. Gaming journalists still temper their arguments with the notion that a “cinematic” game should get a pass from criticism because it’s “cinematic.” If there is one good thing about this remaster, it’s that it is yet another damning piece of evidence that developers and publishers use this term predominantly to justify a lack of capability, be it creative, financial, or (let’s face it) hardware. At the moment, despite a GamesRadar reader poll showing a sizable section of the audience prefers the PS3 version, we still get reviews saying that “30fps suits Heavy Rain because…it’s a cinematic experience” and citing “great use of QTEs” as a reason to buy the remaster. If that doesn’t speak for itself, I don’t know what does.

Of course, consumers who purchase this are just as much to fault. This is hardly the first remaster to fall short of its title, though possibly the most blatantly cynical, and it’s only getting worse. Disasters like The Order: 1886 have shown that even for AAA releases, disregard for quality control can and will be justified under the guise of a “cinematic” experience. It’s not unreasonable to think that both this and the disturbing trend of shoddy, hackneyed remasters are directly correlated with the amount of revenue publishers feel they can garner from them. Put simply, if we allow companies to justify lower quality with terms that serve more as PR fodder than actual reasoning, they will lower the bar indefinitely. Heavy Rain happens to be at the unfortunate epicenter of both trends, and so I think it’s a great place for consumers and critics alike to make a statement: we can do better.