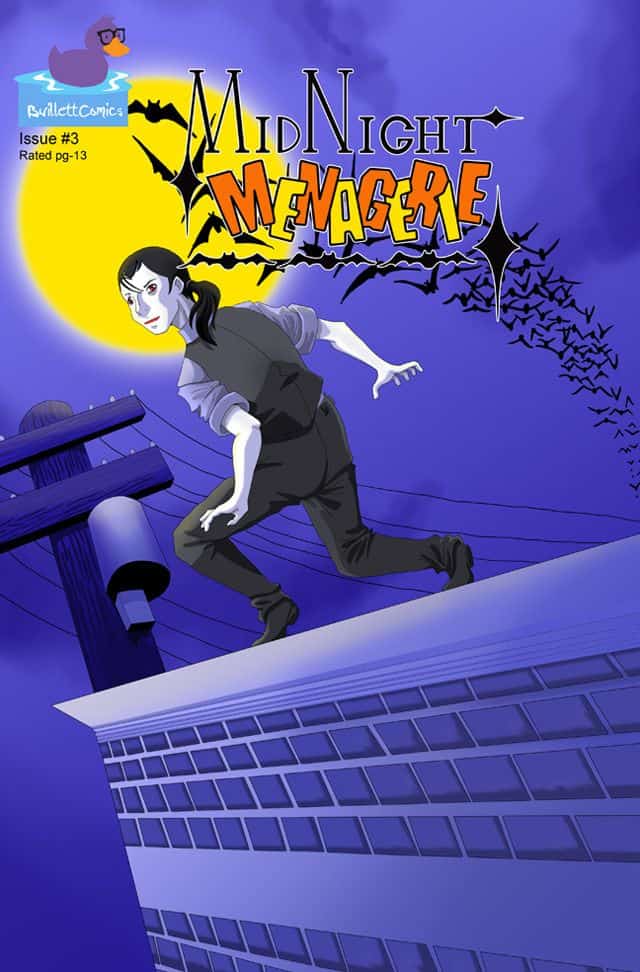 At long last, we come to the writing portion. Still with me? Not bored by my great wall o’ words? Good!

As I said before, Midnight Menagrie is a horror comic for a teenage audience. I mean, hint-hint at the PG-13 rating. The comic starts off by introducing Shawn, the main protagonist. He’s the son of one of Hollywood’s richest producers and is struggling to be his own person and not rely on his father’s wealth like so many other Hollywood kids. Yeah, yeah. I know. First world problems. But the struggle for individuality is a struggle that many young people face, no matter social statues, and makes Shawn identifiable.

As a character, Shawn’s most defining characteristic is his lawful good nature. He is polite, caring, and easy to get along with. It makes him likeable, but it is also his biggest flaw. He is way too kind and shows very little emotion when faced with difficult situations. Even after he learns that Romero is a vampire, a moment where Romero also tries to make out with him, Shawn just brushes it off. I’m sorry, but I think even Dudley Do-Right would freak out if a blood-sucking monster went French on him. Shawn is just too good of a person without any identifiable flaws. At best, he’s like Mad Max in that he is a narrative vehicle to guide readers to characters and events more interesting than him. But even Max blew a few heads off to keep himself from being cardboard.

Come on! Have Shawn get drunk and punch a few faces. Get jealous of someone. Kill a bitch-ass 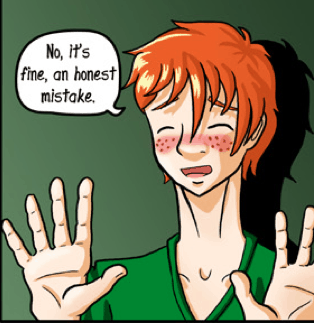 ghoul. Anything beats him being the dumb-innocent type.

Fortunately, the other characters are far more interesting. Romero, despite being a vampire, seems to be a rather good chap. He only sucks the blood of criminals, never harms innocent people, and is infinitely nice to Shawn. He does try to make out with him, but when Shawn tells him he is not gay, he backs off and apologizes. So far, he’s the Tom Hiddleston of vampires. But, then comes along Rob the Werewolf to warn Shawn that Romero is actually a backstabbing prick.

Romero denies it and comes up with a likely story to make him look like a helpless victim, but the reader doesn’t know if he’s telling the truth or not. He could very well be the creep Rob claims to be and Romero’s just very good at lying. If that’s the truth, Romero could very well be a sociopath. I mean, he did try making out with an 18-year-old Shawn without his consent. That’s creepo-level 11. It’s still early in the series, so we’ll see what skeletons Romero has in his closet, or should I say coffin? 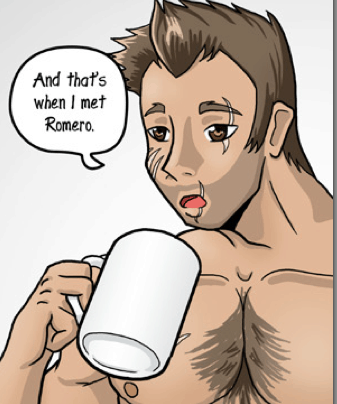 Rob the Werewolf is quite interesting himself. Unlike Romero who keeps a lot of his past to himself, Rob tells Shawn his entire life story. You find out that there is a tragic antihero behind the muscles and hair. It honestly makes it seem as though Rob is right about Romero, yet Romero still watches out for him and helps him during his transformations. Obviously, their relationship is complicated, and maybe Rob is too blinded by his hurt feelings to see the truth. Again, something readers will have to find out in latter issues.

Conflict isn’t just between the monsters. Shawn’s family seems to be having trouble, too. Dad is never around, just Shawn, his sister, and mom inside a mansion that could house a village. His sister is a party girl, something Mom doesn’t approve of and they constantly fight over. Mom also is on Shawn’s case, trying to pester him into being more social and doing more with his life. She means well for both her children, but that just drives a bigger wedge between them.

“But, Cleve,” you say. “Human drama is BORING! I want scares and bloodshed.” Well, fine, you uncultured swine. We’ll get to that. While the comic isn’t horrifying like having your nails pulled out, there is some pretty spooky storytelling. It’s the iconic genre staples of dark allies and gnashing teeth, but you should enjoy it if you’re a horror fan. Now, if you want buckets o’ blood, there is only a little bit. Sorry, gorehounds. If you want your gorno, head over to Avatar. Midnight Menagerie keeps it tasteful for the teenies. 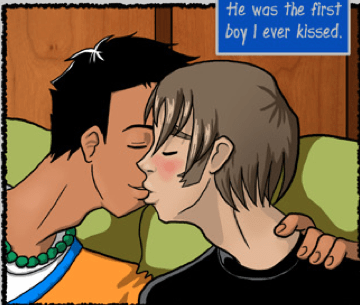 Another element of the story I enjoyed is the queerness. Yes, there are indeed queer characters in this comic. “But, Cleve! It’s for teenagers!” Yeah, so? Look, if you’re okay with your kids watching blood and gore, then them seeing two dudes kissing ain’t gonna scar their minds. In fact, Bwillett explores the sexuality spectrum fully. So far, there are only gay males, but Bwillett has told me there are plans to explore heterosexuality, bisexuality, pansexuality, transwomen, transmen, non-binaries, gender fulid, asexual, the whole fruitcake. And no, insecure douches, there is no nudity or sex. This explores the romantic side of sexuality. Kissing, hugging, caressing. It’s very tasteful and should speak to LGBT people out there looking for positive representations of themselves.

The story is only a few issues in and there is potential to expand upon all the story elements. I’m pretty excited to see where things are heading. New monsters would be awesome as well. Zombies, mummies, goblins, witches, the whole she-bang. Hell, this is Hollywood. The citizens are their own breed of psycho monstrosities.

In conclusion, while Midnight Menagerie has a lot to improve upon, it’s a fun YA comic. If you enjoy horror and LGBT characters, I suggest you pick this one up. Bwillett will thank you for the money. Duck’s gotta pay for their bread addiction somehow.

That’s all for now, scumbags. Next week, we’ll be taking a look at Pamela Kotila’s Spidersilk, a fantasy webcomic about mercenaries.

Check out Midnight Menagerie on Comixology.