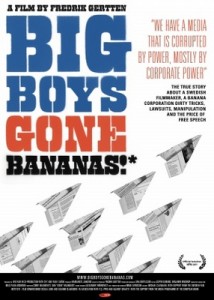 Not so long ago in a country not so far, far away…

A Swedish journalist publishes a fiery polemic against a large, multi-national corporation. In response, said corporation successfully alleges fraud, effectively burying his work and blacklisting him from various media and journalistic syndications. To try and clear his name, the journalist embarks on a crusade against his own crusade, hoping to regain his own credibility, while trying to discredit the claims of his accusers.

You’ve heard of this story before. But this is not Stieg Larsson’s The Girl with the Dragon Tattoo. This is Fredrik Gertten’s Big Boys Gone Bananas!.

In 2009, Gertten, a Swedish filmmaker, made a documentary called Bananas!. The film, which has nothing to do with Woody Allen’s 1971 comedy of the same name, was about the Dole Food Company’s use of dangerous pesticides in Nicaragua, which allegedly led to cases of sterility amongst their workers.

Set to screen at the Los Angeles Film Festival, the filmmakers, and the festival organizers, received an avalanche of complaints from Dole, including accusations of libel, fraud, and defamation. Big Boys Gone Bananas! chronicles this affair, while also showing the eventual perseverance of both Gertten and his film.

As a documentation of his experiences, Gertten lends credibility to this film by citing his sources, so to speak. He takes great pains to do so because along with being a diary of his trials and tribulations, the film also functions as Journalism 101; a form of diatribe against the spurious reporting of various news agencies during his legal battle with Dole.

When Gertten argues the forceful and threatening nature of Dole’s inquisition, he provides harshly worded emails, as well as cease and desist letters, as proof. When demonstrating the media’s capitulation to corporate interests, he provides concrete examples where that’s true.

In one scene, a woman from the LA Film Festival is forced to read a legal disclaimer that insinuates the fraudulent nature of the documentary. She does this before the actual film’s screening, at the festival, in front of Gertten himself. (Torontonians, in particular, will be sorry to see an embarrassing cameo by BNN’s Michael Kane)

All these instances point to the acquiescent prerogative of the news media, especially when it comes to big money. The idea of a corporate slant in mainstream journalism, at least in North America, is an idea that is accentuated throughout the film, because for Gertten, this is the idea that has stifled his freedom of speech and the distribution of his previous picture.

Rather than being a one sided attack on Dole, Big Boys Gone Bananas! can be seen as Gertten’s attempt to, not only defend himself, but to put forth his own arguments. This creates a more balanced debate, which, for Gertten, was once tilted towards the benefit of Dole. 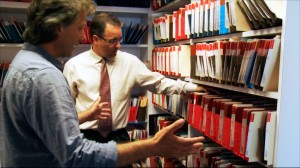 However, there is one major caveat in the film. Although it successfully critiques the devious nature of Dole’s attacks, the film does not shed light on, or defend against, their allegations.  Whether it was continuing corporate pressure, or whether it was a lack of foresight, the film doesn’t tackle their accuser’s accusation. Instead, it recommends that you see the previous film for vindication.

Although the film eventually touches upon these allegations near the end of the film, its feels a bit arbitrary. In order for the film to be taken seriously, we must first be convinced of the validity of their claims; which is to say, we must be convinced that they were wrongly accused of fraud. 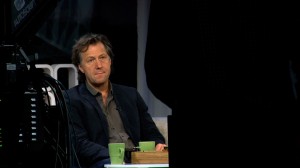 But because the film does not address this until the closing few minutes, there is a hanging air of skepticism floating around its duration. The documentary itself can sometimes feel like a straw man argument, as well as an ad hominem attack.

However, it’s important to note that the film does eventually bring up this discrepancy, but it still doesn’t stop Big Boys Gone Bananas! from feeling like an incomplete picture of the whole situation. But for a legal battle that’s still ongoing, this feeling is surely justified.