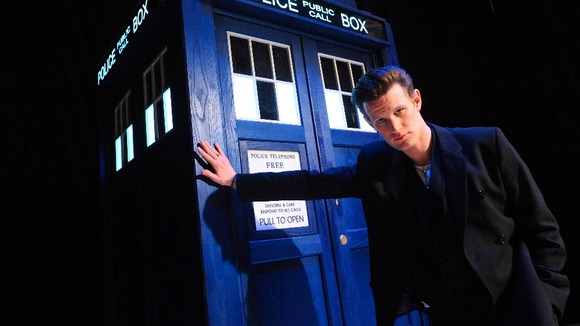 As long-time fans of Sound on Sight may know, many of us here are more than a little fond of Doctor Who. Not only does the Incomparable Kate Kulzick write a column covering the current series but for almost two years now we have been hosting our very own Doctor Who podcast dedicated to reviewing the good, the bad and the just plain weird of both New and Classic Who. In other words, our beloved website has slowly and rather deliberately been transformed into a virtual hive of Who, which is only fitting for such a venerable television institution that will turn fifty later this year.

It wasn’t always easy being a Whovian, especially growing up in Montreal, which is hardly a bastion of British broadcasting.  For years I was the only Who fan I knew; I’m not saying that watching the show was illegal, but chances were pretty good you’d get beat up in high school for liking it. After the Classic series was cancelled in 1989, the show became a guilty pleasure I would only occasionally indulge in as I attempted to  relive fond memories of suspense, humour, and wobbly space invaders.

With the return of Doctor Who in 2005, a funny thing happened to my childhood hero: he has claimed his rightful place as a bona-fide global phenomenon with a whole new generation of loyal and enthusiastic fans. As older fans like myself scratch our heads over the sheer improbability of that last sentence (as well as our disbelief  that our hero wears bow ties, which aren’t cool and never will be) and with the return of Series Seven in less than a week, I’d like to reflect on some of the aspects of Doctor Who I believe have allowed it to stand the test of, ahem, time. 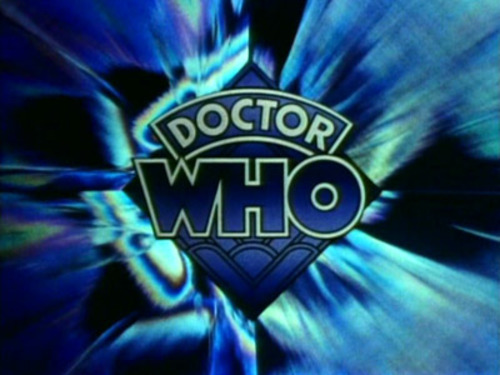 Quick, what’s your favorite episode of Mission Impossible? No? Well then, try to get that da-da-da-damned song outa your head. That’s the power of a really great television theme, it’s not just a calling card, it’s a passport that sets the tone and rhythm of a whole universe before you even see a single second of the show. For the most part, younger audiences know next to nothing about Bonanza, Peter Gunn, or the original Hawaii 5-0, yet their themes have left an indelible mark on pop culture, but they still evoke a sense of familiarity even though the shows themselves left the airwaves long ago.

An example of early electronic music, the Doctor Who theme was created in1963 by Ron Grainer and Delia Derbyshire, the theme reflects many of the show’s best qualities. Both are unearthly, distinctive, and endlessly adaptable. I simply could not imagine the show without the opening any more than I could imagine the Doctor without his TARDIS: that shrill metallic whine making our collective hearts stop a beat and then race ahead as we anticipate a brand new adventure.

That ought to get Mission Impossible out of your head.

Next Stop: Everywhere, Any When

With Infinity as a playpen Doctor Who will always be a better window than a mirror.  The true magic of the show is that other than that Geezer in the Blue Box, anything and everything can, and inevitably does, go. Usually when a show breaks with a successful formula it is the kiss of death, but with Doctor Who, experimentation and change seem to be the only constants. From period pieces to alien invasions, from grand romances to time wars, this is a show that learned long ago to try things that no other show would ever be able to get away with, being able to jump gracefully between radically different  genres and tones – sometimes even between pledge breaks. Sorry, commercials.

This capacity for change and renewal is entirely unique to television and one of the main reasons the show has endured these many decades. When literally anything is possible, the sky stops being the limit rather quickly. Doctor Who stopped being about one person, or a group of people, which let it be both timeless and of its time. Renewal is therefore an integral part of its DNA, helping it to attract new fans, often young, gob-smacked eccentrics who dream of writing for Doctor Who and add their own voice to this strange and wonderful chorus.

There is, of course at least one thing that remains constant, however….

The Main Man: Nice Chap, All of Them 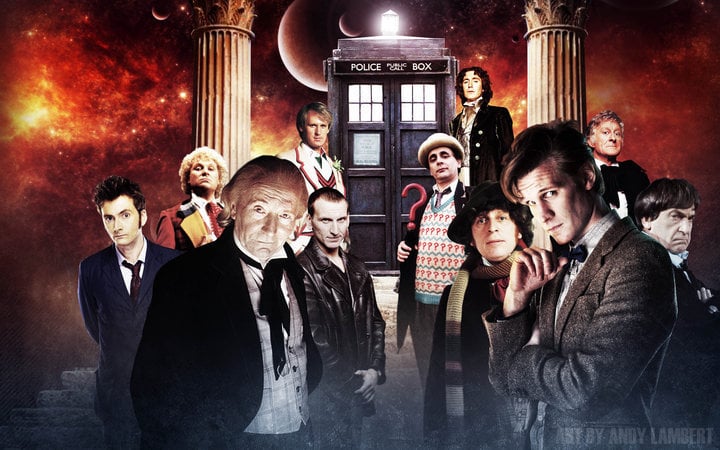 The one constant in all this is a certain mysterious renegade Timelord, a Geezer whose real name we still don’t know, who long ago set out to explore the wonders of Time and Space. More than anything else,  it is this character who has kept us fascinated all these years through nearly a dozen different actor’s interpretations.

Despite his many flaws, he is and will always be a true hero. Part adventurer, part champion, part tourist, The Doctor is curious in every sense of the word, and seeks to right wrongs and have fun with his mates.  His compassion and eccentricity contrast rather sharply with a great deal of his enemies, a coterie of bullies, bigots and supremacists, all with a comprehensive array of dogmatic manias. On top of it all, and unlike most Science Fiction heroes, there is not a really a lot of whizz bang about him. Hardly ever using a weapon, he’s just very, very clever, typically out-thinking and in some cases out-bluffing his opponents.  As an awkward youth growing up in a Rambo culture where conflict was resolved by (as well as usually started with) mindless violence, I immediately looked up to The Doctor, who reassured me that there was room enough in the multiverse for eccentricity, curiosity, and intelligence. 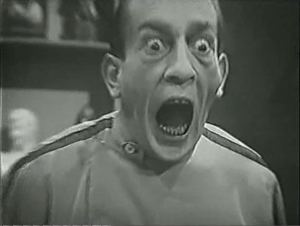 More than a mere fandom, Whovians are survivors of a unique form of childhood trauma. With a repertoire of blood-thirsty alien invaders, unstoppable robots, giant spiders and creepy, creepy British children, Doctor Who has kept countless people awake at nights wondering whether or not that statue really did move just then.  Hard to believe this all started out as a children’s show, but after Doctor Who switched focus early on from straight up  Science Fiction it never looked back.  Personally I believe that a childhood without terror is no preparation for adulthood, or at the very least, high school. However, no other program became so synonymous with frightened kids that it could actually coin a household phrase like “watching the show from behind the sofa”.  And it is this irresistible need to keep watching something that’s scaring us out of our wits that gives Whovians an instant connection to each other unlike any other. And just for the record, I never hid behind the sofa, even when Tom Baker turned into a giant Cactus man. My family had a Chesterfield.

And speaking of connections, my favorite thing about Doctor Who….

“Intellect and Romance over Brute Force and Cynicism…..”

Certain fandoms seem to be made up almost entirely of rival priesthoods  waging holy war against each other.  This gives certain fans an Ike & Tina Syndrome where they feel treated like Tina Turner while simultaneously acting like Ike. Whovians, on the other hand, tend to be rather, well, nice.  I believe it’s just too difficult to be militant about a show with cellophane monsters, and maybe its charming flaws have conditioned us over the years to be more accepting of each other’ s rougher edges.  The show’s various permutations over it’s nearly five decades means that there is no “right way” to enjoy Who, and that it’s about more than just the period that we were introduced to it.  Doctor Who has always transcended its time, allowing new generations to renew and reinterpret it, making Whovians a wonderful kaleidoscope of lads and lasses (and all the in-betweens) from every walk of life,  point of origin, and point of view.   And despite these many differences, we have all been able to all find each other over the years by celebrating together this magnificently daft little TV show that scared the snot out of me as a kid.

It’s been great getting to know you all over the course of our intrepid podcast, and I hope you have enjoyed listening to our show as much as we enjoy making it. I‘m sure we’ll all meet up again this Saturday with “The Bells of Saint John”. Now if you’ll excuse me I have to go watch “The Curse of Fenric”, again. 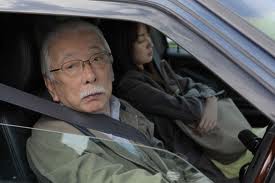 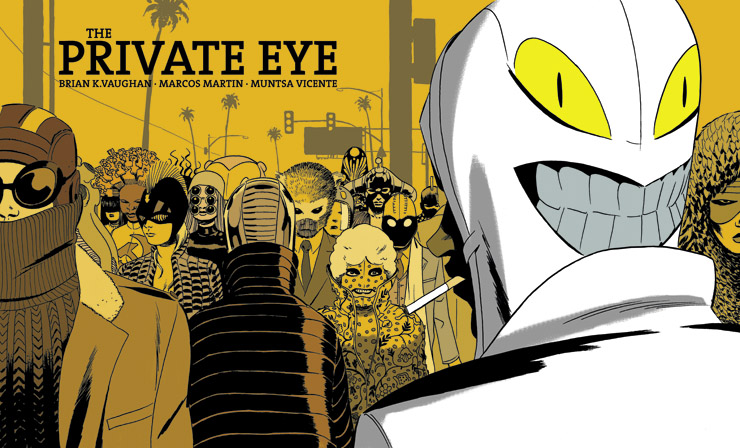