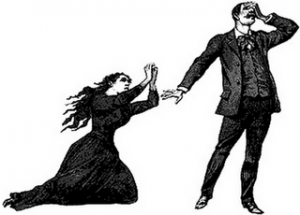 The terms “melodrama” and “melodramatic” have for a long time been pejoratives in artistic circles. A quick look at thesaurus.com brings up “artificial”, “hammy”, “overdramatic”, and “stagy” as synonyms, among others, and for many, the term is often accompanied by an eyeroll or similar indicator of contempt. As mainstream theatre transitioned from pantomime and ballet to plays to silent film to talkies and eventually to TV and the internet, the scale of performances has shifted, with intimacy increasingly favored as the audience is brought closer and closer. Subtlety and realism are the names of the game and heightened emotionality is often considered a calling card of lesser entertainment. But just what is melodrama, and why, if it’s so artificial, has it stood the test of time? 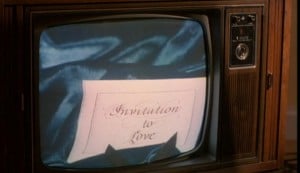 Melodrama (derived from Greek roots meaning music-perform) began in the mid-18th century as recitations with accompanying music. (That’s right- every inspirational speech on TV is technically melodrama.) The form grew, however, and around the time a bunch of upstarts in Philadelphia decided they were tired of taxes and tea, full staged melodramas were the form du jour in Germany. These were basically plays with sections of musical accompaniment, and mono- and duo-dramas with melodic accompaniment started popping up all over the place. Mozart, Beethoven, and Weber featured melodramatic sequences in their operas, to name a few, and the tradition continued into the 19th and 20th centuries via operettas and musicals.

Towards the end of the 19th century, melodrama had started to take on negative connotations, with the term usually referring to rhymed spoken words (often poetry) spoken over piano accompaniment (19th century European rap?). This was considered a form for lesser artists, and staged melodramas fared no better- in England, they came to be almost exclusively rote tales with a set pool of caricatures for characters, similar to commedia dell’arte. Melodrama was still popular with the public, but its perceived artistic merit was debatable at best. Due to the heightened nature of melodrama, it was a natural fit with early film and radio, but as audiences grew increasingly sophisticated, this was moved away from. In TV, the same was true, but a particular niche opened up in the form of soap operas. Begun as extensions of successful radio plays, soap operas have been a TV staple for decades, only starting to decline in recent years. 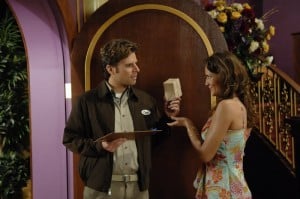 An easy argument could be made that almost all film and television is melodrama, spoken word over accompanimental music used to heighten or complement the emotions of a scene, that it is only exaggerated or poorly executed melodrama that rankles, and that the term is misused and is not in fact a true synonym of those words listed above. This is technically true, but only addresses the early incarnations of the genre and conveniently ignores the later forms. What of them? Why has this form remained popular so long, and why is it so critically snubbed?

Melodrama, in its later forms, has remained popular for centuries for a simple, but perhaps unexpected reason- it’s relatable. The characters are usually broad types that allow the audience to identify with them, to put the specifics of their life around the edges of the performance. Everyone feels like the hero in their story. Everyone has a bitchy neighbor, a wo/man of their dreams, or a boss who seems dead set against them. The emotions are also heightened and everything has enormous stakes, as many people perceive the events in their lives, at one point or another. People can use melodramas as a way to purge themselves of pent-up emotion by tying it in to the performance (not dissimilar to gamers taking out aggression via first person shooters), or subconsciously feel justified in their own extreme emotions, if particularly upset. 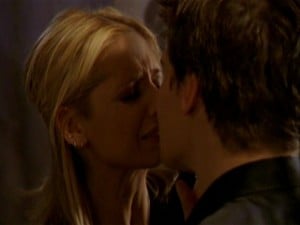 While subtlety is often considered preferable in the attempt for realism, many times the opposite is the case- melodrama can be much truer than nuance. An example is Buffy the Vampire Slayer. This series is defined by its enormous stakes. Characters make life and death decisions every day and in the show’s seven seasons, it’s hard to think of a single relationship built on “like”, as opposed to capital-L Love (for at least one of the characters involved). Yet, despite this, or in fact, because of it, it is often considered one of the best shows about teenagers and high school. For many, its heightened look at high school is far more accurate than much subtler (and excellent) series such as Freaks and Geeks or My So-Called Life. The world won’t end if one doesn’t turn in their English paper on time or make the track team, but at certain moments, it sure can feel that way, and representing that experience, using melodrama, is just as laudable as taking a more measured approach.

Why, then, are melodramas considered somehow lesser? The answer is again simple. They’re not. Not really. The truth is, almost all dramatic television is highly derivative of melodrama, and many of the successful comedies are too. Many look down their noses at soap operas, but this year has seen at least three network series feature evil twins, to name one soap opera cliché, and the number of series with tortured or forbidden romances is frankly absurd. Of the 12 shows nominated for the Outstanding Series Emmy this past year, only three lack distinct melodramatic or soap opera elements (Friday Night Lights, Modern Family, and 30 Rock). If anything, critically lauded shows traffic in these tropes more than less notable shows. “Melodrama” still has a strong stigma attached to it, but that doesn’t change the realities of the current TV landscape, and it doesn’t change what people want to see and what many writers want to explore in their series. Melodrama has been around for hundreds of years, it speaks to certain truths of the human experience, and has potential for greatness. Why not give it the respect it deserves. 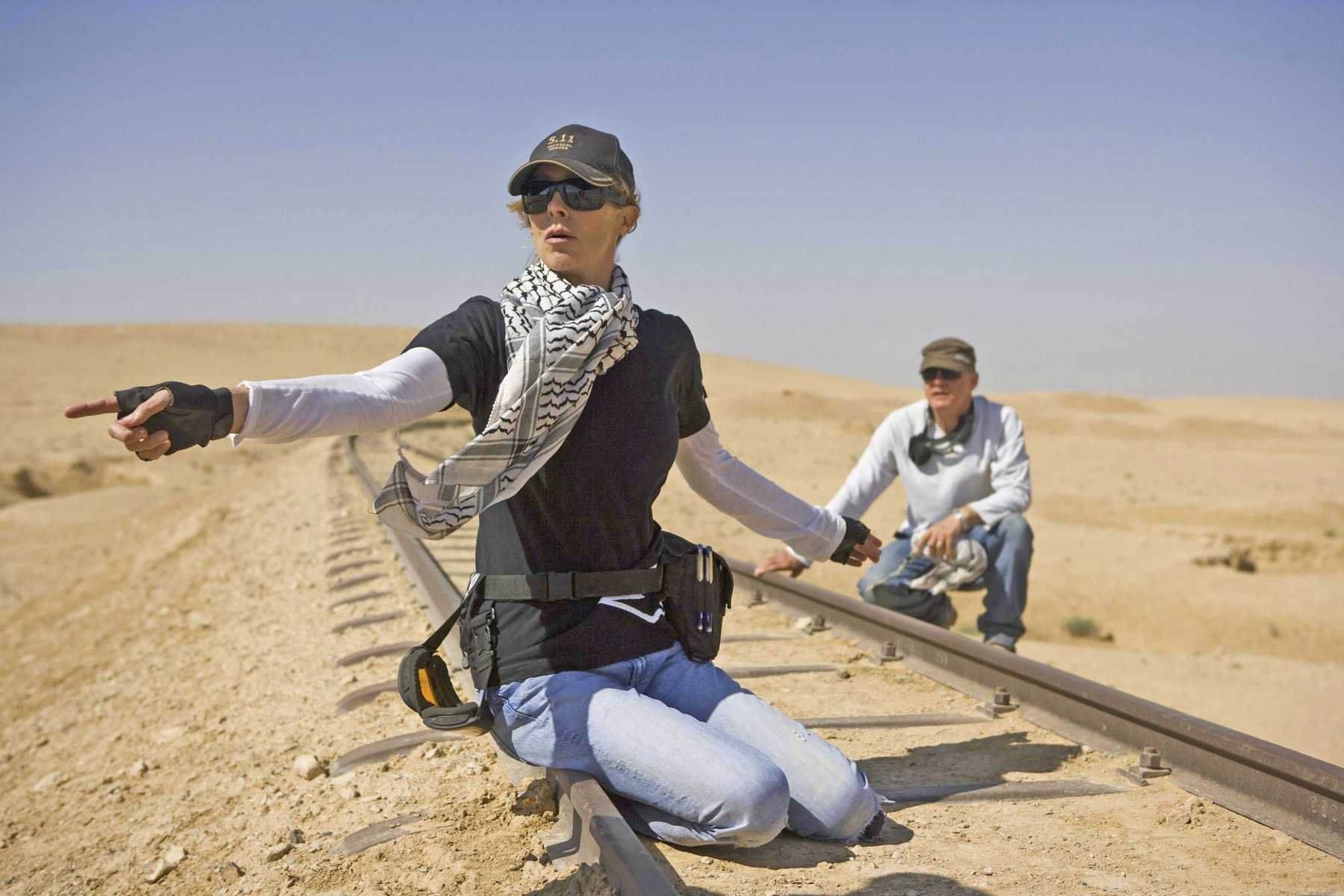 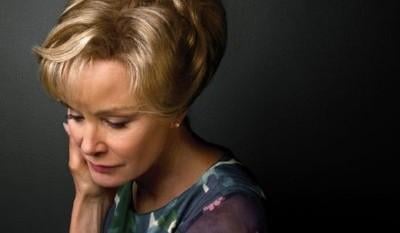