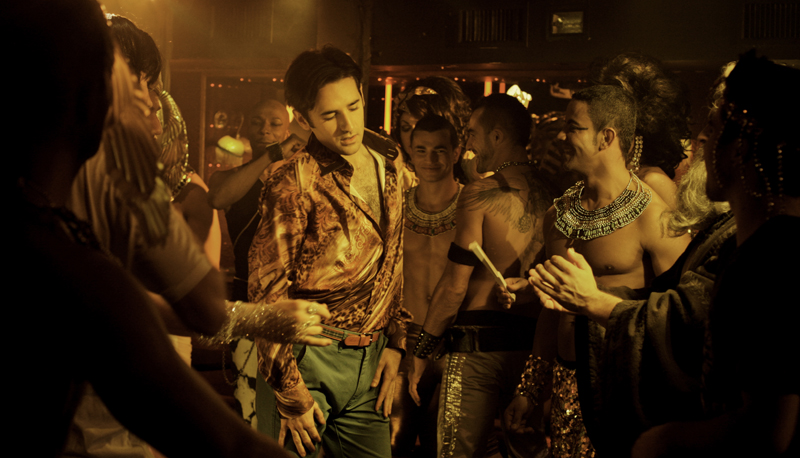 In a small, idyllic Finnish town, Ruben (Nicolas Maury) is living a similarly idyllic life. His lover, Teemu (Jarkko Niemi), is a blonde bombshell of a boyfriend, he finds steady work as a postal worker, his neighbours seem to like him, and nobody seems to mind that he’s homosexual. To Ruben, life is gay. This all changes when Ruben delivers a package of spurious intentions. He’s forced to pack his bags and head back to France, leaving behind his dream life for a hellish nightmare.

Back home, Ruben is reunited with his dysfunctional family, and as tensions come to a boil, secrets and harboured resentments are finally brought to the forefront. However, the film never elevates beyond genre conventions. The characters are stock, their problems are clichéd, and they way they resolve the conflicts are overly sentimental.

As the story unfolds, the events start becoming harder to believe, with the script taking every opportunity to be saccharine and to melt the film’s fragile story structure with cheese. Extra characters and subplots are added to create narrative intrigue, but they are haphazardly handled and only serve to add to the melodrama.

Let My People Go! exists as a strange paradox because, as progressive minded as the characters are, they nevertheless fall into indie genre stereotypes.

For the TJFF 2012 review of Let My People Go!, click here