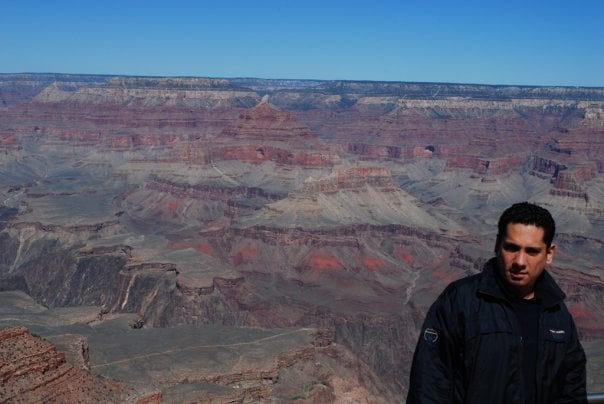 A graduate of Concordia’s Mel Hoppenheim School of Cinema, Eduardo Lucatero is a Mexican-Canadian filmmaker who has worked on a variety of television and film projects in both countries. His first feature, 2007’s Corazón Marchito, is a romantic comedy made for and by cynics. It demonstrated Lucatero’s strengths as a writer who could mould a satisfying character-driven drama that balanced charm and warmth with pitch-black humour. His new film Preludio, is a deceptively simple full length single-take film that craftily distills Lucatero’s interest in character and realistic dialogue over formulaic plot devices. Both the story and the camera follow two unnamed strangers at a party over the course of a conversation with too many cigarettes, too much tequila, and one entirely inappropriate Cancer joke. The characters also become familiar to us as well, as Lucatero uses this experiment in eavesdropping to invite us to become his voyeuristic accomplices.

Under that damned Full Disclosure Clause that I signed without reading, I have to mention that I have known Eduardo Lucatero for more than ten years. We studied together at Concordia and have been both co-workers and colleagues many times over the years. I also freely admit there is always a danger when friends review each other’s films. Therefore, when I recently interviewed Eduardo after his film’s premiere at the Festival du Nouveau Cinéma, it was to let him share with us in his own words the ideas and experiences that make up Preludio.

Why did you make Preludio a single-shot feature length film?

I’ve wanted to make a single-shot film for a while and I ‘m not exactly sure why. Even when it was technically impossible, I always had fantasies about the idea of not cutting a film. In this film, I wanted the audience to feel that they were actually at the party, eavesdropping, which is something I do very often. And when you eavesdrop, you don’t always have the luxury of cutting and changing places, or always hearing everything properly, so I wanted to transmit this idea. I wanted the audience to feel that they were standing there trying to catch what was being said. Sometimes you wouldn’t hear or know what was going on, sometimes there would be pauses, like in real life.

As I understand it, we are number six. There have been at least five full length single shot movies before us, but, even that is debateable. A lot of people swear that Russian Ark has cuts, and some people think that there are at least two quite obvious cuts in Time Code.

I don’t think so. Those two films in particular are big achievements anyway, even though I think that the single take was used more as a gimmick in those films. What I wanted to do with Preludio was to make a film that would be an interesting story by itself. The use of a single take would just be an added touch. However, as I can attest to now, even trying to manage a smaller film like mine was very exhausting,

And you don’t even have a “Persian Envoy Sequence” such as in Russian Ark!

I was mostly working with two actors and three secondary actors and that was still really complicated and took so much time. Even if I had five cuts or 10 cuts, the film still would have been an achievement.

What was the most difficult thing about making Preludio?

Beside technical issues, writing it. It was not easy. That is why most films have so many characters. It is quite easy to bring someone else with the information that you need to give in order to make things clear. And one of the ideas I had with this film was to make it realistic. So how would a conversation between two people in real life work on film? That was really hard. When I’ve had conversations like this I couldn’t take notes when that was happening; it is hard to remember how a conversation flowed. And when writing, how do you go from one theme that I want to speak about onto to the next one without the actors loosing track of what’s going or repeating themselves? Though, sometimes you repeat yourself in real life when you’re talking, and I wanted to have that in the film as well since it makes you think you are a part of a real conversation. We have all been there and we have all had those experiences when you are talking to someone, sometimes there is silence; sometimes, you don’t do anything. The problem for me was learning how to translate that onto screen so that it seemed realistic without making it seem like the actors forgot their lines.

What other kinds of challenges come with making a film this way?

Well, there were a lot of technical issues that prevented a film like this to be made earlier. Unless I shot on video tape, it was hard to find a format that could record for more than an hour at a time until recently, and even so most batteries would not last very long, so we would have been forced to cut at one point. Eventually we were able to get to use the Red Camera with batteries that could record for more than 3 hours, making the film technically possible; but that was still hard on the actors. They are both stage actors, and they are used to theatre and to the thrill of performing live, but they were both working on stage and had to prepare for another play while making this film. This meant that both of the leads had to memorize another script while preparing for my film and they were each bringing things from their other roles into my characters.

Speaking of actors, Anna Serradilla stared in your first film Corazón Marchito, and is quite a famous actress in Latin America. For those not familiar with Latin American film and television, tell us about what her involvement meant for your production.

When Anna agreed to be a part of the film it opened a few doors, because, at least in Latin America, there is an audience who would be willing to go see this movie with her, even if it was a bit experimental. She is the face of L’Oreal in Mexico and she became famous by working on Soap Operas. She is also a good stage actor who is almost always doing a play. She also does movies; and as you say, she was in my first film, that’s when we became friends; so when I wrote Preludio I was writing the script with her in mind. Luis is also a stage performer and he is a good friend of Anna, with Luis on board, I realised I had the film.

I wanted to make a film for friends and with friends. There were a lot of constraints in production, no money, very little time so I wanted a set where everyone wanted to be there. No one there had ever worked on a film like this before, so everyone was excited to be a part of it.

There was a lot of work with rehearsals, for over a year, but most of the production happened on two days because we only had the camera for two days. For the first day we did the rehearsals for the camera, and on the last day we actually shot the film. Since I wanted to do it in natural light, that meant we had very little time to do it properly. The day we shot was on a Friday, and all the actors had commitments for the evening and the following days, so if there had been any single problem that ruined a take, we couldn’t have redone it. It’s always hard for an actor when you have this responsibility. In theatre, you can make a mistake and it is not recorded. Here, a mistake will be forever.

The unsung star of any production like this is the cameraman. How long have you known him? And how do you prepare something like this with him? Did you allow him to improvise?

Because of him (Alejandro Perez) we were able to get our hands on a Red Camera for free for the production. I first met him when we did a short about 6-7 years ago. He also worked with my on my first feature. We work really well together. A lot of cinematographers take pride in working slow, but he works fast, and I think that is why we hit it off; I don’t do 20 takes, and he works very fast and is easy to work with. For Preludio, we talked a lot about certain shots I absolutely wanted to have, but just before we shot on the big day I said “forget everything we said, and imagine you’re shooting a documentary about these people”. During the shoot he incorporated a few ideas that we had planned in preproduction, but basically what we did was stage the action in the place so the actors knew where exactly we’d be moving so they could adjust to that.

How much of the film is improvisational?

Almost none of it is. The film as you see it is 85-90% as I wrote it. The actors had a lot of suggestions during rehearsals, and we had very lengthy discussions mostly around certain words that they had problems with, because those were things that they built on their own characters. So every time we met they would bring new things to the script. But most of the film you see is as I wrote it.

So, why don’t you give your characters names in any of your films?

(Laughter) I don’t thing that it’s natural. I don’t think you go around saying people’s names in a conversation. It always bothers me, and seems artificial. Also, I think it’s nice to almost pretend that any of my characters can be anyone. Actually, someone I know saw Preludio three times before he realised that the characters were not given names.

Back on the subject of eavesdropping, how much of the conversations are based on those you have had with others?

Oh, quite a lot. I have had many of these the conversations myself over the years. A lot of what the two characters say about on food and music are based on real life conversations I have either had or overheard.

What about the Leukemia joke at a Christmas Party?

(Laughter) Unfortunately, that is a true story, and I was its star.

Preludio will be in competition during the upcoming Stockholm Film Festival.
http://www.stockholmfilmfestival.se/en/film/preludio